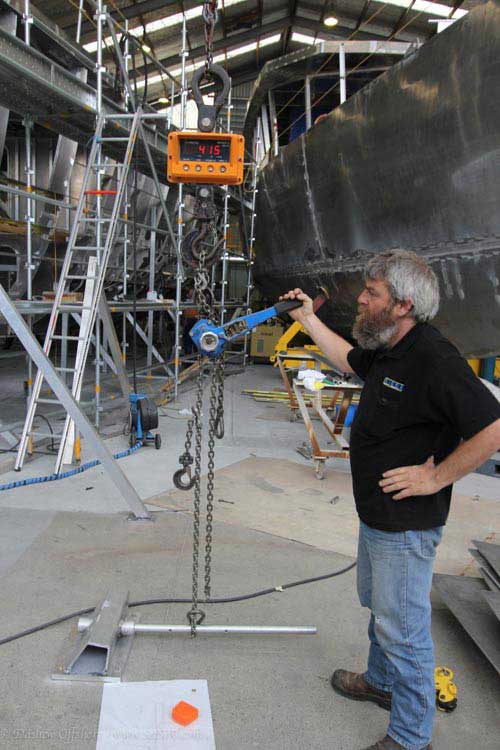 We’ve been thinking about using aluminum lifeline stanchions for a long time as they offer a number of advantages.

To make sure theory and reality are the same, Circa arranged a test to destruction. A section of belting or rub rail extrusion was bolted to the concrete floor with a standard socket design welded in place. We wanted to confirm both the load capability of the system and that the stanchion would fail before damaging the welded socket.

Engineer Ed Firth picks up the narrative below:

With the chain attached 250mm from the stanchion base, a load was applied via the load cell. Stanchion base was checked for roundness before the test commenced. 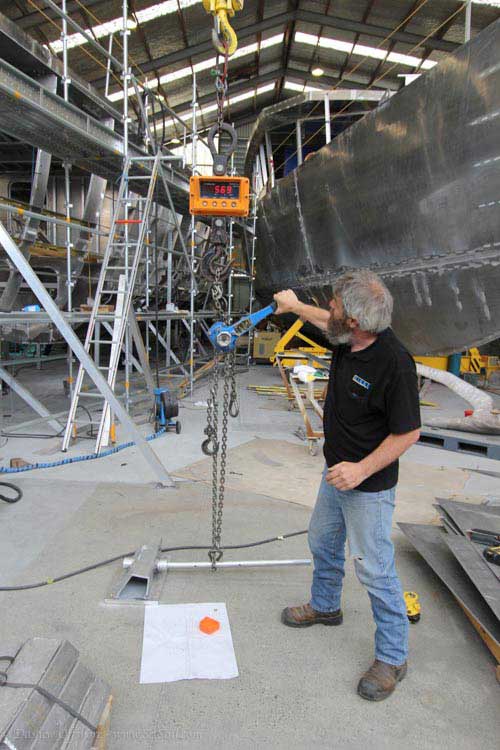 First a load was applied up to 500 kg so there was obvious deflection, then the load was removed. The stanchion returned to its original straight position indicating we were still within the elastic limit of the tube. 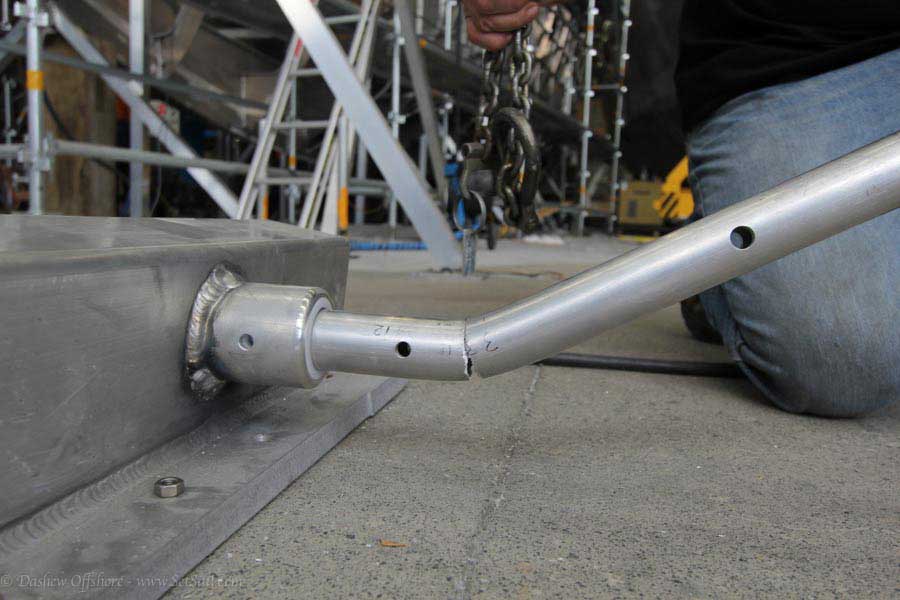 The stanchion base was rechecked for any distortion or out of round, but it was still the same as when the test began.

Breaking at three quarters of a ton might seem like overkill, and for keeping crew aboard as a lifeline stanchion this is a bit over the top. But what we are really concerned about is damage tolerance when rafted with larger vessels, and/or against commercial wharfs. And when damage does occur, we want to have an easily removed stanchion. Looks like we have that wish fulfilled.

This entry was posted on Tuesday, October 28th, 2014 at 12:04 am and is filed under Details, FPB 78, three. Both comments and pings are currently closed.