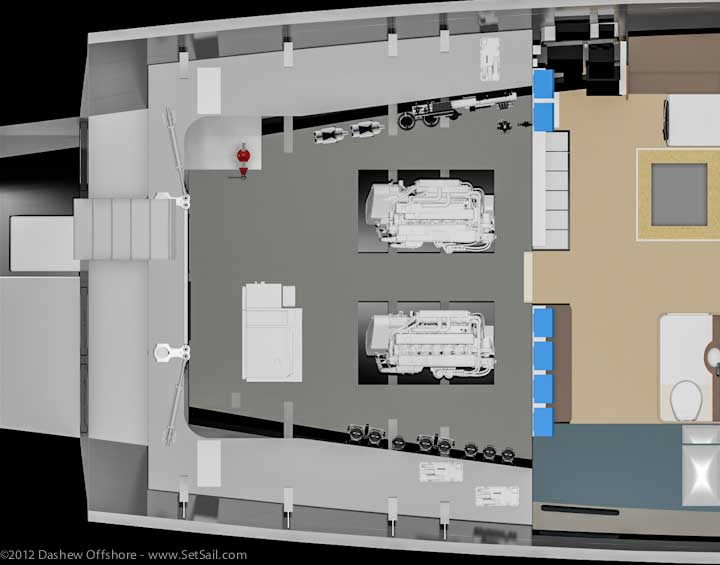 Now we get to the fun stuff, or as we say on Wind Horse, “the play room.” If you are concerned with safety, ambiance, cost, and frustration, it starts and stops right here. Get the systems and drive line right and your cruising life will be most pleasurable. Get it wrong, well, that is why so many boats sit in marinas and boat yards, and why dreams often turn sour.

The answer to doing it right is surprisingly simple. It boils down to several basic principles: 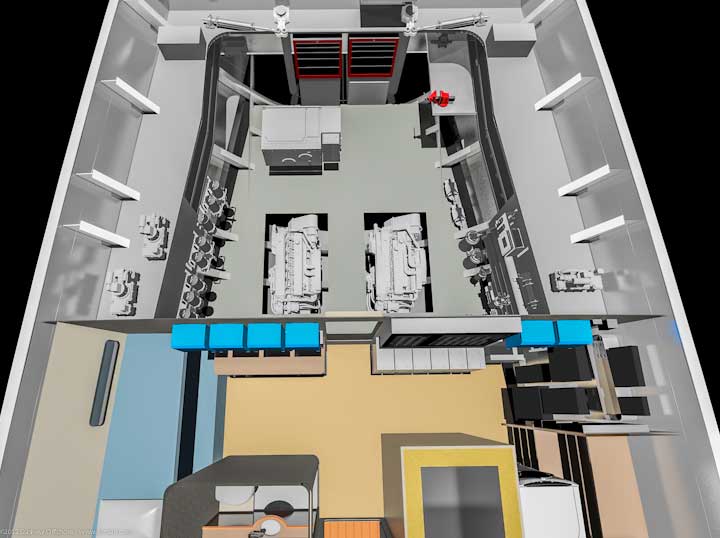 What you see here is the preliminary layout for the engine room. 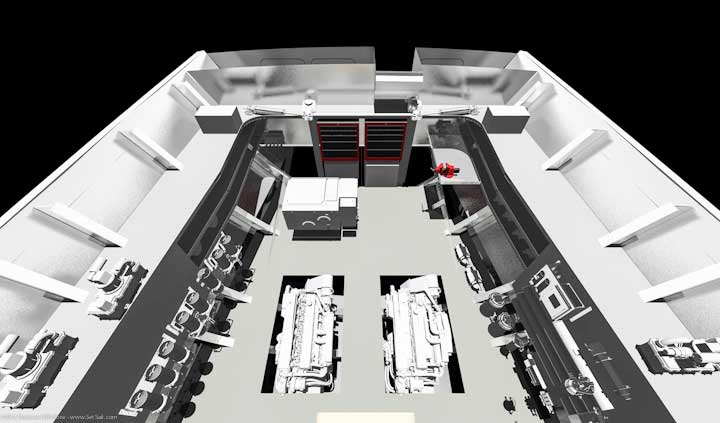 These renderings are done with a wide angle lens, so there is a bit of distortion. The goal is to get a view of the engine room as a whole. 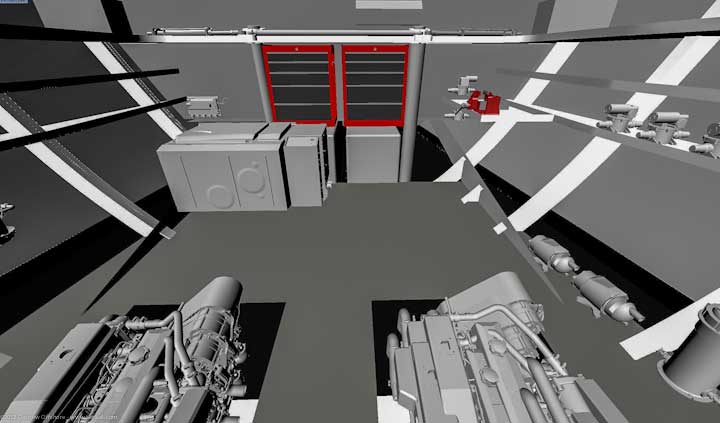 We do this now to determine what the challenges are, so that these are resolved before aluminum plate starts being fed into the plasma cutter. 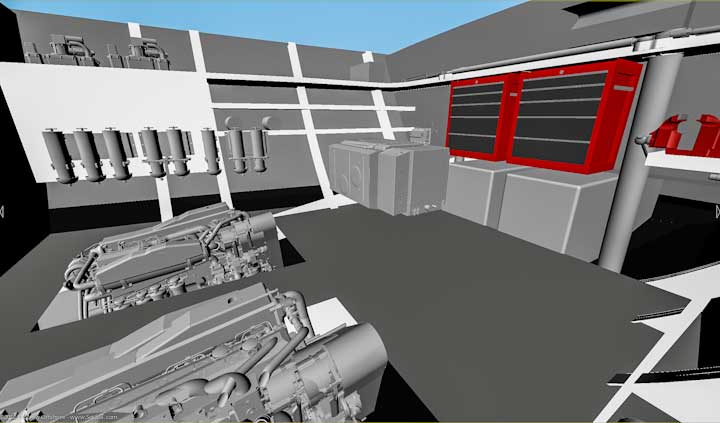 It is a big engine room, with lots of access, good storage potential, 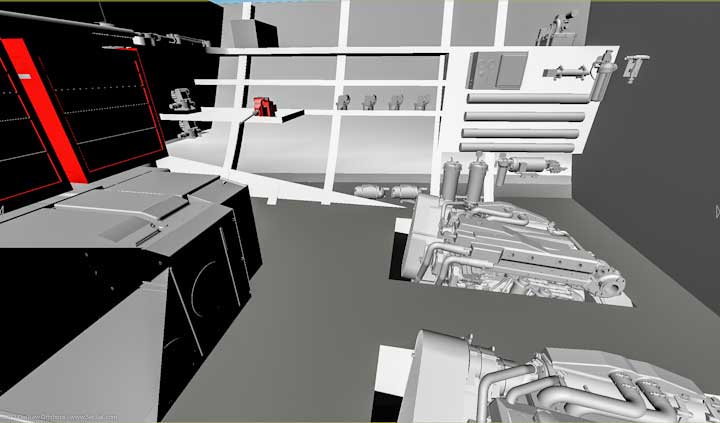 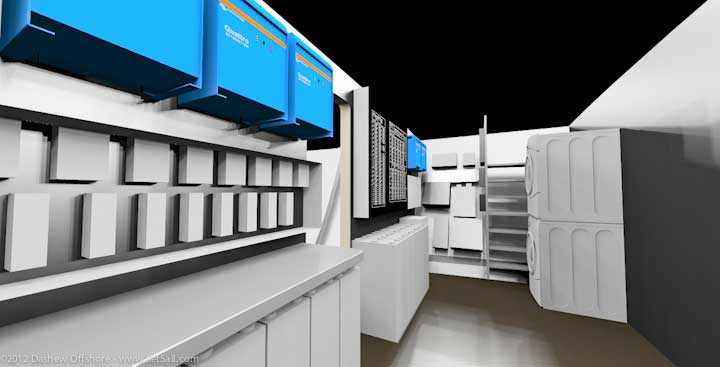 Equally important is the systems room just forward. Here live batteries, inverters, transformers, switch panels, fuses, and electronics black boxes. All easily accessed. Got a problem with a piece of electronics? This is where you start. 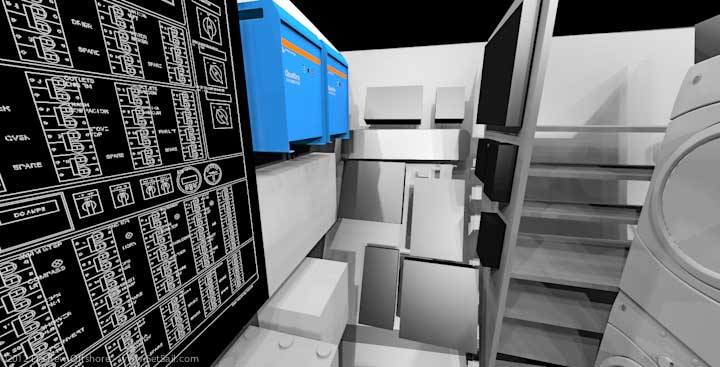 Here is an example of where 3D layout and real world experience converge. It is evident from the renderings that hull side and bulkhead contain enough space for each of the black boxes. But they are too close for wiring and working on them. So everyone is now aware we need more space. That space may be taken from the storage shelves forward or these may end up on sliding panels.

It will be many months before these areas are detailed in real life, and the final layout could look different. What we’ve done here is prove that the space is available.

This entry was posted on Monday, March 5th, 2012 at 12:20 am and is filed under Dashew Logs, Wicked FPB 97. Both comments and pings are currently closed.