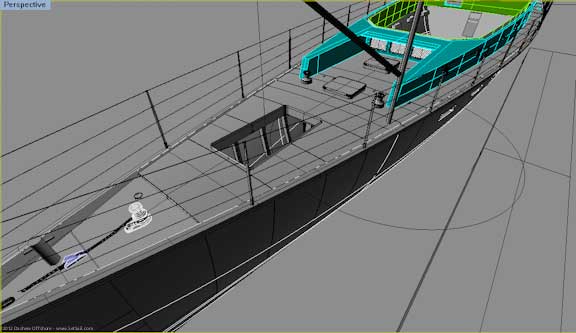 A small but important design detail has to do with getting heavy items on/off the boat. This sequence shows a demountable jib crane, comprised of two aluminum pipes. The first series shows use with the forepeak. 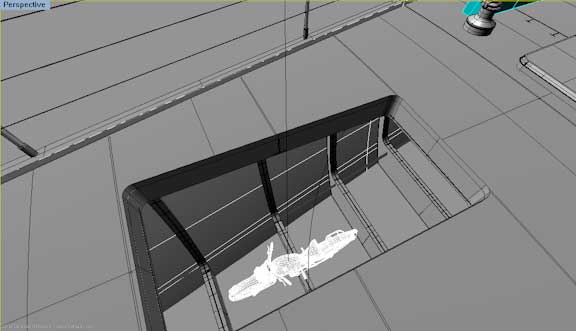 The halyard leads to an electric self-tailing winch. 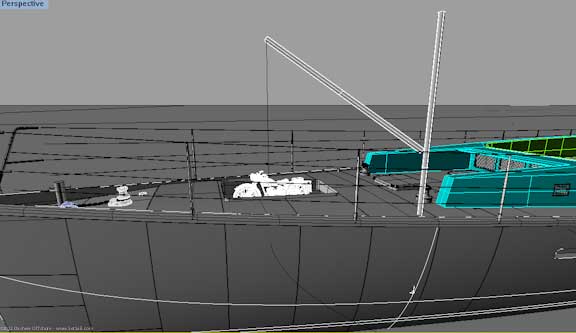 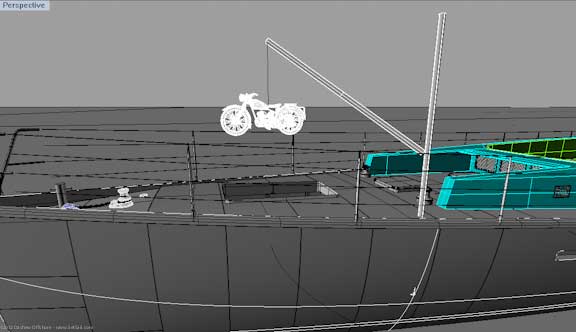 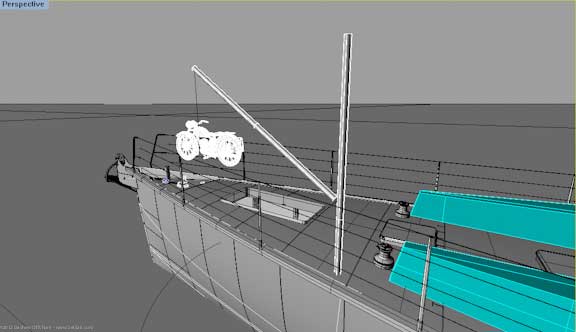 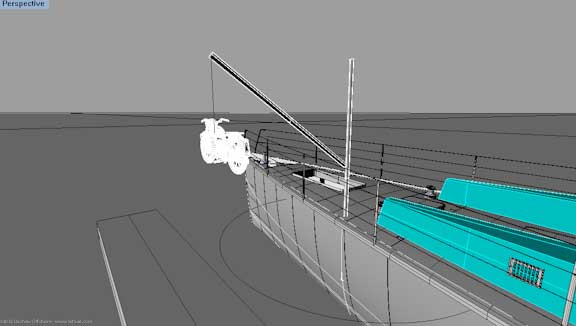 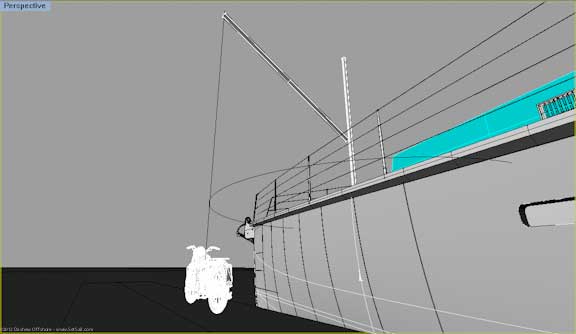 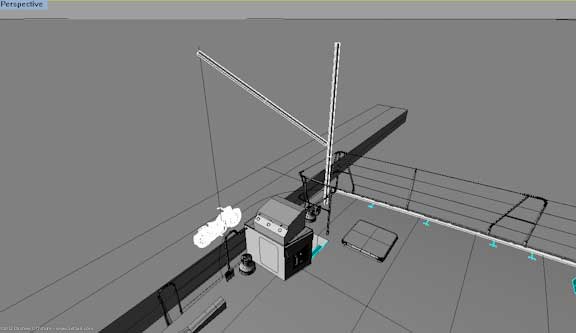 What if you are moored stern-to, or need to get something into or out of the engine room? 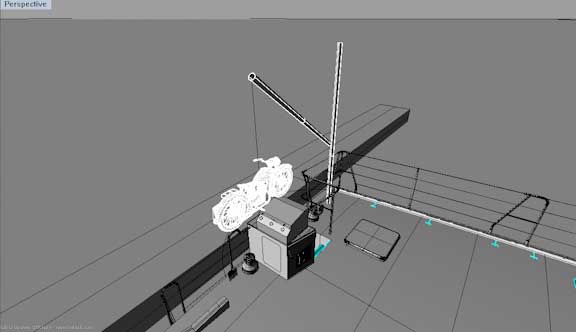 Take the two jib crane pipes aft, install into the stern socket, and you are ready to deploy or retrieve. 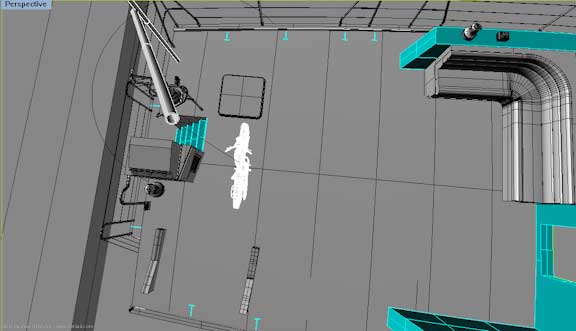 This entry was posted on Saturday, March 3rd, 2012 at 2:36 pm and is filed under Dashew Logs, Wicked FPB 97. Both comments and pings are currently closed.