FPB 97 Interior – Thursday Is The Day 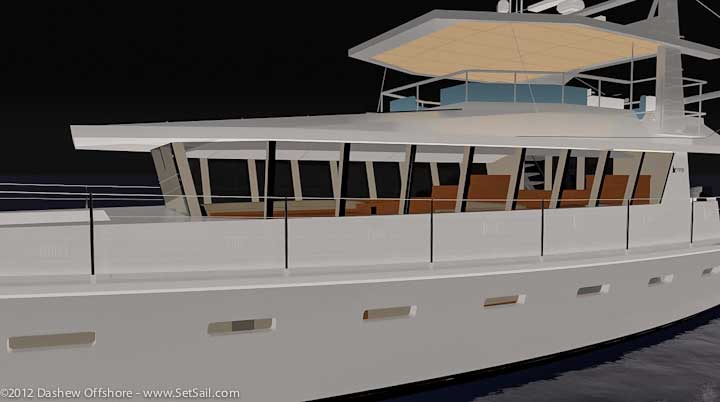 The interior decks of the FPB 97 offer many opportunities and a few challenges. There is an enormous amount of volume, which is wonderful to have at anchor, and we want to preserve the sense of openness that comes with that space. But this is a seagoing vessel. There are certain requirements that relate thereto: handholds, furniture that secures one’s body, working areas that are functional in less-than-benign conditions. It is the latter which allows you to enjoyably voyage to those wonderful cruising destinations. 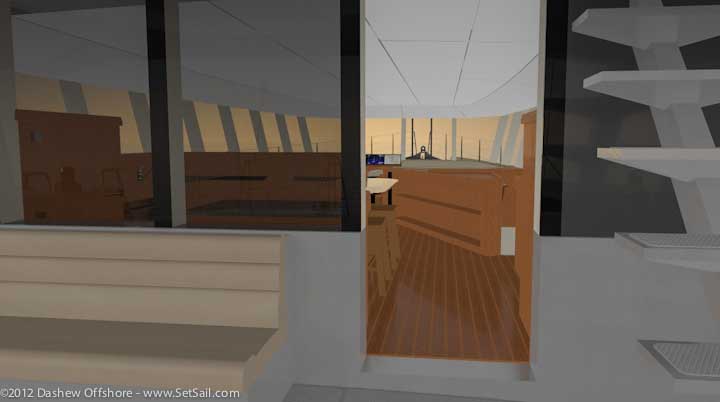 What we’ll show you starting this Thursday, February 23rd, is the result of many long hours at the computer, much dialogue, innumerable tweaks and refinements, along with the input of current owners, the FPB team, and a number of professional captains. We’re excited about the outcome. We think you will be too. See you Thursday.

This entry was posted on Tuesday, February 21st, 2012 at 2:53 pm and is filed under Dashew Logs, Wicked FPB 97. Both comments and pings are currently closed.