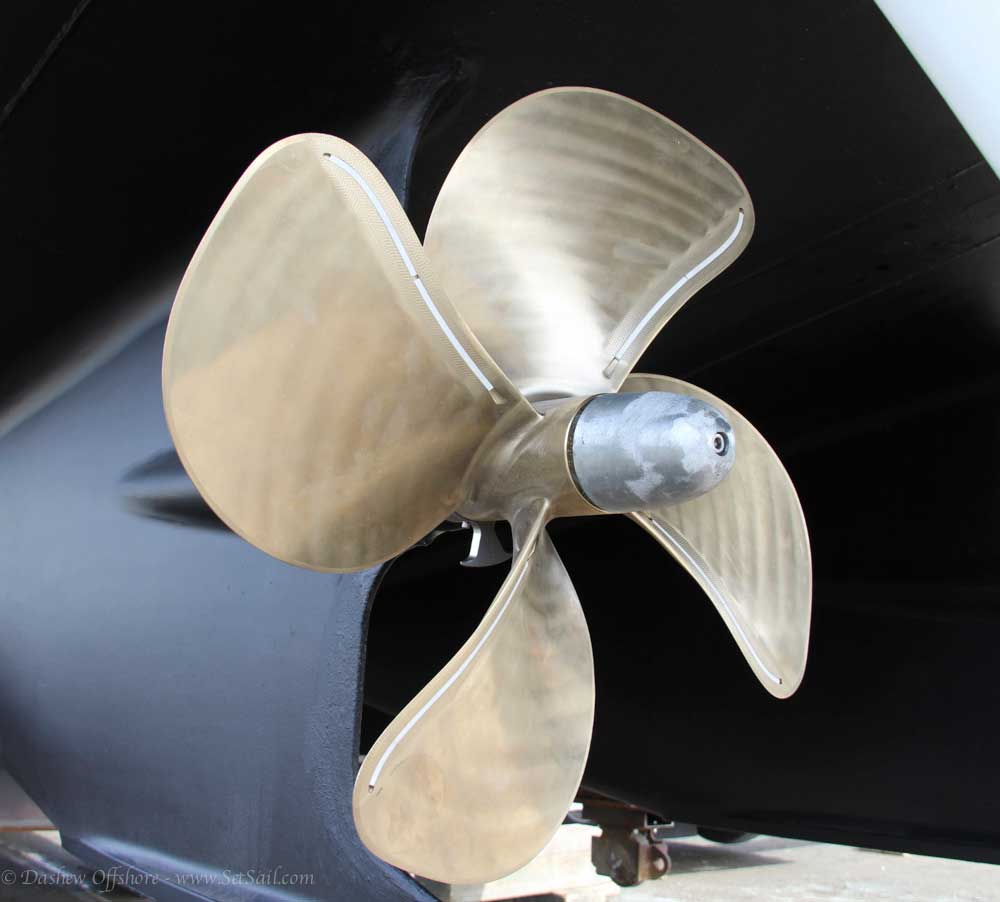 In an earlier post we mentioned having learned the hard way to take propeller manufacturers’ performance claims with a healthy dose of skepticism. Now that we have had an early taste of the Veem interceptor propellers, we can tell you they work as advertised on FPB 97-1.

The Veem props have a dovetail slot machined into the trailing edge of the blades, and interceptor strips are slipped into the slot to increase pitch. We can confirm that they effectively increase pitch by 10%, and thicker strips have been ordered to give the FPB 97 a bigger bite. 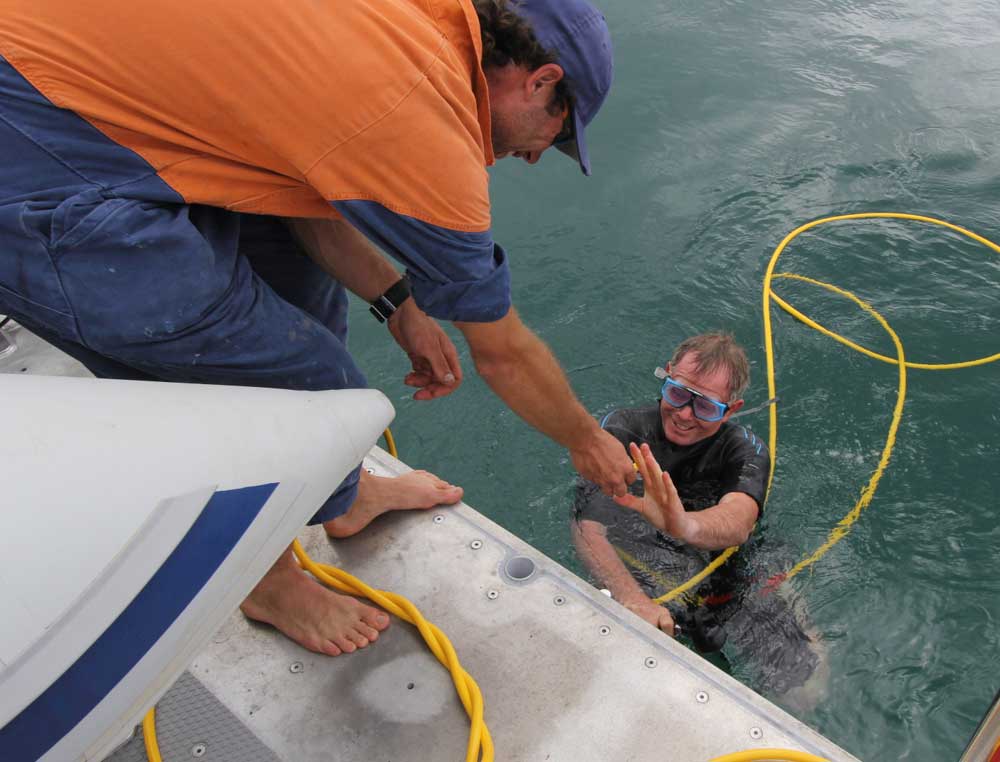 Time to change these interceptor strips at anchor is under 30 minutes.

Veem’s website page with info on their interceptor props is here.

This entry was posted on Friday, December 5th, 2014 at 9:42 am and is filed under Cruiser's Tech Talk. Both comments and pings are currently closed.