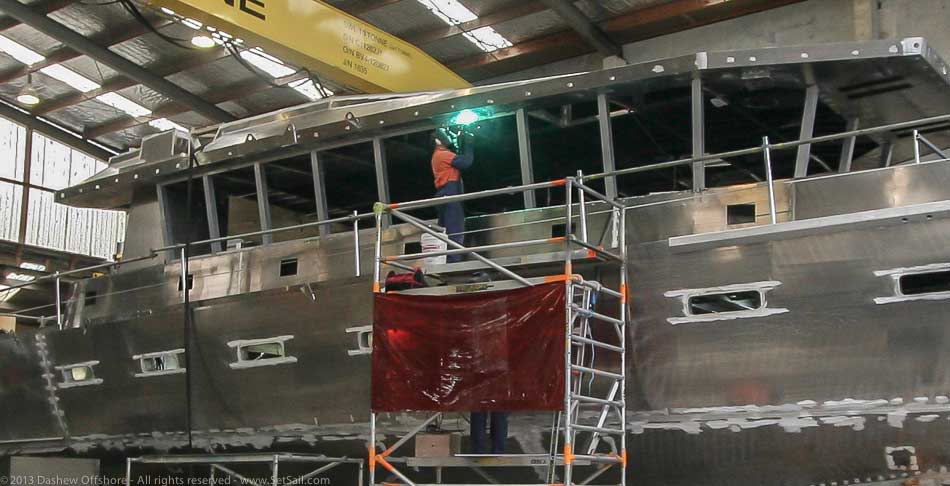 This week we bring you an update on FPB 97-1 and FPB 64s eight, nine and ten. Starting with 97-1 where metal work is rapidly coming to an end. 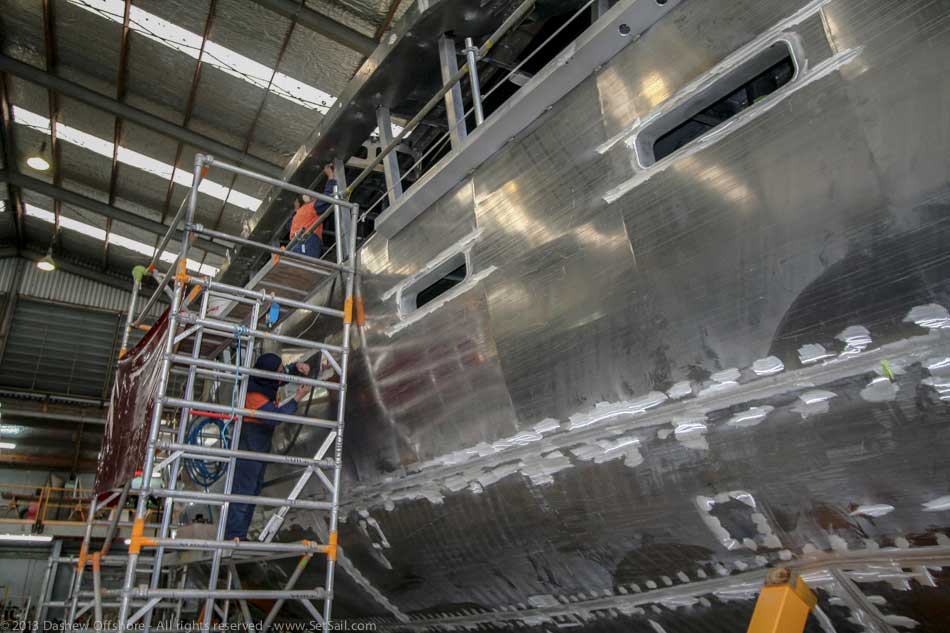 You will note the temporary stiffeners shown previously in the hull windows are now removed. 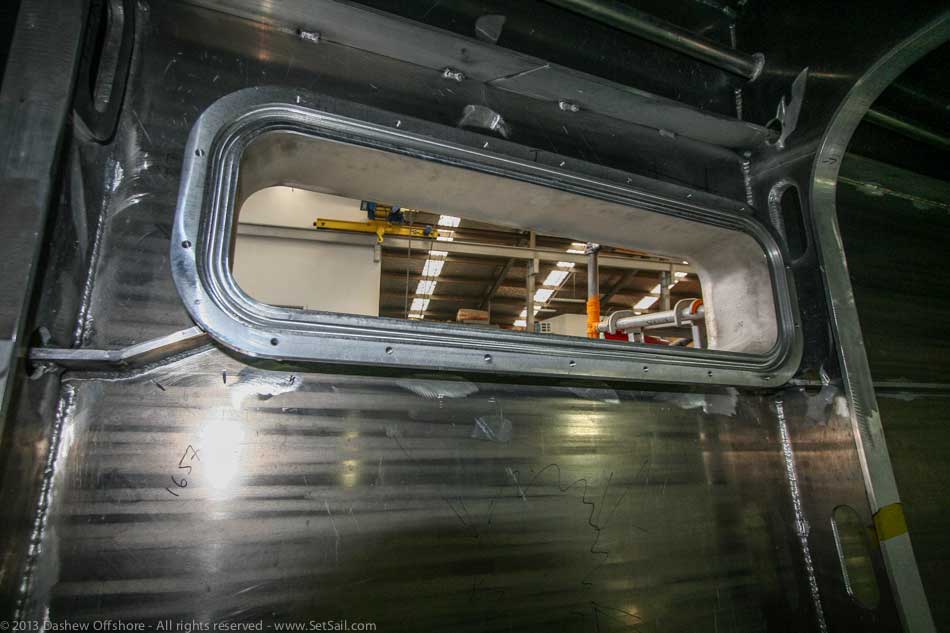 A detail of the hull window frame casting from the inside. 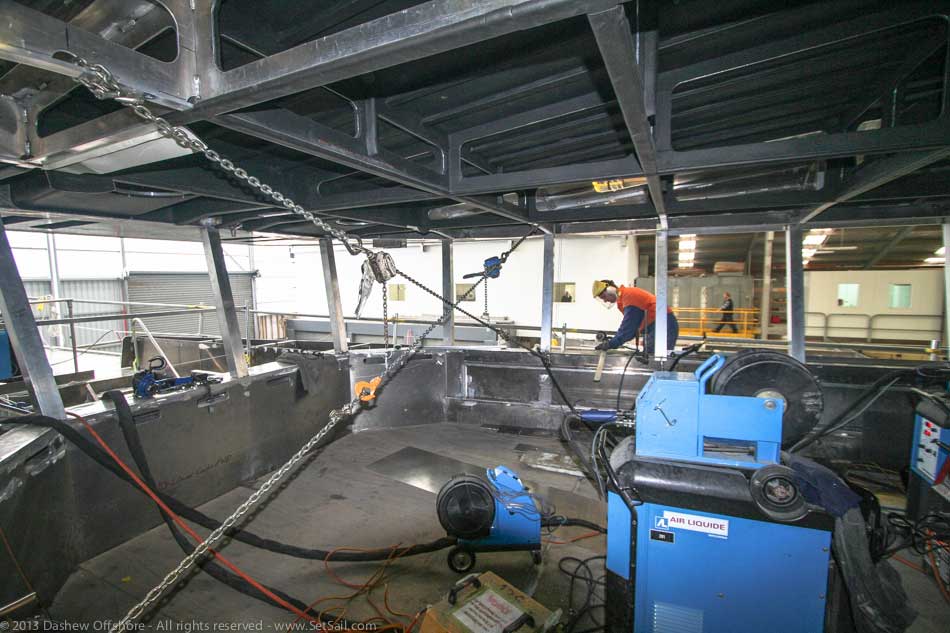 What will become the great room, forward end, looking from port to starboard. 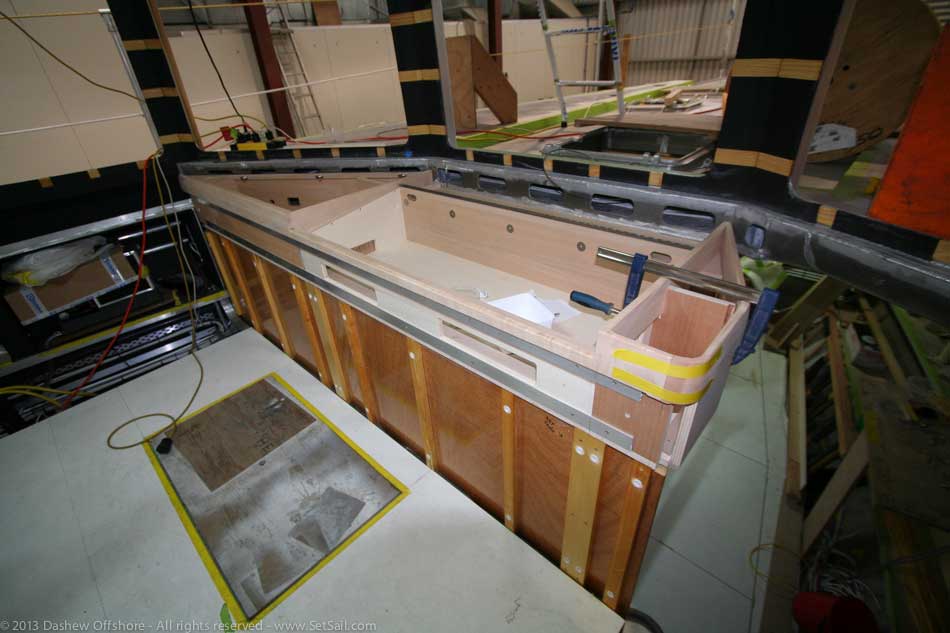 Switching now to FPB 64-9, the interior foundation is well along. Note that the aluminum surfaces have all been insulated. 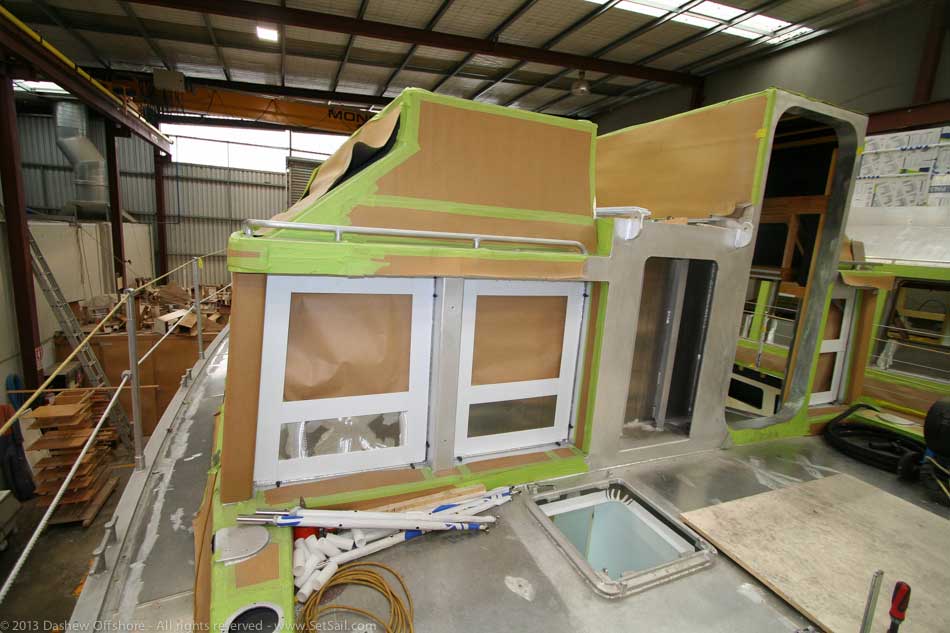 Another photo of FPB 64-9, this time of the aft end of the house structure, with window frame areas templated for windows. 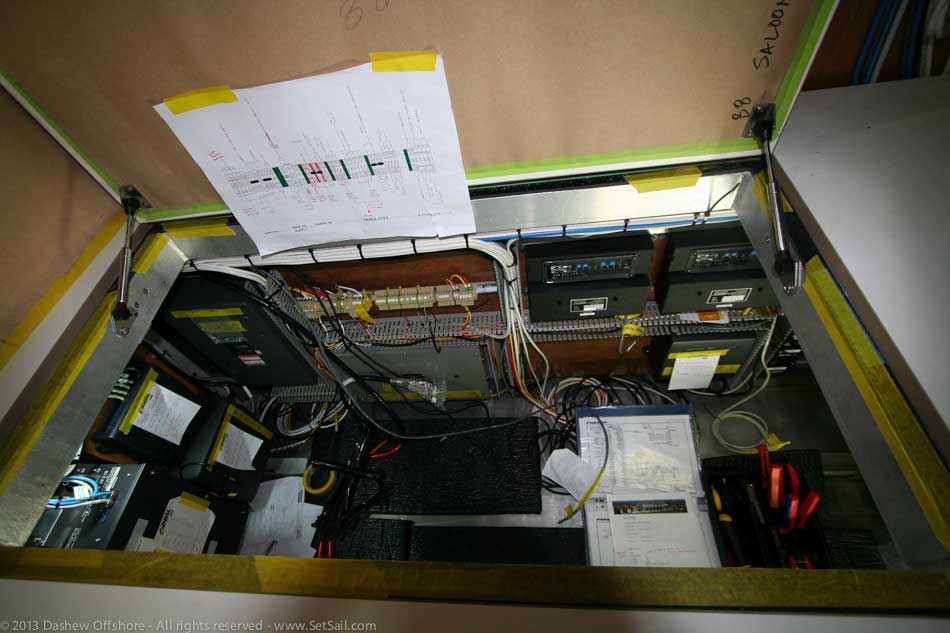 Finally, a few photos of FPB 64-8 and the efforts of the “sparkies” (electricians). This is looking into the basement from the great room. 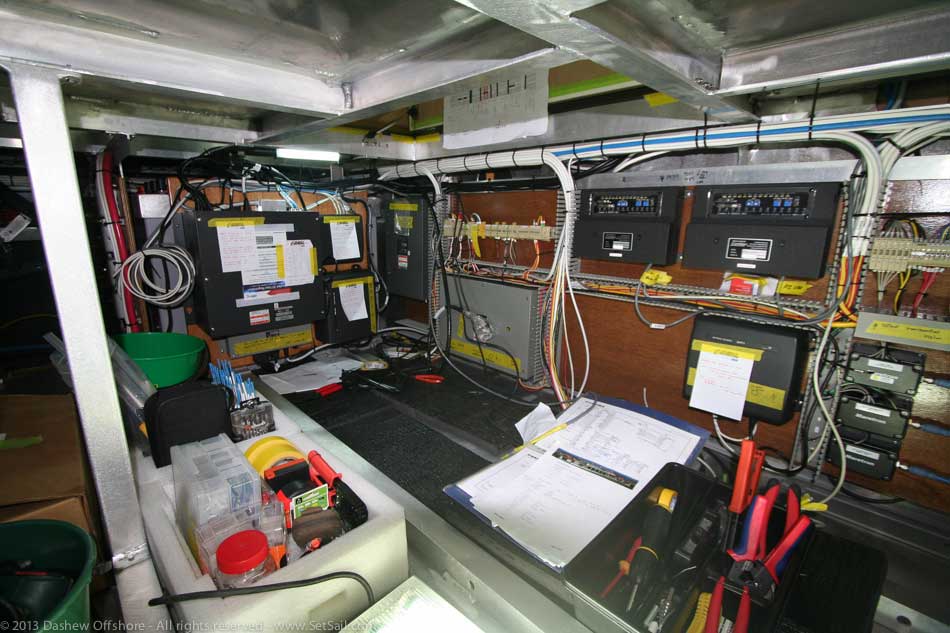 Now looking forward in the basement to the bulkhead wherein reside various electronics black boxes and much of the N2K data system. 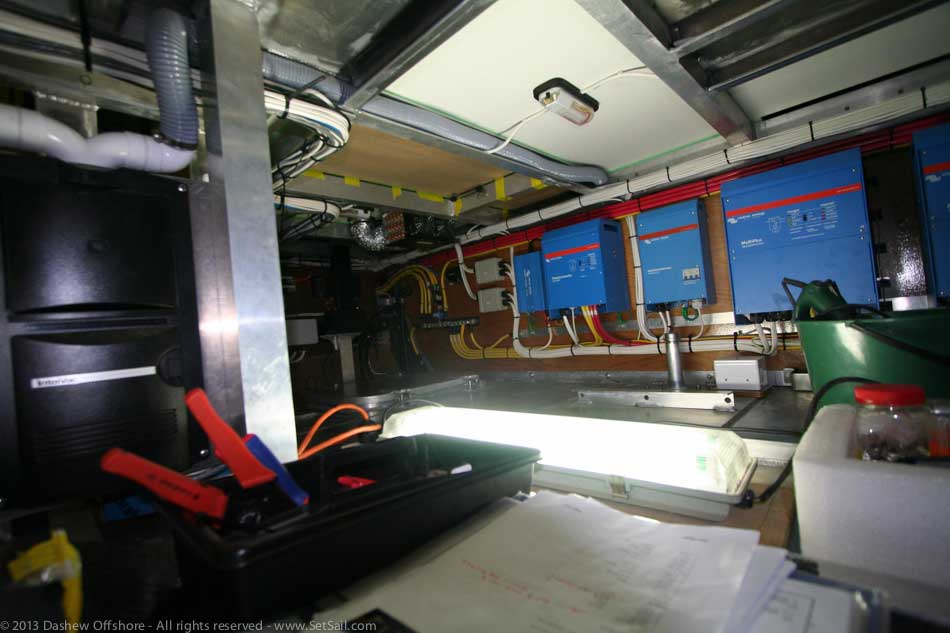 This entry was posted on Friday, August 2nd, 2013 at 5:44 am and is filed under Favorites, FPB 64 Updates, three, Wicked FPB 97. Both comments and pings are currently closed.