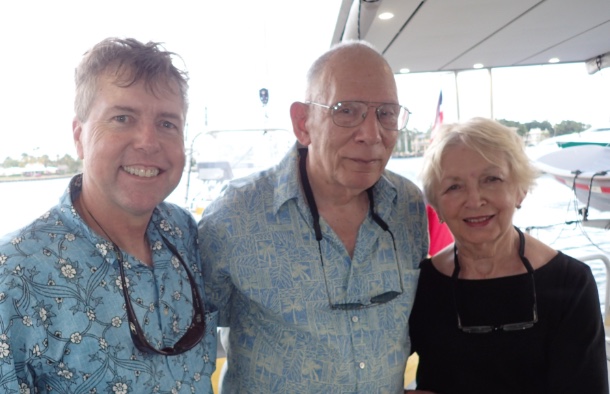 Berthon has just announced the appointment of Jeff Merrill as Ambassador for the FPB Brand on the West Coast of the USA with immediate effect.

We first met Jeff in June 2016, when he flew down to Whangarei for the launch party of FPB 78-1 Cochise. But Jeff has been in the marine industry for over three decades. He grew up in a boating family and has raced sailboats of all sizes his entire life, including competing in the 1987 America’s Cup trials in Perth, Australia.

Jeff spent 14 years at PAE/Nordhavn, and was their top salesman. In 2014, Jeff formed JMYS (Jeff Merrill Yacht Sales) to share his experience with a wider range of cruising enthusiasts.

Sue Grant of Berthon commented – ‘We are delighted to welcome Jeff to the FPB team. His understanding of the exceptional qualities and abilities of FPB will enable him to offer us increased visibility on the West Coast of the USA, which is a very important area. His experience and knowledge of the market place is a big plus.’

Said Jeff Merrill – ‘Steve and Linda Dashew are a legendary cruising couple whom I have admired for decades. It is a huge honor to work together with them on this team. Visiting the Circa yard in New Zealand convinced me of the construction quality and craftsmanship. Until you have gone offshore in an FPB you will not be able to fully appreciate the exceptional design – every detail has been considered and optimized. I look forward to introducing more clients to these remarkable yachts and can’t wait to get underway.’

To get in touch with Jeff, read his blogs, and more, check out www.jmys.com.

This entry was posted on Wednesday, March 1st, 2017 at 1:55 pm and is filed under The Logs. Both comments and pings are currently closed.