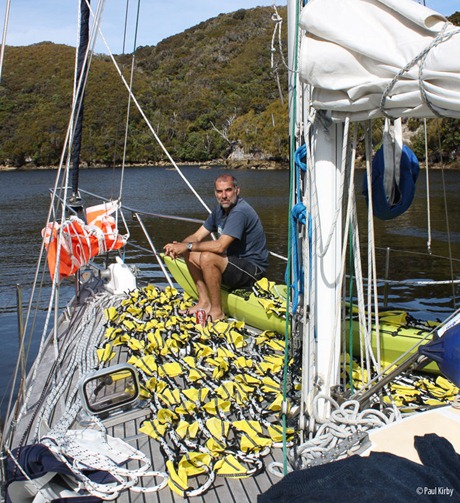 During our research for Surviving the Storm, the one heavy weather drogue system that stood out was Donald Jordan’s series drogue design. John Harries has a fascinating account of a true survival storm and the use of a JSD on his website, Attainable Adventure Cruising. You can read this account by clicking here. This long, detailed post is worth your time.

This entry was posted on Tuesday, January 22nd, 2013 at 9:42 pm and is filed under Cruiser's Tech Talk. Both comments and pings are currently closed.