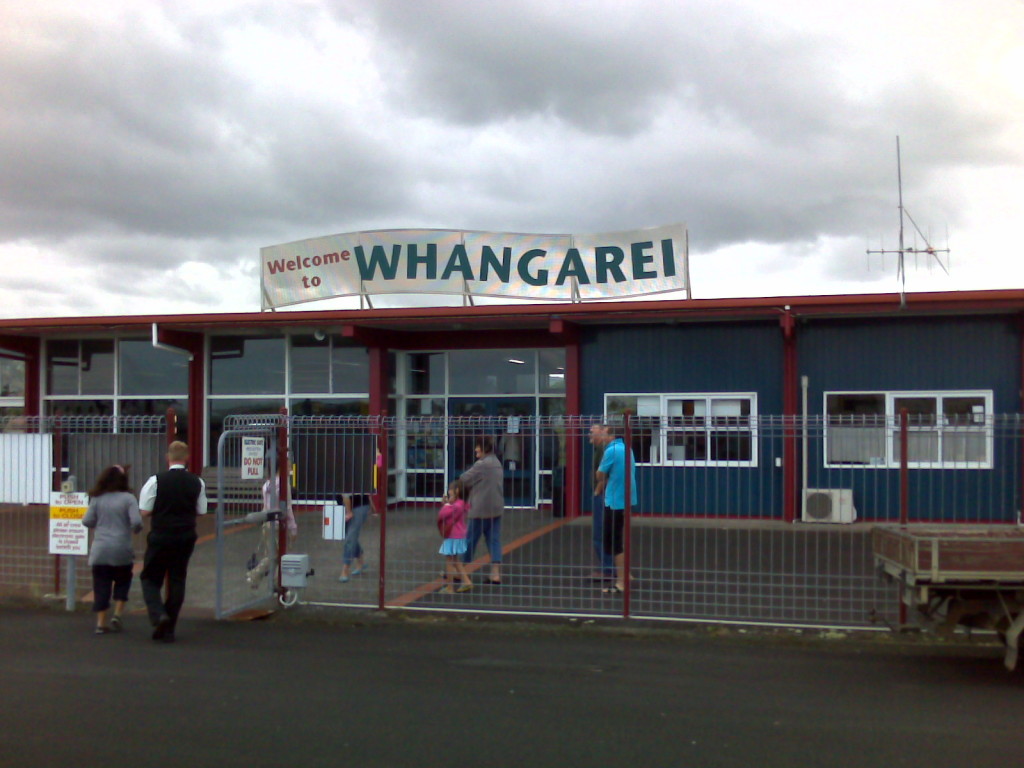 It was six years ago (January 24th, 2008) that Steve and I first went to New Zealand to have meetings with Circa Marine in Whangarei, regarding the construction of the FPB 64. That trip, my first to New Zealand, seems like it occurred just yesterday.  Two weeks ago, as Steve and I touched down in New Zealand to finalize details on the new FPB 78 with the crew at Circa, the changes and milestones reached over these past six years loomed large. 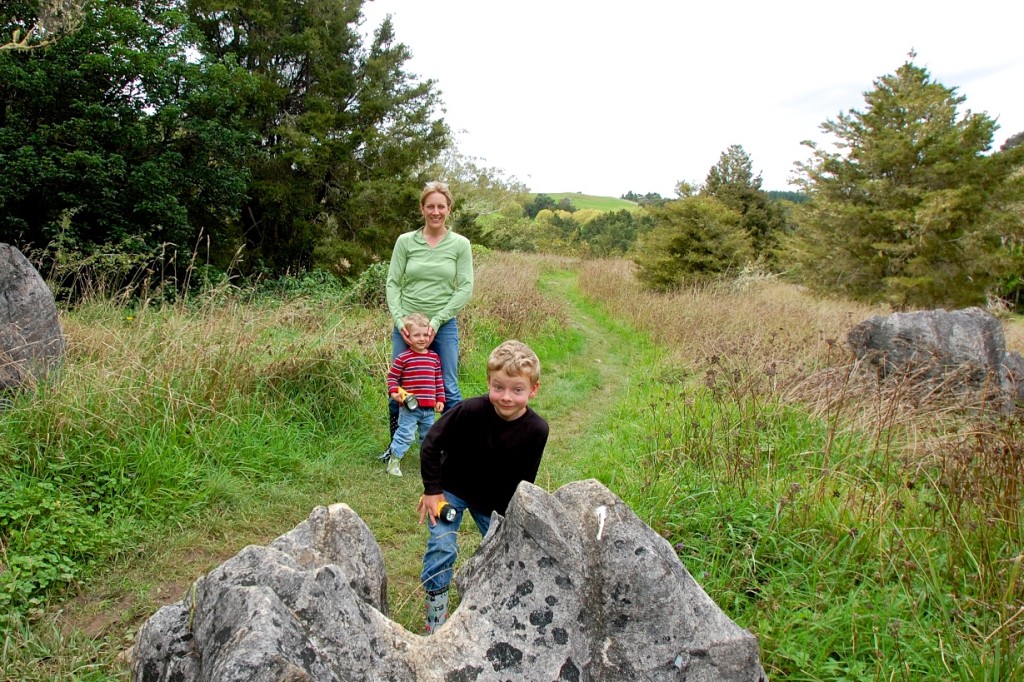 This was my 30th trip to New Zealand. Whangarei has become a home away from home for me, and I have had the privilege to work with amazing people, make lasting friendships, and enjoy a part of the world that many long to see for the first time. My family has been very supportive of my “relationship” with the FPB program (photo above near Abby Caves, Whangarei: Lara, Benjamin, Timothy), and have been able to join me on two of these trips – and we all agree that the Kiwis and their beautiful county are fantastic. 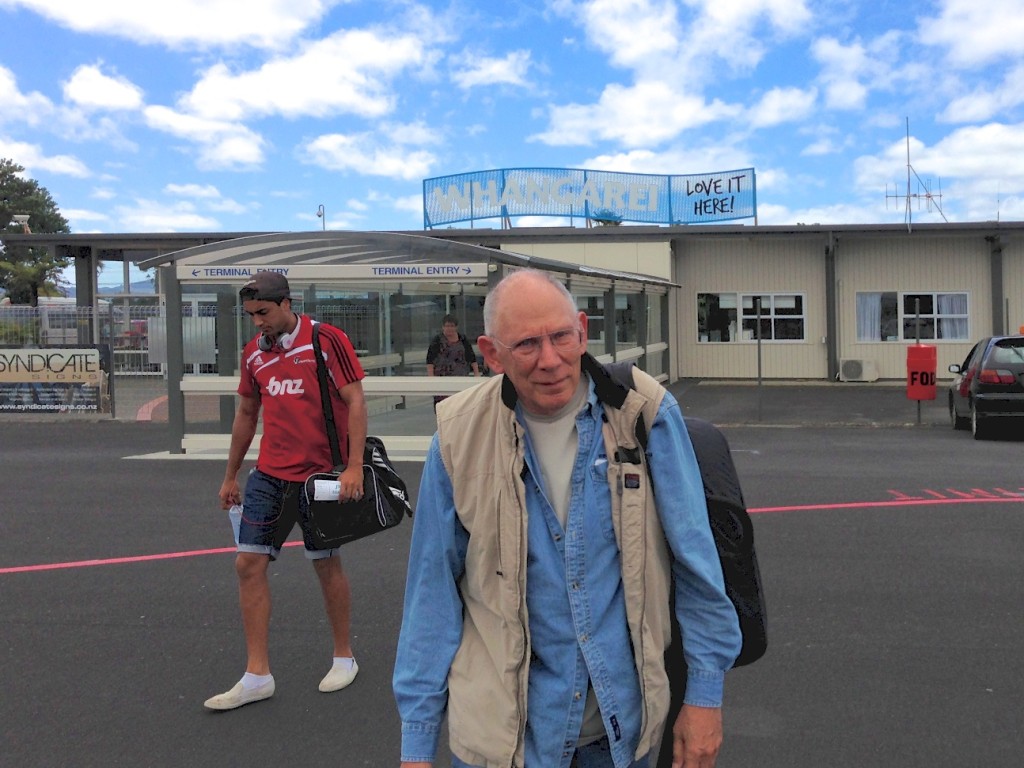 Six years has brought about heaps of progress and changes. The terminal at the friendly Whangarei District Airport (Onerahi) added a protective breezeway for the 2011 Rugby World Cup. 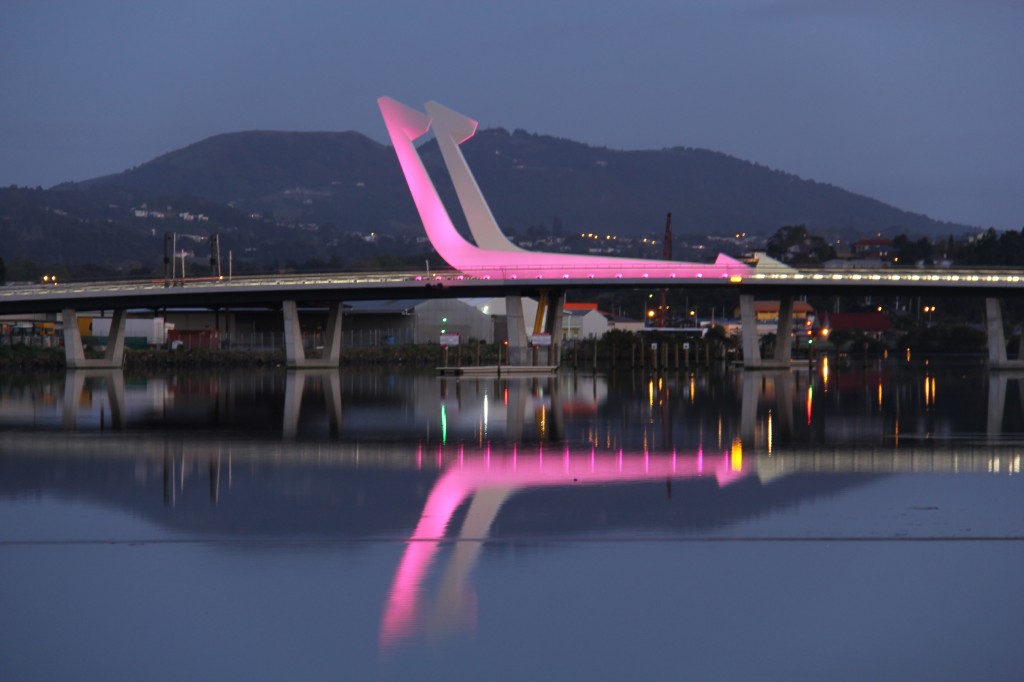 The Hatea River Bascule Bridge, a major Northland infrastructure project completed last year, alleviates much of the Whangarei “rush hour” stress in the CBD. Being typically still tied up with work at rush hour, I can only comment that it is an impressive piece of hardware. 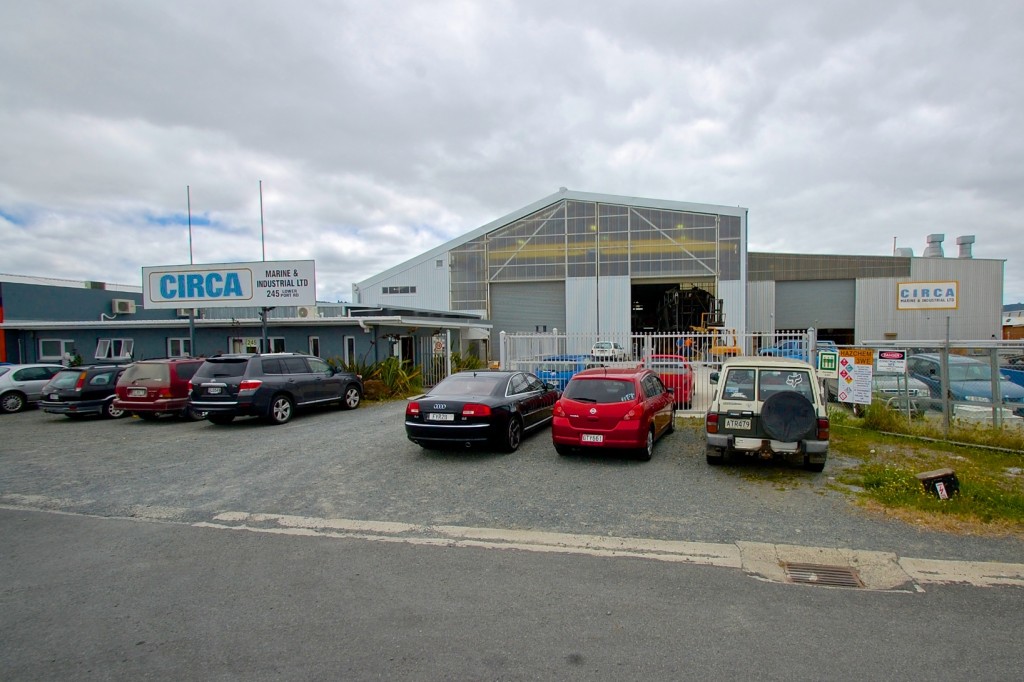 On the business side, Circa Marine & Industrial has expanded their facilities to allow for the efficient production of the larger FPBs. This next photo below shows the main shed with FPB 64, hull #1 (Avatar) under construction – October 9th, 2008. 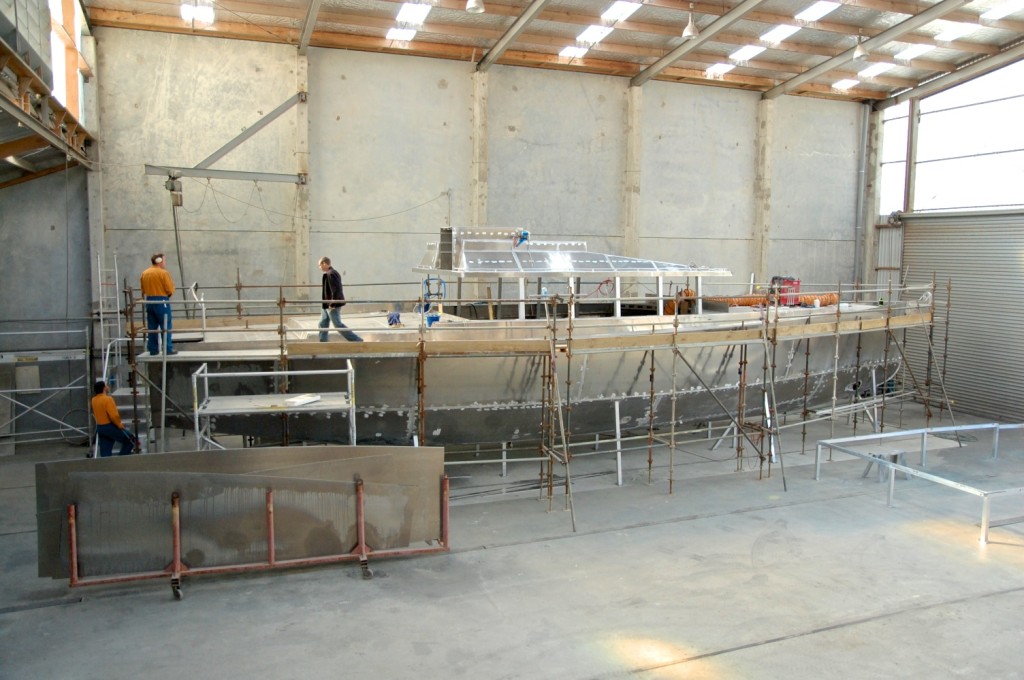 The followimg photo is the main shed as it exists today (January 2014) with FPB 97-1, and FPB 64-10, in their respective stages of construction. The additional space will allow FPB 78-1 to rise up between the two. The mezzanine that allows the crew to board at deck level, along with the addition of an overhead gantry (yellow) has been a major factor in efficiency in this shed. 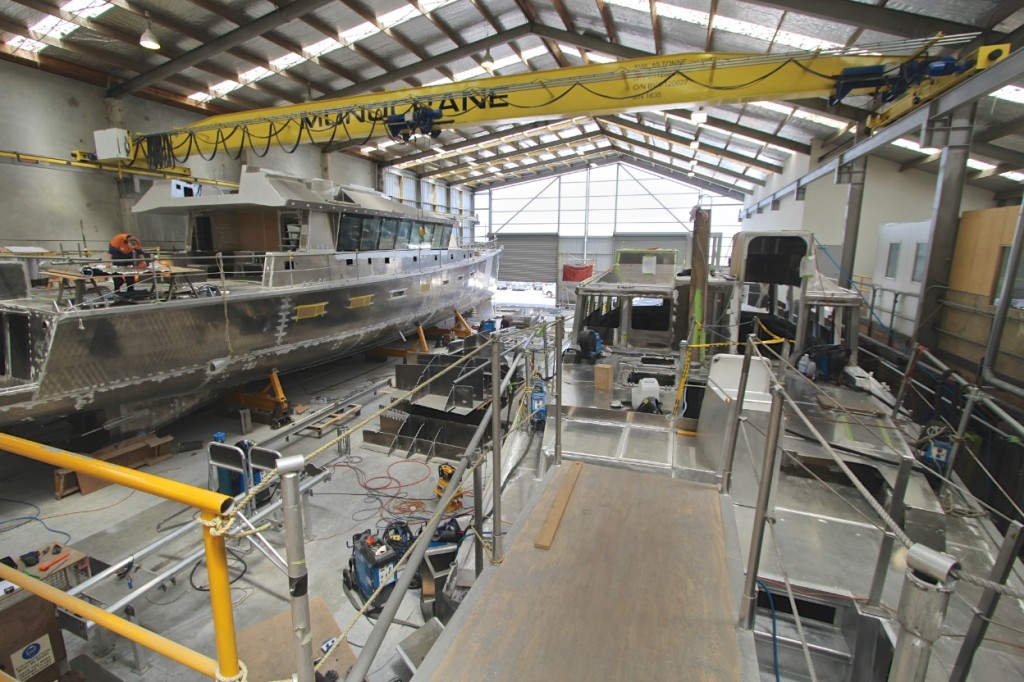 In the fall of 2008, with FPB 64s 1 & 2 underway, Circa was beginning to assemble a world-class team of “chippies”. As you will see in the next two photos (before/after), the wood shop has come a long way since then. They’ve gone from simply trying to sort space in order to allow the trade to effectively execute their craft, to establishing a first-class cabinet and wood shop that allows the team to be at the top of their game. All around, Circa has done a tremendous job of meeting the challenge that was set before them back in January 2008. 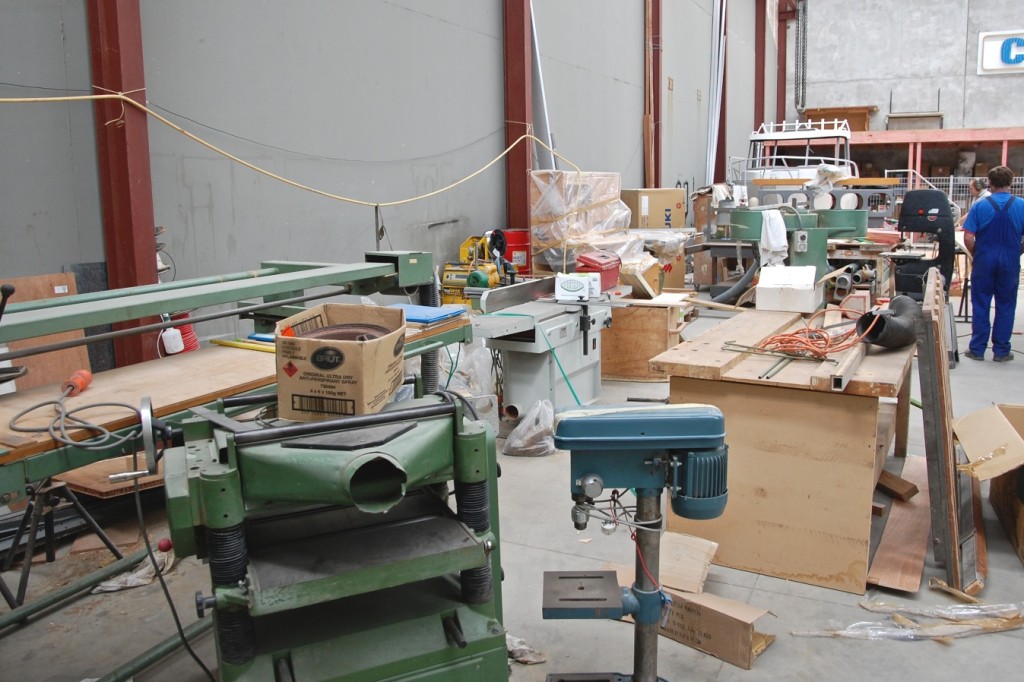 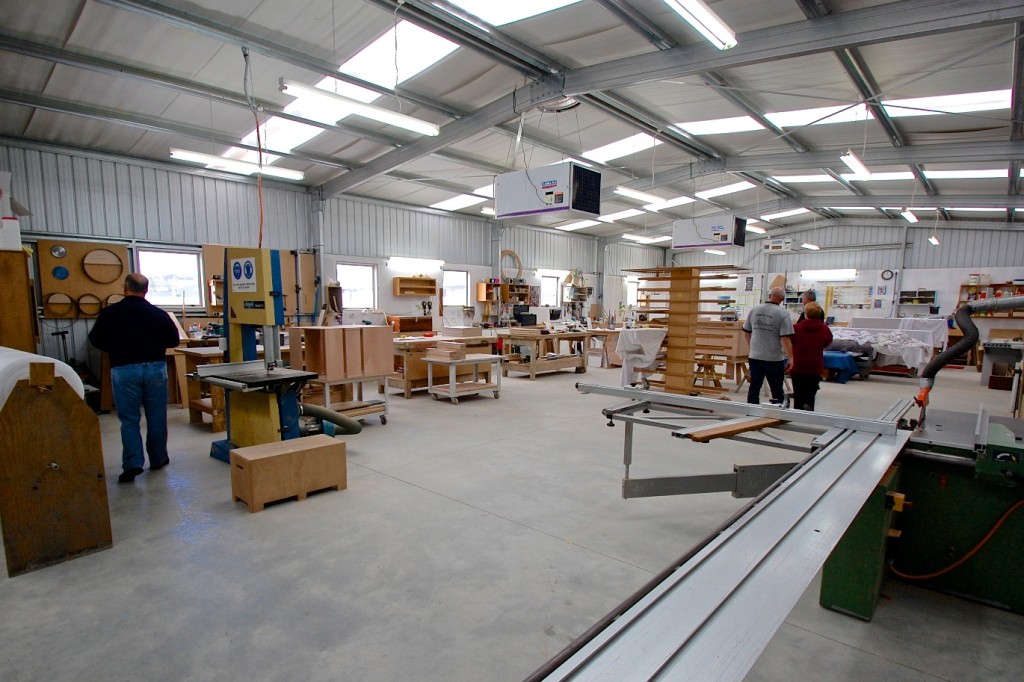 Along the way, Dashew Offshore has grown from Steve, Linda, and myself – to a global team of more than 10 persons, including Kelly Archer in New Zealand, Ryan Wynott in Toronto, Sarah Dashew in Los Angeles, Brian Rickard in Chiang Mai, my Seattle office compatriots Mark Fritzer and Michael Voorhees, and our European representative Sue Grant at Berthon in the UK.

From the prototype FPB Wind Horse, to the current run of 64s, 97, and the new 78s – we now have 14 FPBs either on the water, in production, or on order.  Not a bad showing six years in, and a real testament to the time, energy, and effort, of a team that is committed to the FPB program. 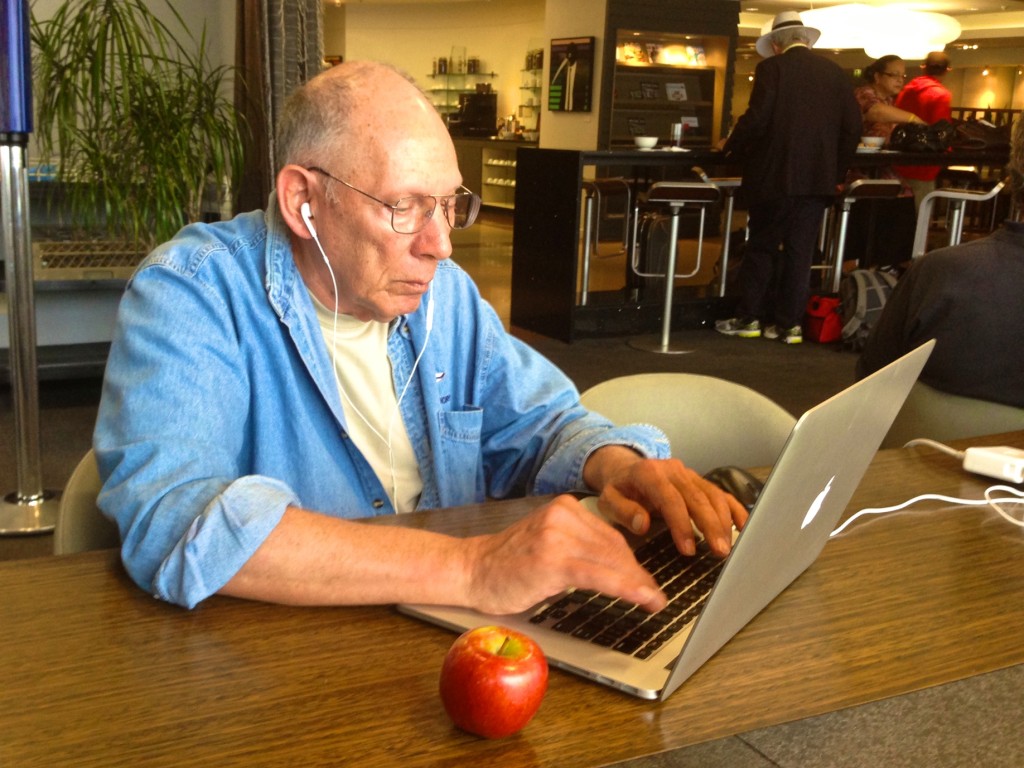 I’ll close with this photo of Steve at the lounge in Auckland, as we waited to board our aircraft after the productive week in New Zealand. Tirelessly working to sort details, ensure nothing is missed, and get the latest idea emailed off.  The amazing professor and teacher deserved his apple.

This entry was posted on Wednesday, February 12th, 2014 at 12:38 pm and is filed under FPB Series Notes, three, Todd's Talk. Both comments and pings are currently closed.


9 Responses to “Six Years of FPBs”