“Having lunch under way, we relaxed as the boat headed north at 11 knots…”
–Bill Parlatore, Passagemaker Magazine 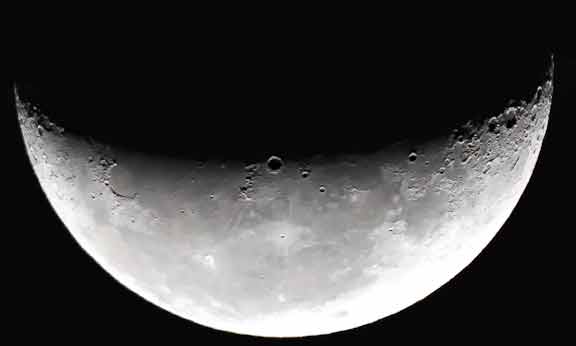 Speed often equals reduced motion when you have your design ducks in a proper row. But when you discuss this in polite circles (which for the purposes of this blog we shall include the local sailor’s bar)the concept often generates a hardly concealed look of disbelief. If you have ever ridden a bicycle slowly, wobbling this way and that, you will understand one of the principles which are at work. Or, if you have sailed high performance dinghies, and felt the stability that comes as you transition to a plane, you know whereof we speak.
That the combination of cruising, speed, and comfort is not more universally respected probably has to do with negative experiences brought on by excessive speed in an uncontrollable configuration. But if your autopilot can steer the boat as she accelerates, 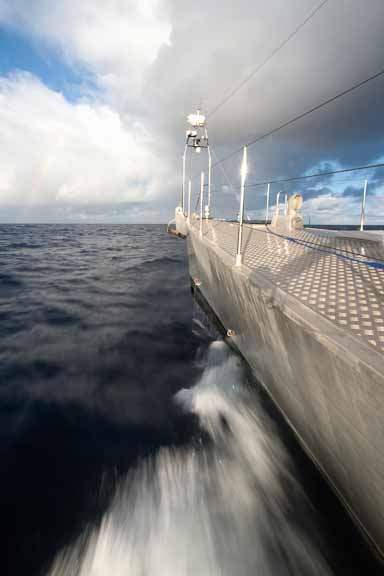 and the bow does not lock in as you surf down the wave, then you go faster, with less motion, and more comfortably (please excuse the use of a second bow float shot so soon. This was taken at first light today and there is a rainbow in the distance – port side. We thought it cool and wanted to share). 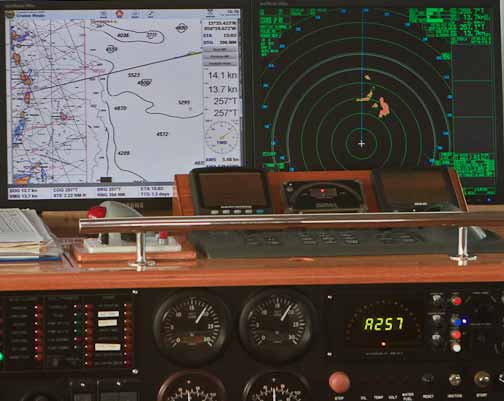 Of course that is exactly what Wind Horse and her crew are doing at this moment. Speed over the ground is averaging about 11.8 knots, as this is being written, with surfs into the mid-teens. We are sleeping in the forward cabin, eagerly awaiting a promised period of 20 to 25 knot winds for even better rides. The photo above shows RPMs and EGT below the navigation desk, and basic nav data on the monitor above. The target shown on the radar is a large squall, the services of which we have been using for wash down and acceleration. Note the RPM is our standard for 11 knots, as is the EGT.

The next photo features the nav data panel. Note both speed through the water and GPS are almost in agreement. Quicker, more stable, better mileage.

While we are surfing along the washer and drier are happily at work, part of the crew is engaged in ironing fresh sheets and pillow cases for the bunk (Tuesday being fresh sheet day), and we are negotiating tonight’s dinner menu. Photos are being taken and processed, and the odd chore,like setting the house awnings, checked off the list. We are both rested, energized by the process of running the boat together on a long passage, and starting to look forward to a new landfall.

A word on the lead and final photos. We shot the moon this morning using Big Momma, our Canon 500mm F4 lens, hand held, from the aft deck. Camera and lens weight in at 12 pounds/5.2 kg, not an easy shooters rig on land, let alone afloat in eight to fifteen foot (2.4/4.7m)seas. This, more than anything we can say about speed and motion, demonstrates FPB stability. 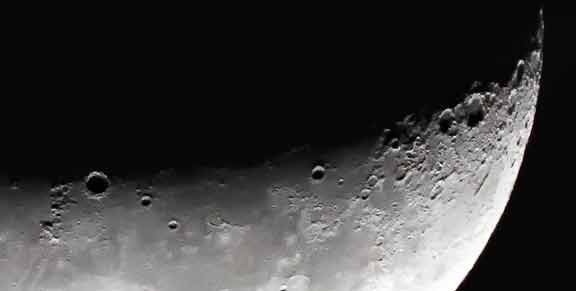 This entry was posted on Thursday, March 10th, 2011 at 12:04 am and is filed under Right Sidebar Most Pop Posts. Both comments and pings are currently closed.