Why Have We Done This? 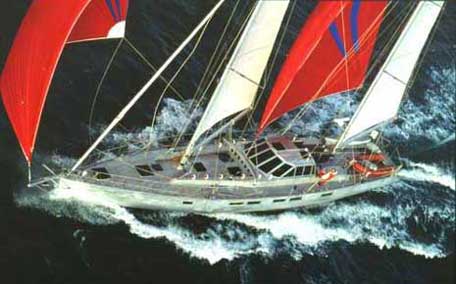 We’ve switched to a form of cruising at which we’ve looked down our noses (well, at least Steve has) for half a century. A stinkpot, motor cruiser, power yacht, fizz boat, f***ing power boat, the dark side?

And we’ve come from a family of sailboats which power faster, and farther than any trawler, that will overhaul and pass small freighters in the trades, and make passages more comfortably and quickly than any other form of transport operable across oceans by a couple, until now. Are we spoiled? You bet!

And did we mention the pure, unmitigated rush of adrenaline which comes when you have a sailboat like Beowulf lit up on a full plane, averaging 16 to 18 knots, surfing at speeds in the high 20s, with just the two of us aboard?

But we’ve past the point where we were comfortable handling this much sail by ourselves, and we did not want to take crew. The FPB was the next step for us, and perhaps for others facing the same dilemma.

When we started this new project Linda was all for it. Steve, on the other hand, felt he was being forced in this direction by the march of time. At 62 years and counting, it was no longer prudent for the two of us to cross oceans, dealing with the spinnakers and reachers that are part of our sailing equation. 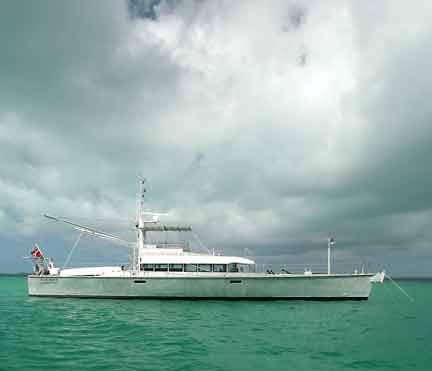 But we were not ready to give up cruising. We loved the ocean and being at sea (as long as it is comfortable), discovering new places, people, and messing around with boats. On the other hand, we’ve found that we want to visit family and friends on land with a degree of regularity, and for periods long enough that it requires a boat which can be easily put into mothballs. We also wanted to spend more time in places that are not as much fun in the sailboats on which we’ve cruised before – environmentally challenging, higher latitude destinations like Alaska, Newfoundland, Greenland, and Tierra del Fuego. 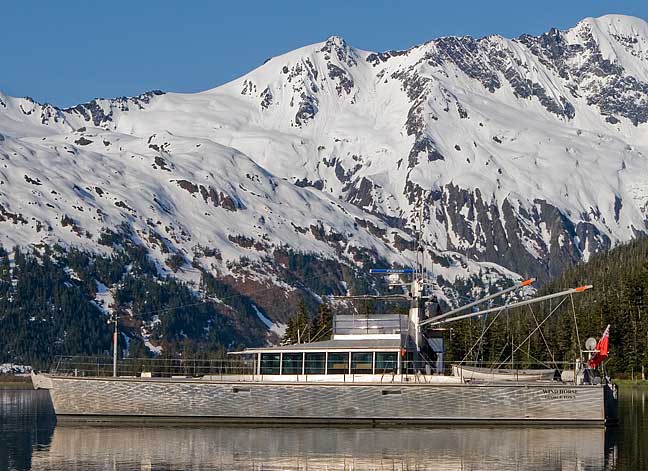 There are advantages to this new design concept. In terms of crossing oceans, after 45,000 miles we have found that we are more comfortable (no heel, comparable motion at a minimum with a much softer ride in some situations), the work load is a fraction (no sails to mess with), there are many more weather options (upwind passages are not such a drag (like the 4500+ nautical miles against the wind between Fiji and California) and we can use our weather routing skills to look for calm rather than wind).

With a boat that is oriented towards heavy weather, that has equivalent or better offshore characteristics than our sailboats, and the ability to hold station in horrendous conditions under power alone, the weather challenges of the higher latitudes become more acceptable.

There’s substantially less maintenance with the new boat (no rig or sails), and we can haul the boat for storage, put on the covers, and be in a cab to the airport within half a day. 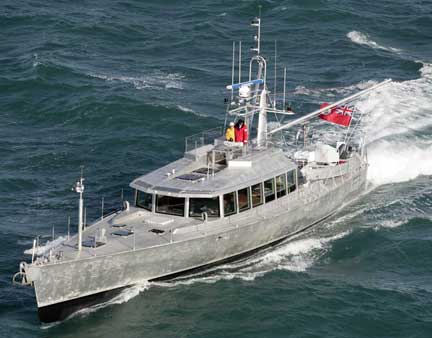 Surprisingly we’ve found that operating costs are a lot less. True, we’ve got diesel and lube oil to purchase. But the running cost per mile is about sixty percent of what was necessary with Beowulf when maintaining her sails and rig are considered (using diesel at US$3.45/gallon as an average cost). 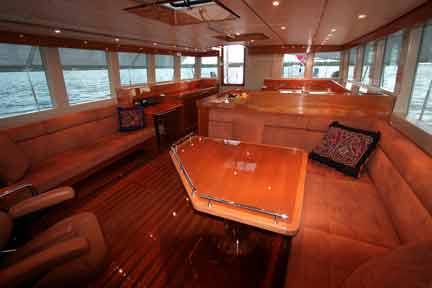 So we’ve found a new, possibly even better way to do what we love – cruising to far off destinations. Yes, we are giving up the thrills associated with the type of boats we’ve heretofore voyaged aboard. 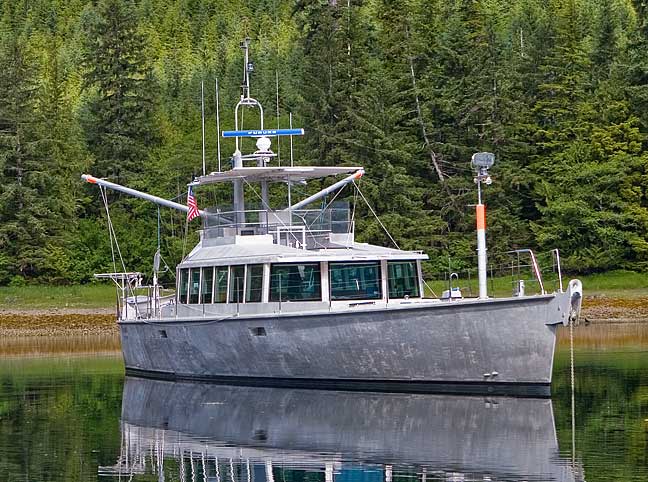 But in return the FPB is a vessel that is allowing us to go places and do things we have not done in the past. This new mode of transport gives us options we simply did not have with our sailing designs. 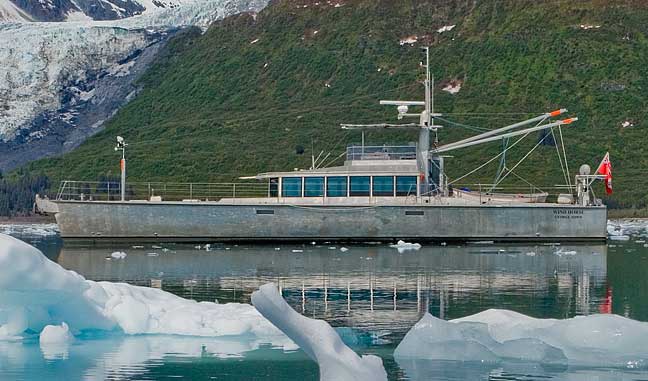 And after 45,000 miles of sea trials and cruising, even Steve agrees that this is a wonderful way to cruise, and maybe even a better way to do it. 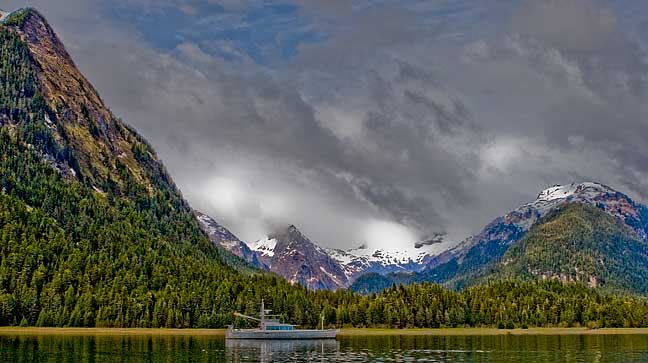 “…The concept deserves consideration from anyone who wants to cruise offshore over long distances.”
–Yachting Magazine
For more information on the FPB Series, e-mail Sue Grant: Sue.Grant@Berthon.Co.UK.
Posted by Steve Dashew  (January 4, 2012)

This entry was posted on Wednesday, January 4th, 2012 at 6:51 pm and is filed under Dashew Offshore, Intro to FPB Program. Both comments and pings are currently closed.


4 Responses to “Why Have We Done This?”