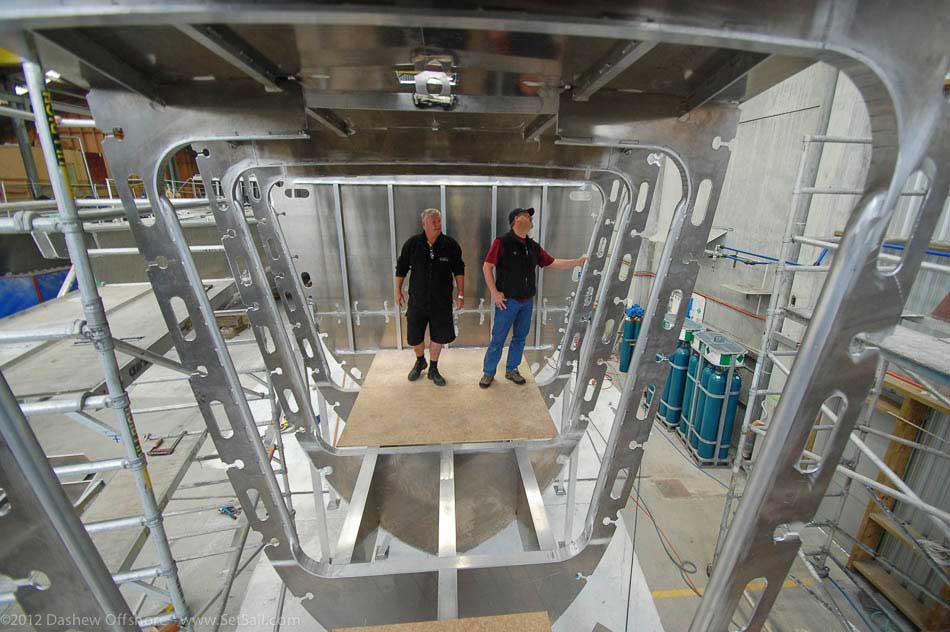 Some of the team are visiting FPB 97-1 in New Zealand this week and are sending back some great photos which we thought you might enjoy seeing. This first series are taken inside the forepeak. That is Todd with his black sweater vest and FPB hat (at six foot four inches a good reference scale), and Bruce Farrand of Circa. 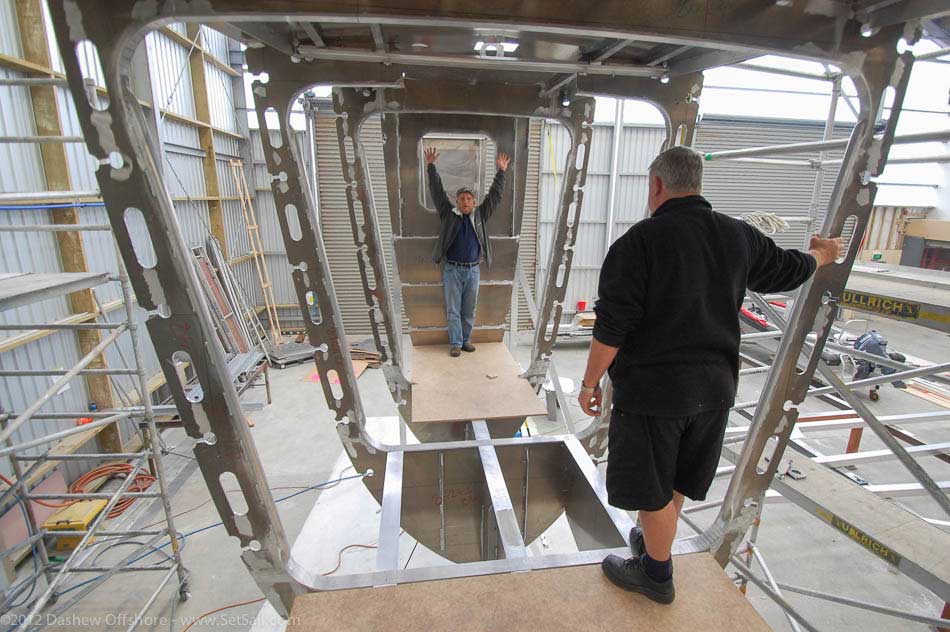 Looking the other way, from aft toward the chain locker. 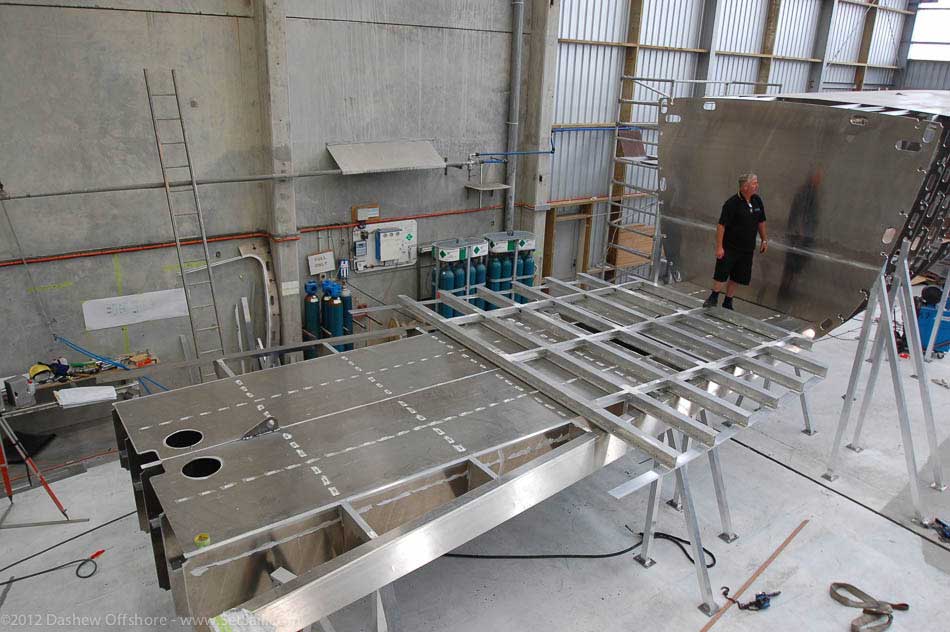 Bruce is modeling the forward owner’s suite bulkhead. Everything between the bulkhead and the left side of the photo is within this territory. 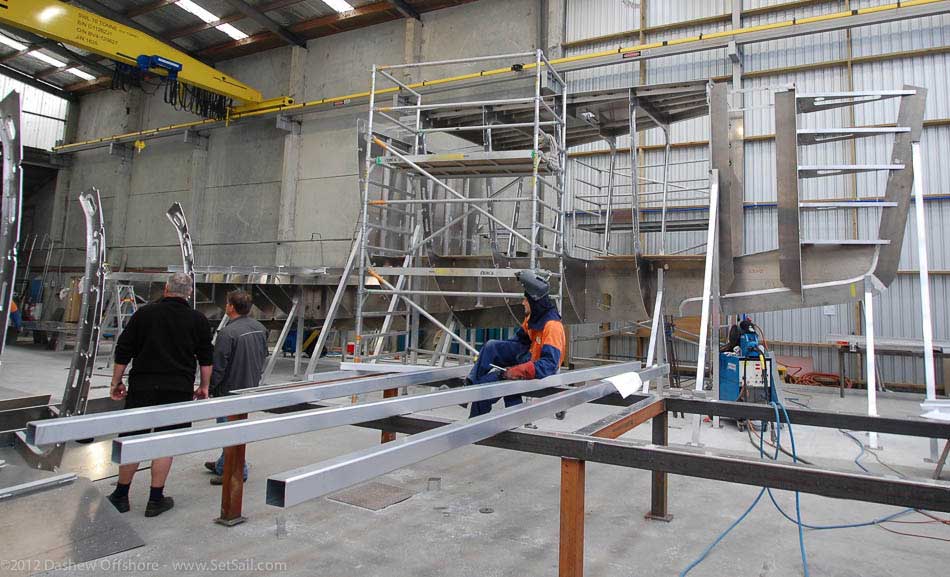 A profile view here, of the bow looking aft toward where the guest quarter framing will eventually be attached. 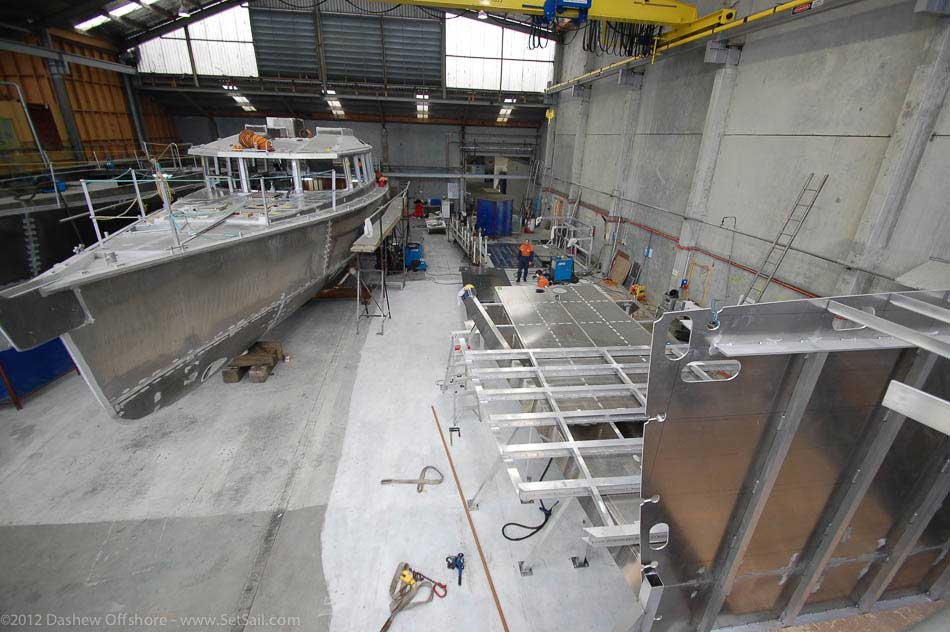 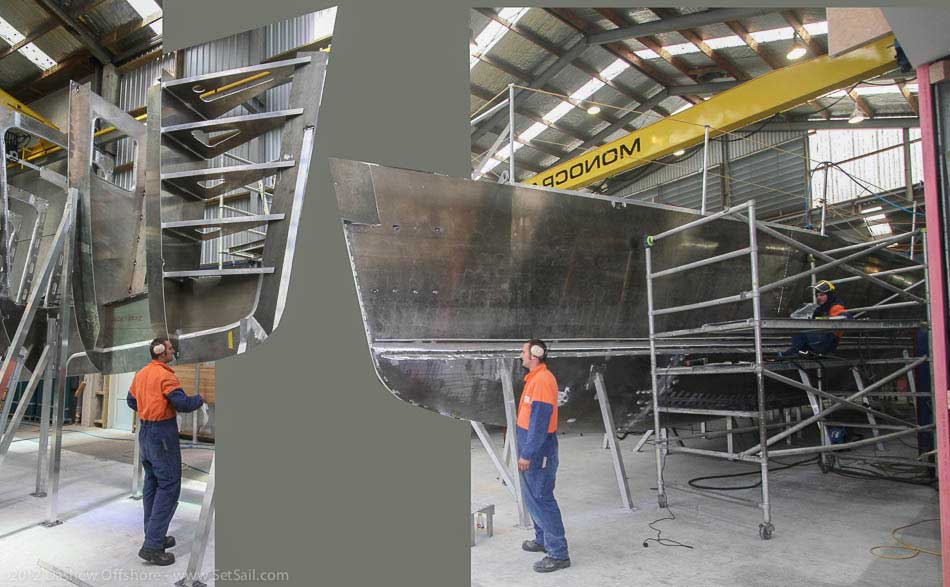 We took photos with the same fellow standing next to both the FPB 97 (left) and FPB 64 (right) to serve as another illustration of size reference. 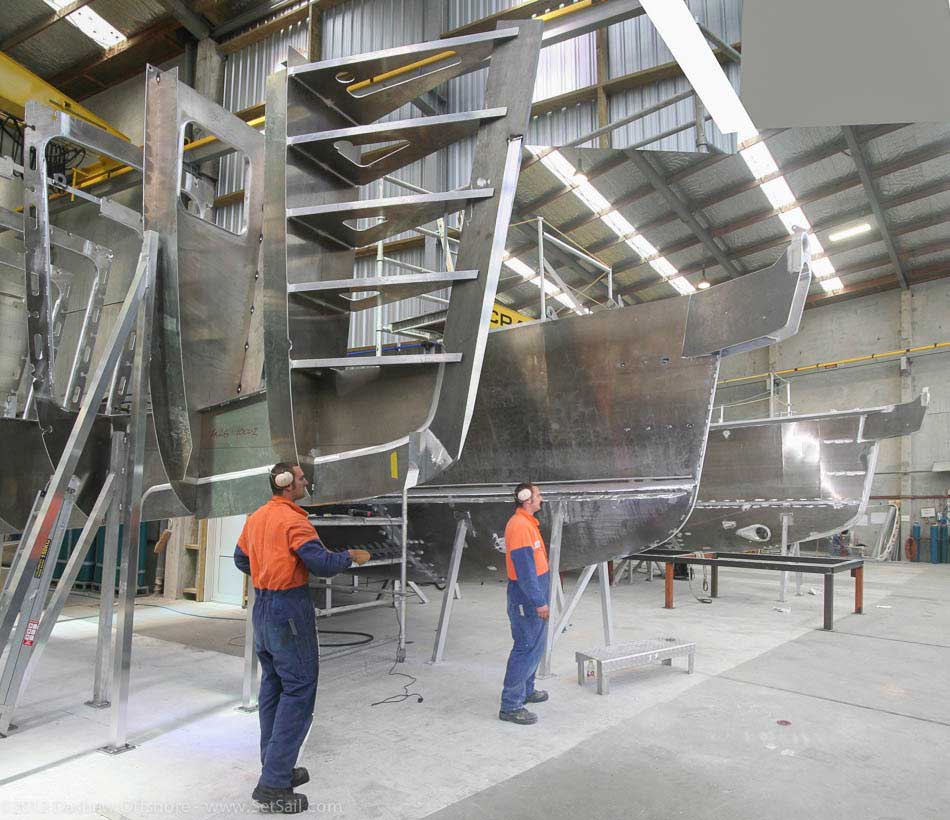 The two images have been assembled in Photoshop and are representative of the real world. 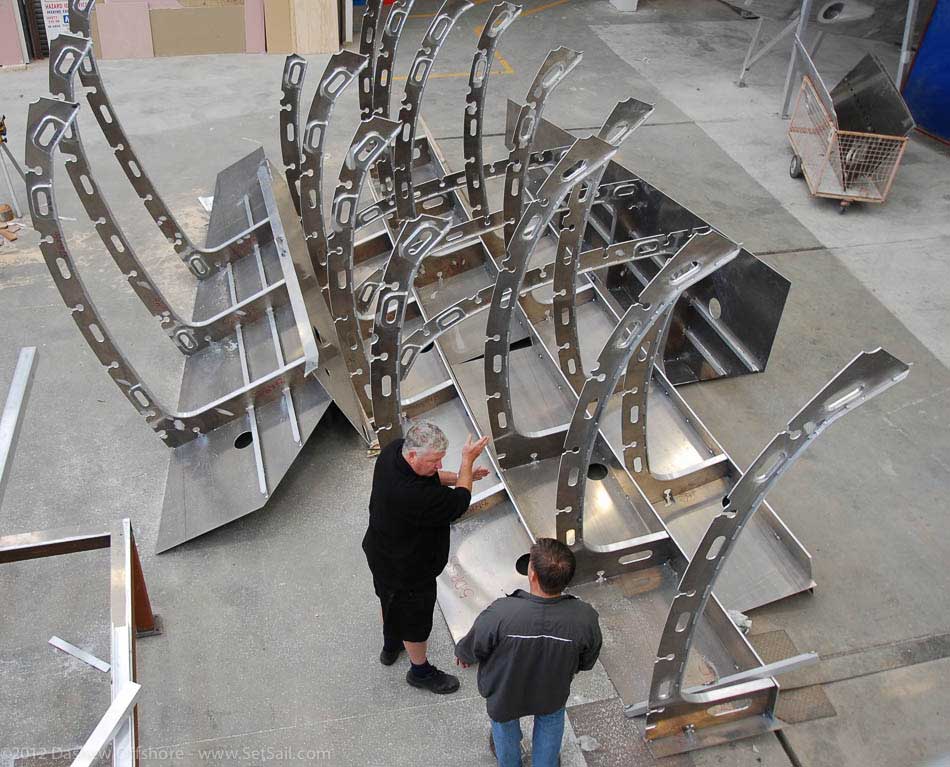 Frames with sections of side deck ready for welding onto the assembled canoe body/tank sections. 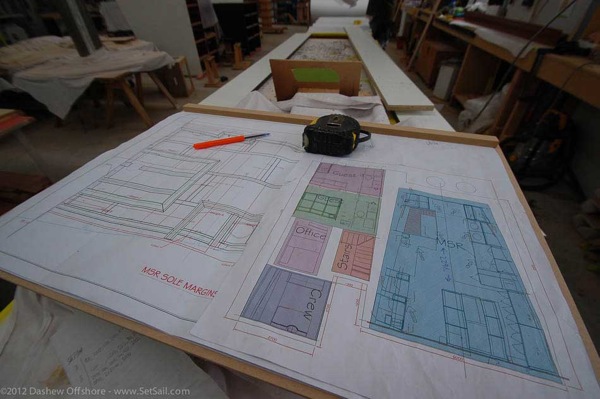 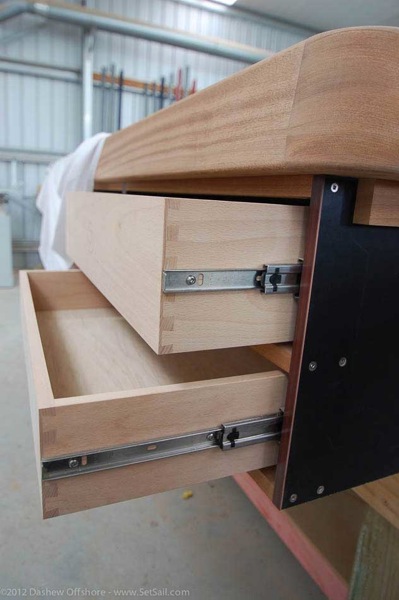 Working on modules for the owner’s suite first. 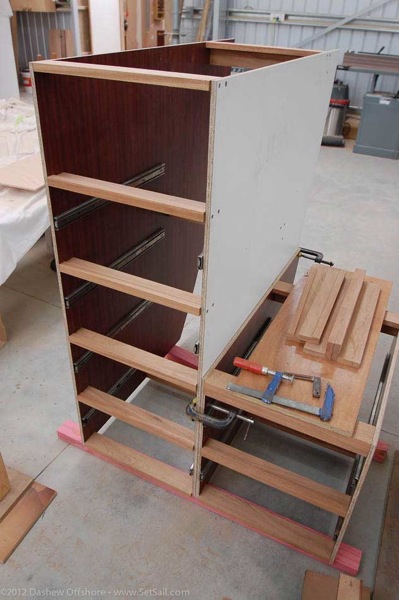 This entry was posted on Wednesday, November 28th, 2012 at 7:49 pm and is filed under three, Wicked FPB 97. Both comments and pings are currently closed.


13 Responses to “Wicked Progress In Whangarei”