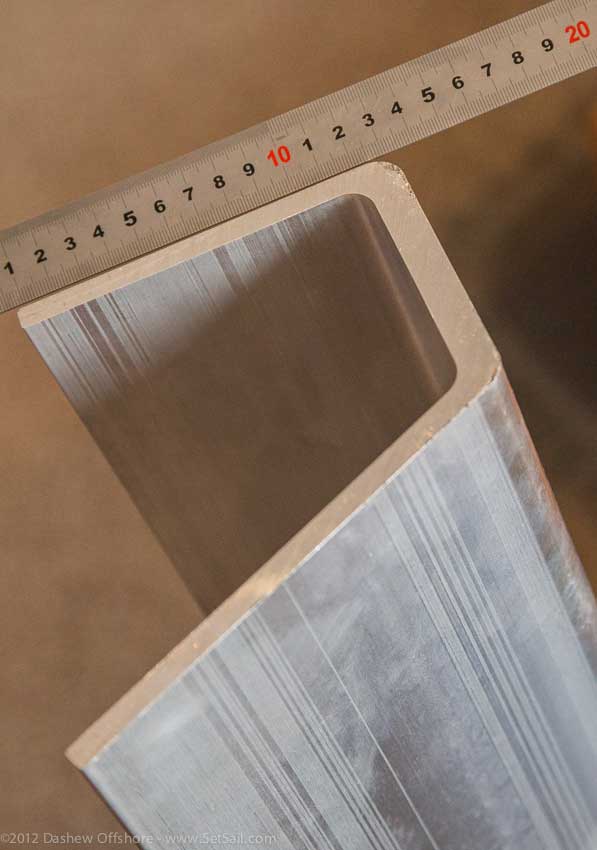 We have learned over the  years how to rub the world the wrong way and get away with it. This manifests itself in many ways. In the case of the Wicked FPB 97

it takes the form of this massive extrusion which surrounds the hull to deck intersection. This is 8mm (5/16″) thick on the sides and a full 12mm (1/2″) on the outer edge. If you want to lay on pilings without fenders in a sub-optimal harbor, this belting/rub rail, is what you want. A scaled down version of this is used on the FPB 64s and FPB 83 .

As a hull to deck reinforcement it will also pay dividends in a collision, when you are the impactee instead of the impactor (another of those lessons learned the hard way).

Custom extrusions like this are costly, not easy to shape to the hull, and in general a pain to work with on the shop floor. They also add weight up high which we give up begrudgingly. But they make us feel warm and fuzzy, secure, knowing that we have the toughest belting on the block – or maybe the entire planet.

This entry was posted on Saturday, January 19th, 2013 at 11:54 pm and is filed under three, Wicked FPB 97. Both comments and pings are currently closed.