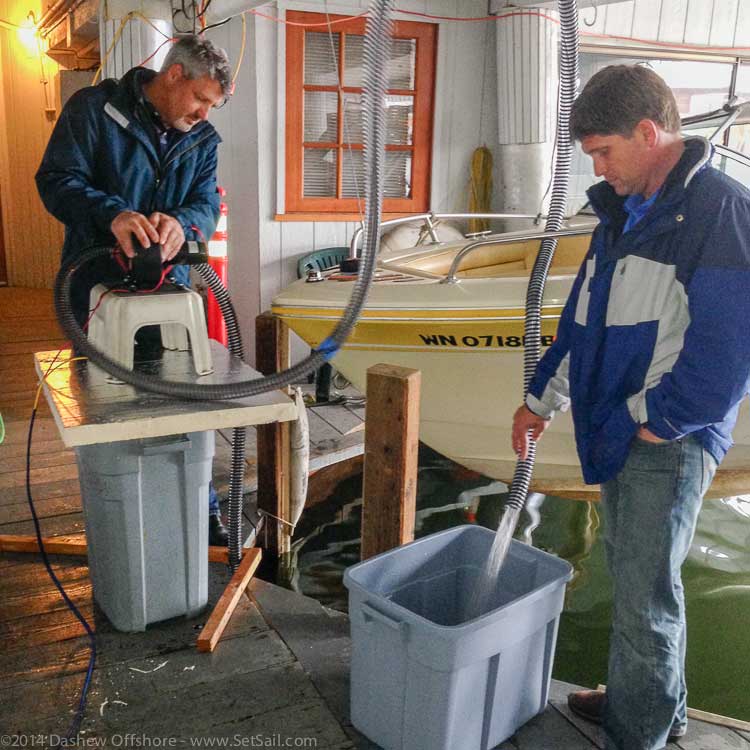 Cruising is said (by those in the know) to be going from one pump repair to another. We think we do a little better than this, but we are always looking to improve, and so recently conducted a series of tests with surprising results. 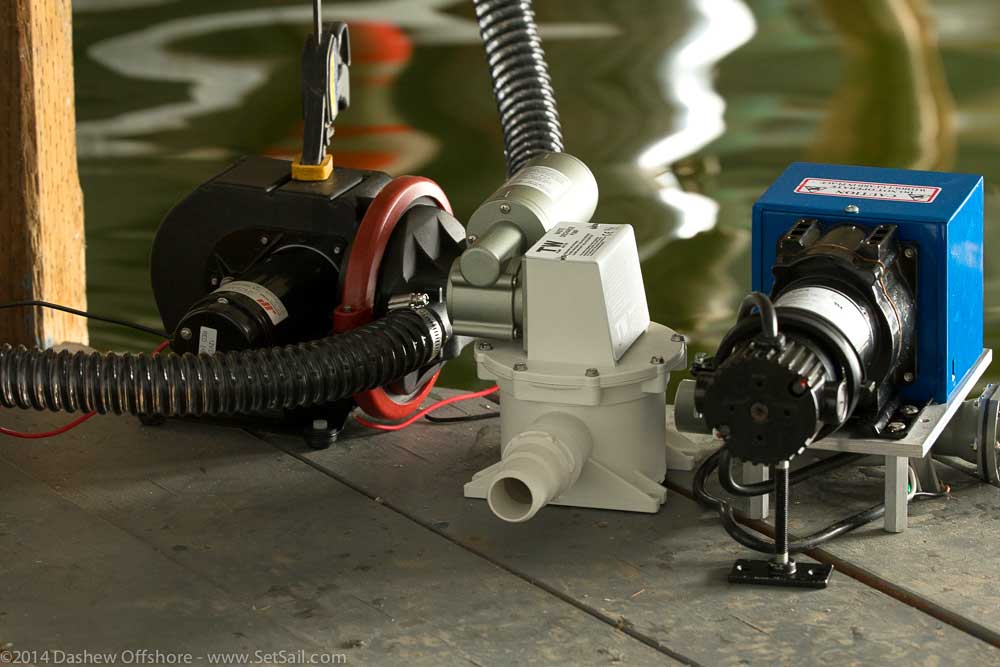 We tested these three pumps (from right to left): the Bosworth, a Sealand (typically used for holding tank pump out), and a Johnson Viking pump. 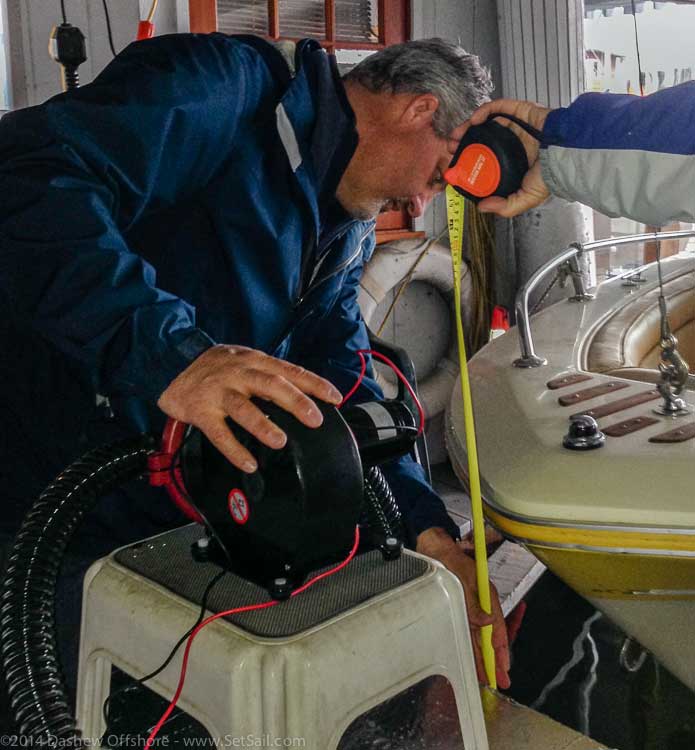 Using our most scientific methodology the pumps were set at a level of 40”/1025mm above the waterline, with an additional 50”/1250mm of lift after the pump outlet. A DC power supply insured even voltage. 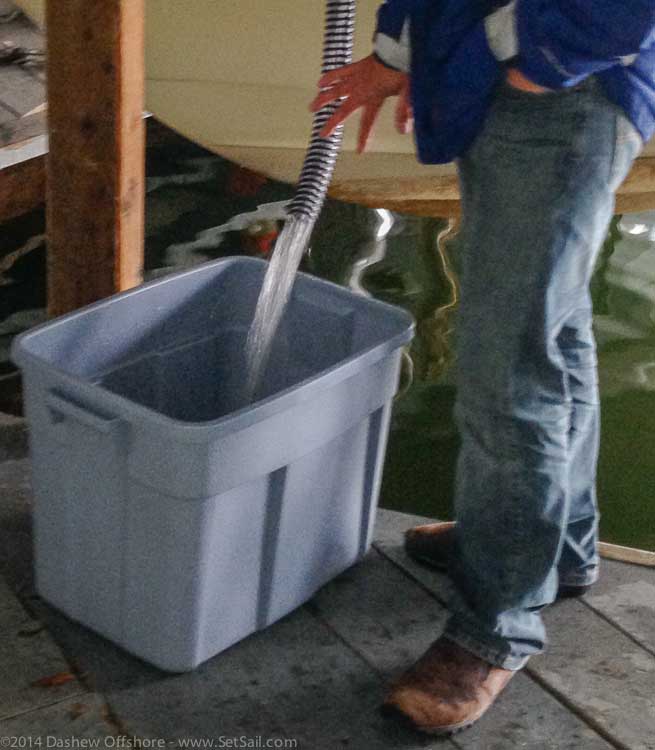 From the local laboratory supply we sourced this measuring beaker, and then using the stopwatch app on the iPhone, measured time to fill.

The volume/time equation was then calculated and we found out it was inversely proportional to capital investment. To explain:

We are now testing the Johnson pump for longevity. 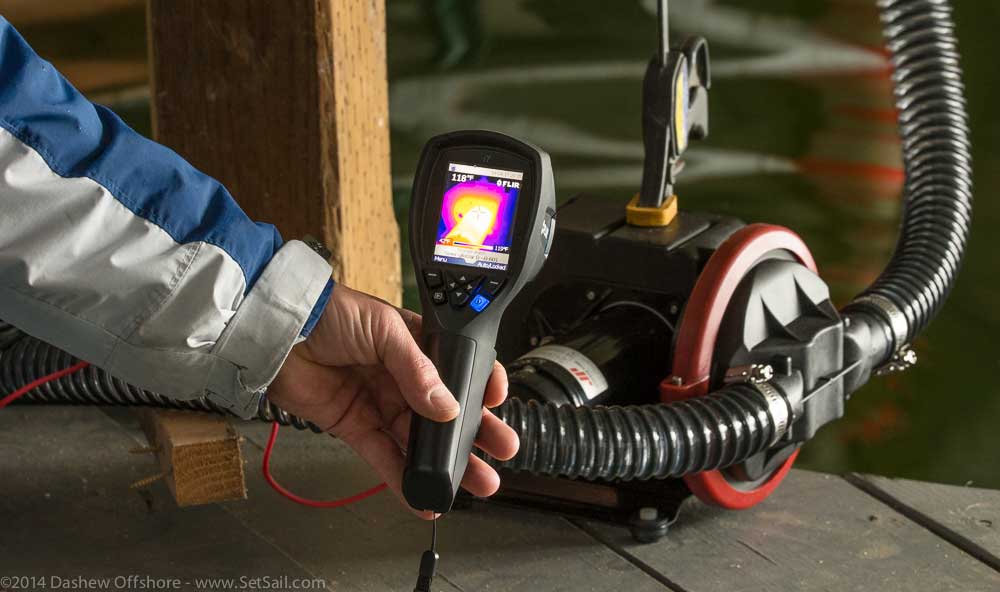 After the first 24 hours of constant operation it was still going strong. 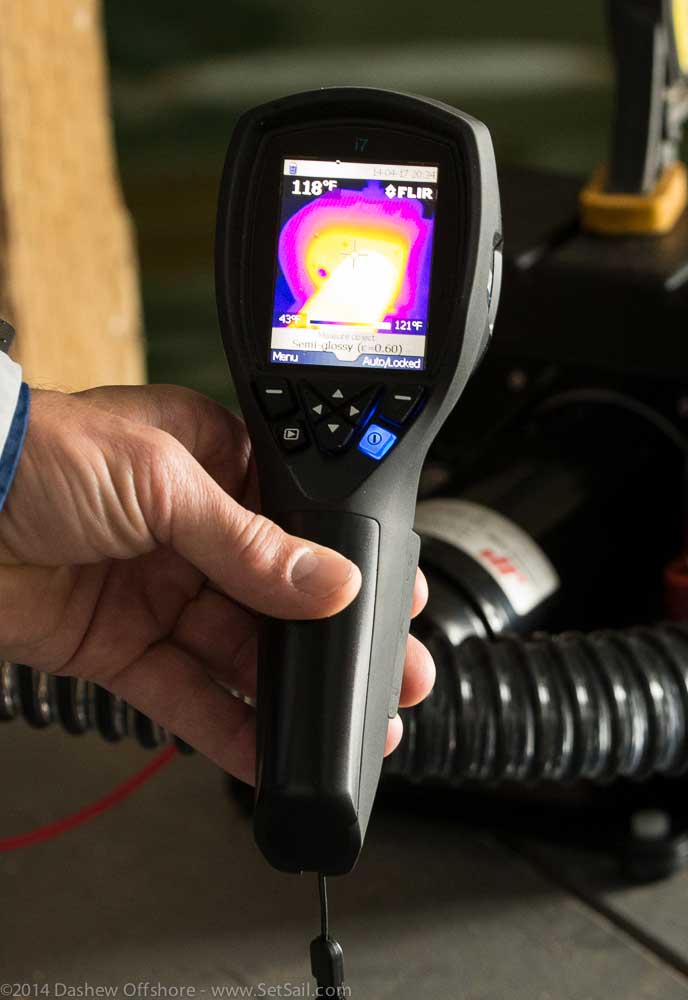 Mark Fritzer is checking the temperature using our thermal imager. 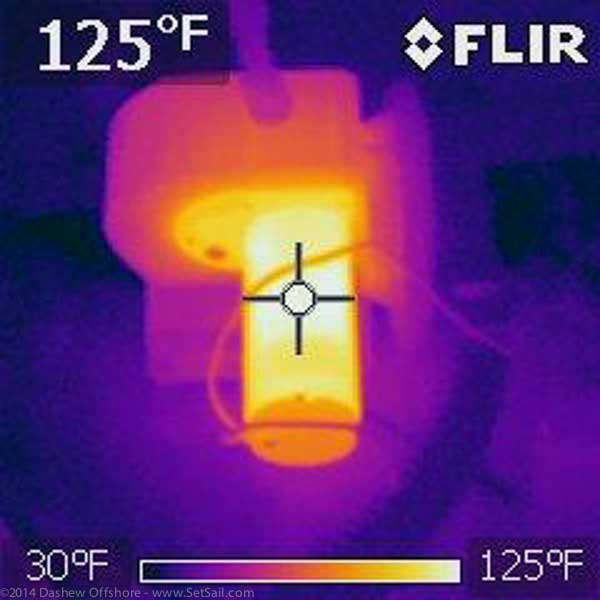 The next morning, after running all night, the motor temperature had risen seven degrees F. Ambient temp was 66F during the previous afternoon and in this shot ambient was 67F. 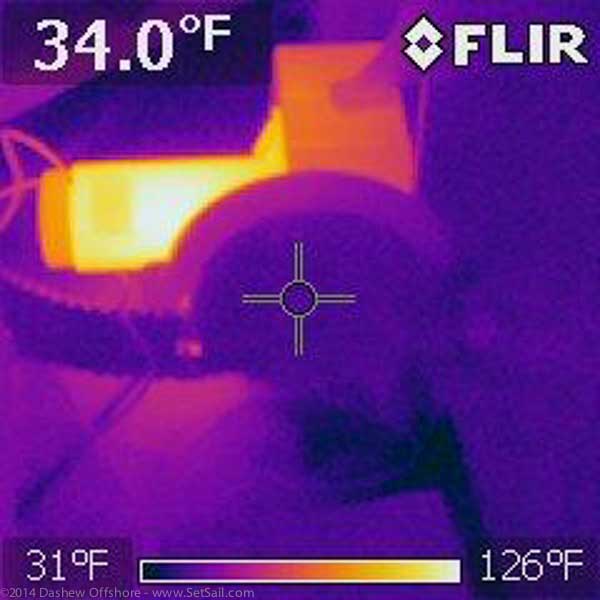 In this image Mark is looking at the end of the pump diaphragm. The cooler temperature is the result of the water being pumped through, as well as the fact that the gears are not generating heat while working.

We are going to run this pump until it dies, and then hold an autopsy. If you have a favorite pump, or one you’d recommend against, we would love to hear from you.

This entry was posted on Monday, April 21st, 2014 at 4:14 am and is filed under Cruiser's Tech Talk. Both comments and pings are currently closed.