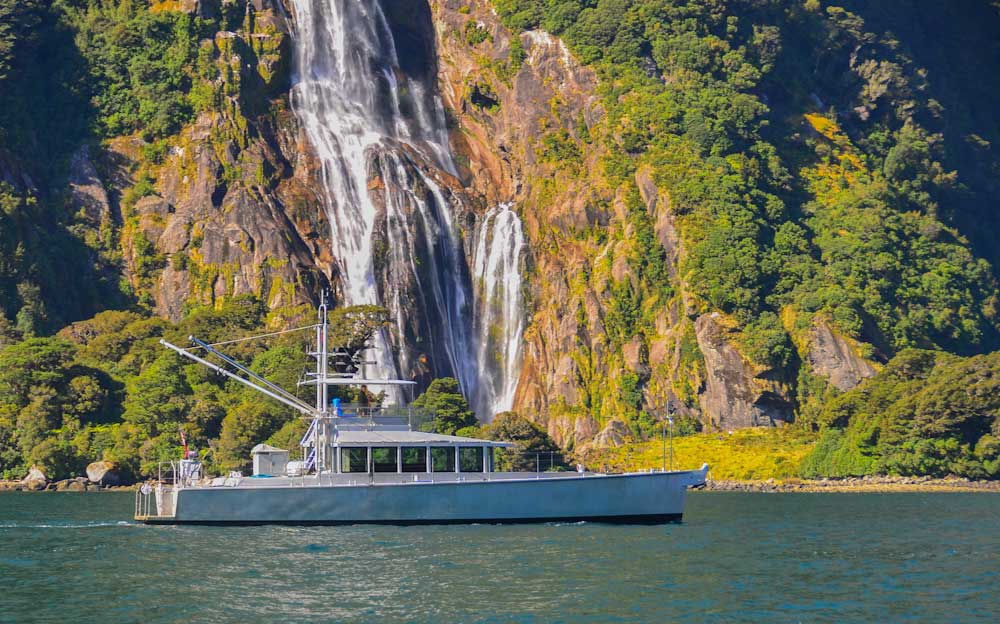 Iron Lady is on her way across the South Pacific from Whangarei, New Zealand to Papeete, Tahiti, in French Polynesia. Pete Rossin and crew departed New Zealand three days ago and have been sending us periodic updates. We thought you might like to keep track of their progress on this occasionally difficult  2300NM passage.

The above is our noon position as of today, May 20.  Current distance out of Whangarei is 706 nautical, yielding an average daily run just shy of 240 nautical or 10 knots an hour.  Engine revs 1650, fuel burn about 5.7 GPH with Iron Lady heavy on fuel and water.  COG is 48 degrees magnetic.

Barometer is 1017 and rising and winds are from the west at 15 to 20 knots putting the wind on our stern quarter.  Seas are running about 2 to 2.5 meters and Iron Lady is getting the occasional surf.  A building 1007 millibar low beneath us is heading southeast and a 1025 millibar high to our northeast are providing our weather and winds.  Last night’s heavy showers have given way to clear blue skies, but a stalled front remains in the area.

Last night’s prog from ZKFL showed us converging with the centre of the low on its southern side which would have put the winds in our face at 20 to 30 knots. We gave some thought to some northing today to avoid that if the low continued to track as forecast.  After reviewing today’s information, we are maintaining our voyage plan and proceeding on the great circle route between Wangharei and Papeete, as the low is clearly beneath us and a big high is above us.  ZKFL got both the speed and direction of the track wrong to our benefit.  Just as well as northing now would have put us into the present winds and seas and put the southeast trades more on our bow as we approach Tahiti.  Sometimes it is “pay me now or pay me later” but it has all worked out so far.

Dragged out the heavy fish artillery yesterday and hooked up two nice Mahi Mahi on Grandson of Shabby – our favourite lure.  Shabby did well but the crew lost them at the boat.  Hope we get another chance today.  For those of you who wish to know more about the saga of the family Shabby, you can go to myironlady.wordpress.com and do a search on Shabby.

Best from the good ship and crew of Iron Lady.