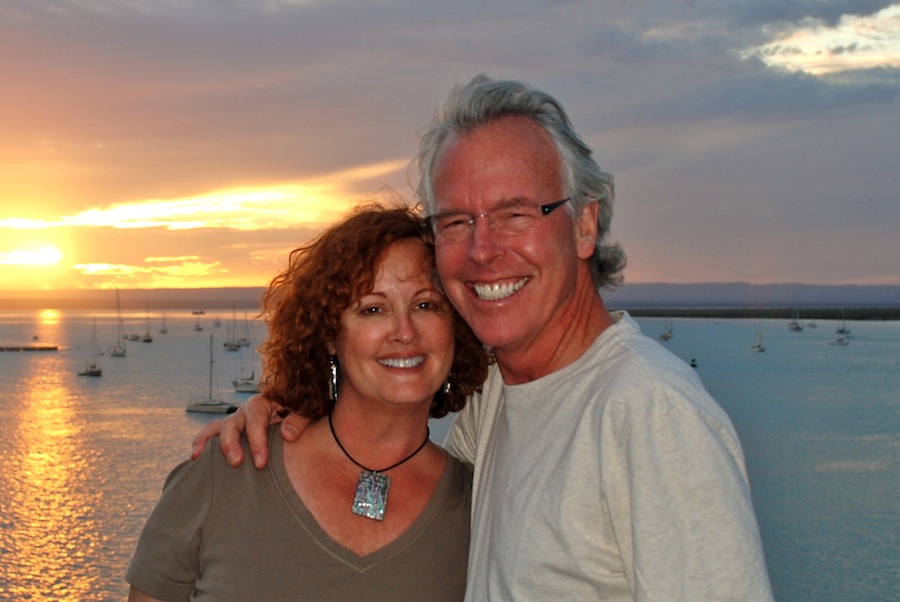 I had the distinct pleasure of spending some time with Valerie and Stan Creighton as they became acquainted with their new baby back in March. Fast forward to June and they’ve just completed an adventurous passage from New Zealand to Fiji.

Buffalo Nickel and crew are safely ensconced in Lautoka harbor after a successful journey. But we think you’ll enjoy their own narrative summary of the passage. With Stan and Val’s permission, we’ve posted their missive from 5 days out of NZ below. Read on, and then be sure to check out their great blog at buffalonickelblog.com.

PS: Watch for a weather and tactics analysis on the Buffalo Nickel passage, that of Iron Lady to Papeete, and the New Caledonia to New Zealand trip a few weeks ago with Grey Wolf. They all feature dealing with an unusually boisterous equinoctal gale season. We think you will find it interesting.

Now, on with the Buffs.

This should have been the day we made our landfall in Lautoka. But with all the scurrying hither and yon avoiding nasty weather, we lost a day. The great news is conditions have been lovely last night and especially today.

To summarize our weather conundrum: we departed Marsden Cove, NZ on Thursday, knowing there was a low pressure system developing south of Fiji. This system was expected to be relatively weak, migrate SE and not be a factor for us by the time we arrived in the neighborhood. After we left, we downloaded a weather file update known as a GRIB file. It showed the low developing much stronger than anticipated, and also further west. This could be a serious problem for us if we ended up to the east of it as it made its way southeast. It could mean truly awful winds and seas hitting us head-on, which is no fun in a best-case and truly dangerous in a worst-case scenario. We initially about-faced to head back toward Opua, NZ, but then thought better of it.

We diverted northwest instead, to stay on the ‘correct’ side of the low. This put the wind and seas more behind us, so although we had winds in the high 30′s and big seas they were manageable. We were able to do this because we have a boat that moves fast enough to employ such tactics when needed. Several slower sailboats got caught out southeast of this low, and had the same 18 foot seas and 40 knots of wind right on their noses. They sounded truly exhausted when we heard them on the SSB radio net at the end of the day.

But before long we had to head northeast, or risk getting caught ahead of a different low coming from the Tasman Sea south of us. In between these two unsettled pieces of ocean was a safe zone which we succeeded in following, arcing around to the west instead of taking our bee-line. This left us exposed to less comfortable seas for a day or so… we set our heading to take the seas off our bow, but there were plenty of big waves hitting us on our starboard beam thrown into the mix. The four of us were astounded at how gracefully Buffalo Nickel handled these various conditions. And being newly acquainted with her, we haven’t even begun to start pushing buttons and varying settings on our stabilizers, which, who knows, could have made our ride even more tolerable in those hours.

We cruised Costa Rica and Panama in our fiberglass Selene trawler, cruising grounds known for having dangerous logs, huge trees and other debris floating around, and managed never to hit more than a twig though we saw plenty out there. Now here we are on a passage through a big ‘clean’ ocean, no debris in sight. And we’ve been hit by two logs. The second one was more like a sequoia. Nearly submerged, covered with barnacles. Hit our starboard side just ahead of the house with a loud bang, then whipped around and smacked us amidships so hard it sounded like a grenade explosion, sending a huge volume of water up past the tops of our house windows.

All four of us have white hair now as a result, which is a bummer as I’d just had my roots done. But the Stans checked the stabilizer fin on that side for presence (!) and function, it seems fine, and no vibration at all in the propeller. With a hull construction like ours, it’s not the hull that one needs to worry about so much as all the stuff sticking out of it. But so far as we can tell, no harm done.

So we are happy sailors. Skies are nearly clear, temp outside is a comfy 77 and water temp has risen to 82. Stan fished yesterday and caught a skipjack, not the ahi I ordered. He had fun all the same, and tonight it’s chicken stir-fry with peanut sauce over sushi rice, after we digest Anchovy Stan’s delicious guacamole.

Thanks loads to Stan’s daughter Kristy for posting these blog entries on our behalf. With any luck, we’ll get some internet going right after we make landfall and get some pics up real soon.