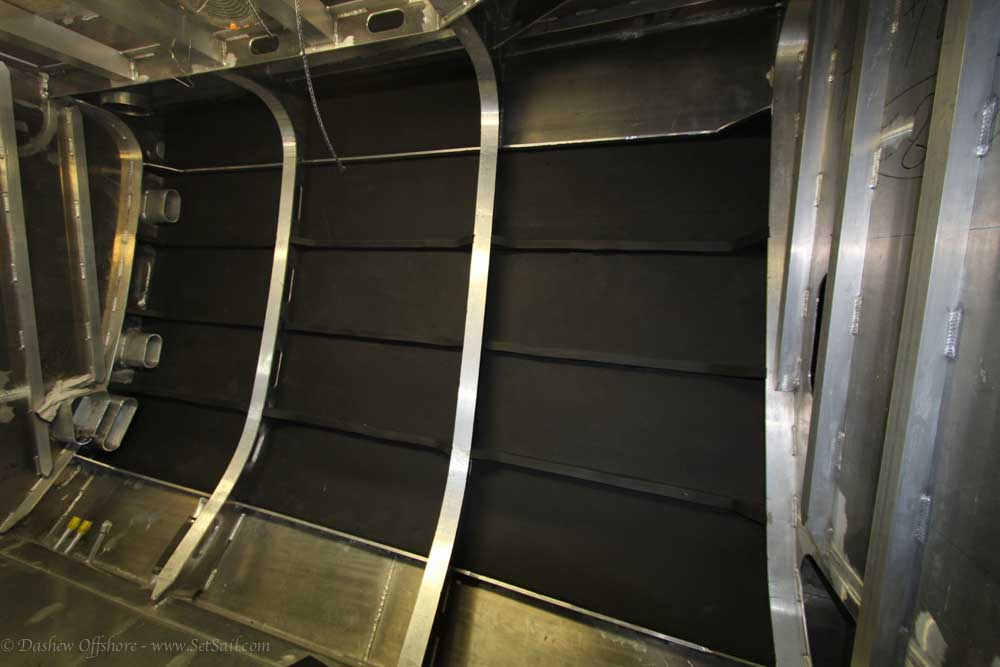 Insulation of the hull and deck is critical to comfortable and efficient cruising. It impacts noise levels from exterior and machinery, condensation in cold climates, and electric requirements for heating and air conditioning. With the FPB Series we take the insulation game to a new level. 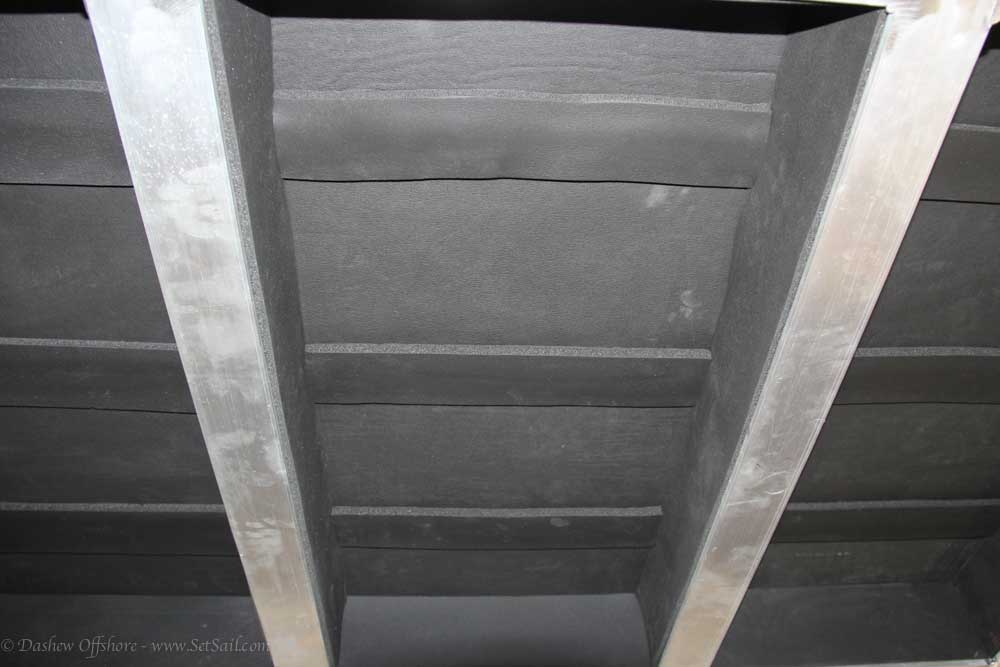 Good insulation adds weight, the material is costly, and labor for installation substantial. And you can’t just throw more of the same to solve problems. Much of the weight is high and impacts stability. Extra thick insulation takes up space normally used for systems runs. 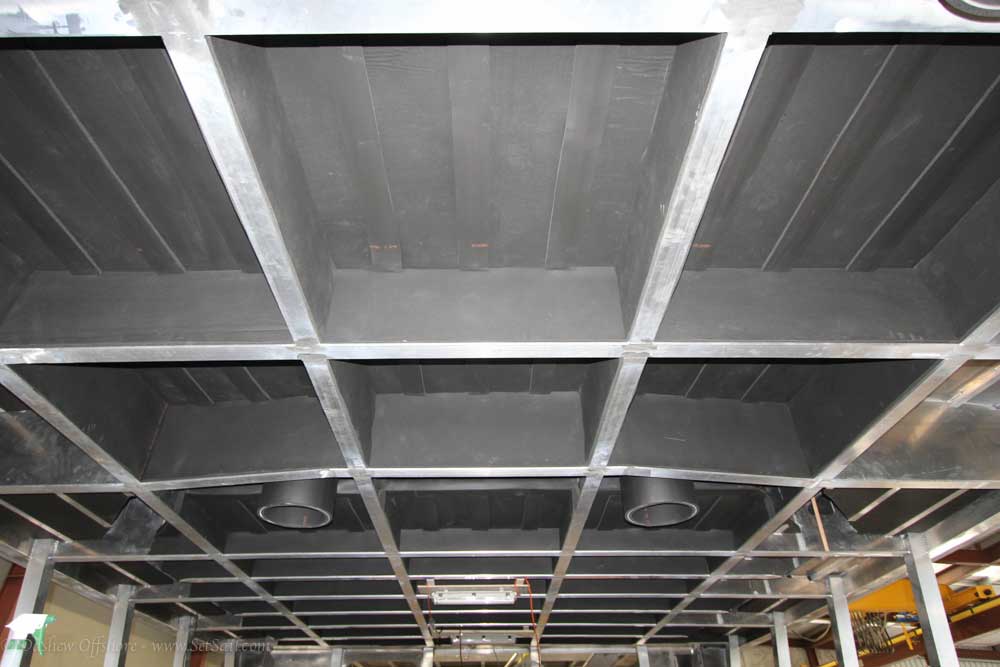 But if you plan for it from the beginning of the design cycle, are careful with other weights, and integrate the insulation system with structural design, the result can pay substantial rewards. 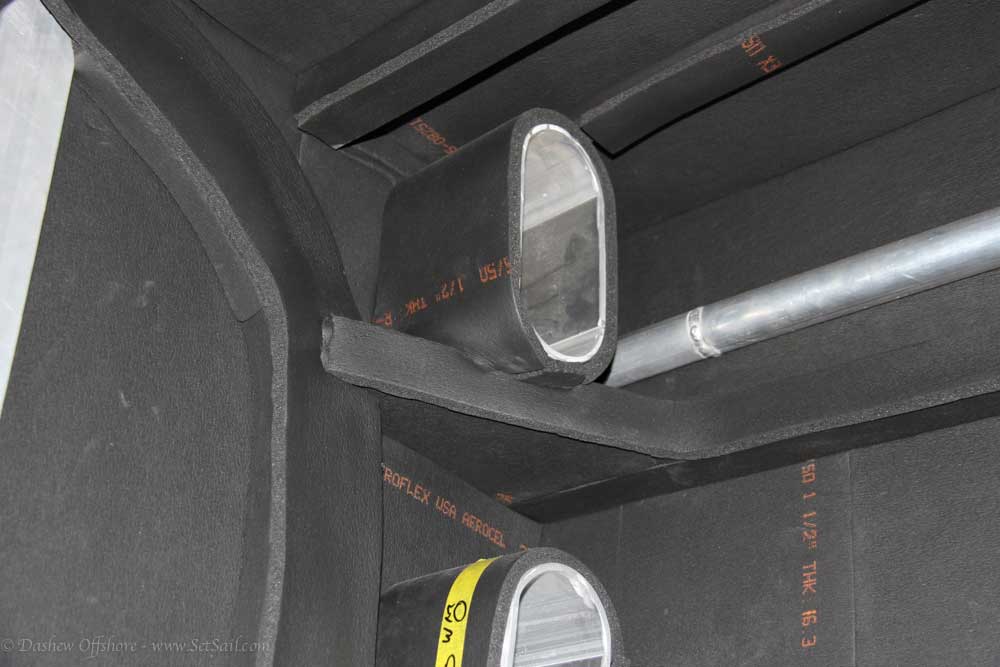 HVAC loads (heating and air conditioning) are reduced. With the FPB 78 Series we are aiming for a 50% reduction in thermal loading. Integrate this with a large solar array backed by a massive traction battery bank, and the genset is relegated to backup status.

This material is an EPDM closed cell elastomeric, laminated with an aggressive self adhesive. It is not only efficient as thermal insulation, but is an effective noise absorber. And it has very low moisture absorption characteristics. 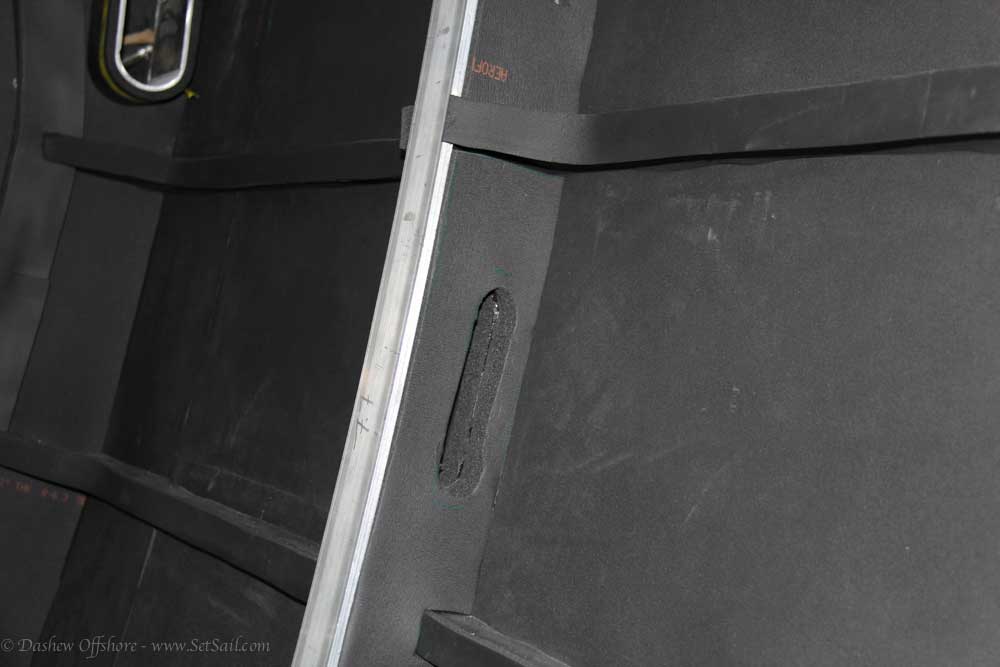 SetSail regulars will be familiar with our previous insulation efforts, considered by many to be industry leading. We invite your comparison with what we have shown you in the past. This new design should reduce heat loads by a minimum of 50% compared to our past efforts, with the possibility of even better results.

This entry was posted on Wednesday, February 18th, 2015 at 9:53 pm and is filed under FPB 78, FPB Series Notes, The Logs, three. Both comments and pings are currently closed.