Ultimate Flashlight – Light Up Your Life 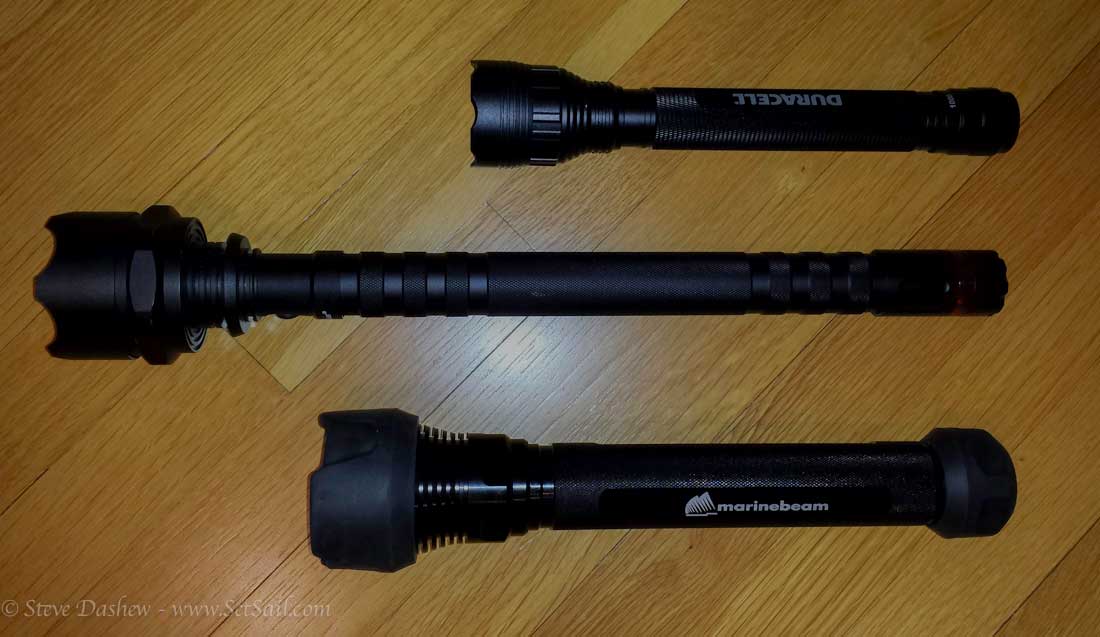 We are into flashlights, and those available today are simply amazing in what they can do using LED technology. This post is about three of the best we have found. 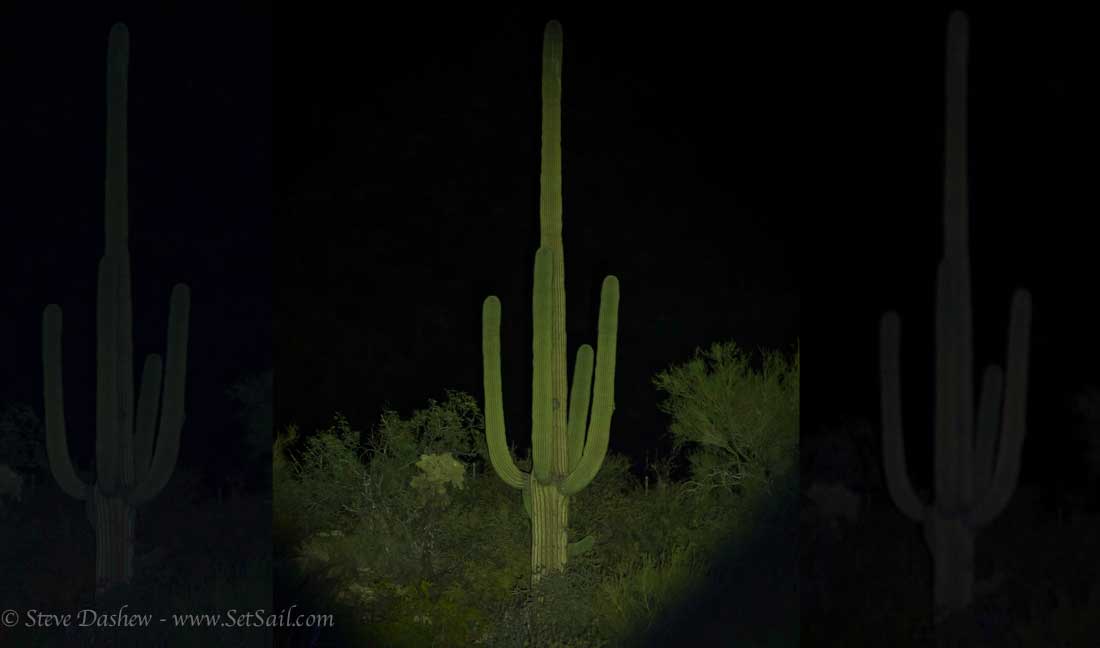 Here is a comparison illumination of a sahuaro cactus 90 meters/300 feet away from our office window. These are three separate photos of the same scene spliced together. The center photo illuminated by a Marinebeam flashlight, which we first read about on Ben Ellison’s Panbo website, is by far the most illuminating light we have ever held. The Marinebeam has a lens which concentrates the light, and the result is nothing short of astonishing. At US $129 we think it is a bargain, and will have one for sure when we next go cruising.

The left photo is lit with an 1100 lumen Lifeguard flashlight acquired from Amazon, the previous champion (now available rated 1500 lumens) for about US $70. We used to think this was bright.

The right side is a Duracell light with an adjustable lens, rated at 1000 lumens. It is a touch weaker at this distance. However, when you adjust the lens from spot to wide angle it does a wonderful job in close.

These photos are meant to show relative strength. The actual lighting of the area looked a little stronger to the naked eye. 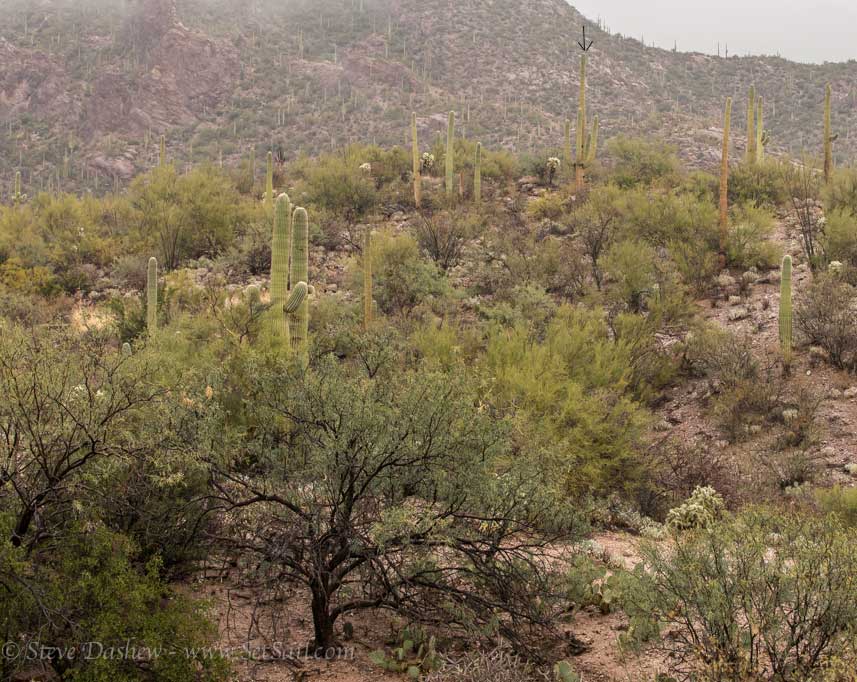 To put this into context this is a wider angle photo in daylight. The sahuaro in the preceding photo is in the middle, top of the photo, with a black arrow pointing downward. A long way off. 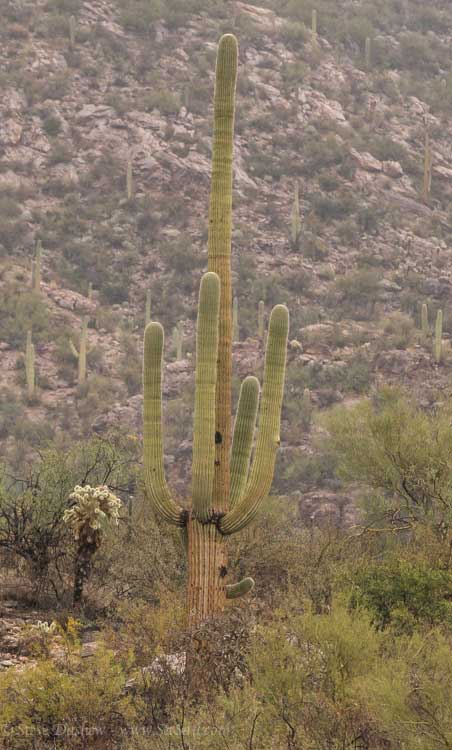 A daylight shot at the same focal length above.

What is your best entrant in the ultimate flashlight contest?

This entry was posted on Monday, February 23rd, 2015 at 7:09 am and is filed under Dashew Logs, four, The Logs. Both comments and pings are currently closed.


15 Responses to “Ultimate Flashlight – Light Up Your Life”