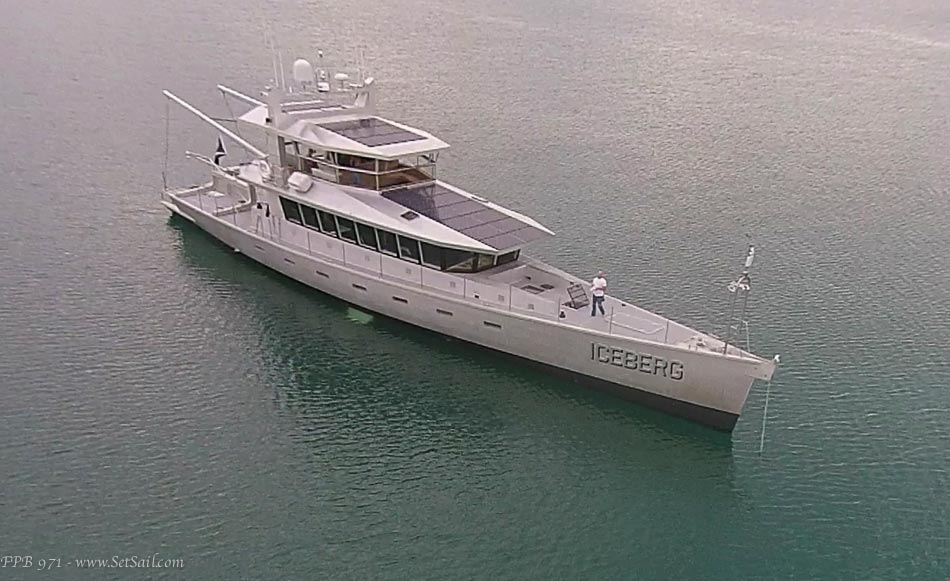 Being very 21st century in all things to do with serious cruising, we have a demo of a pair of ultimate cruising tools. 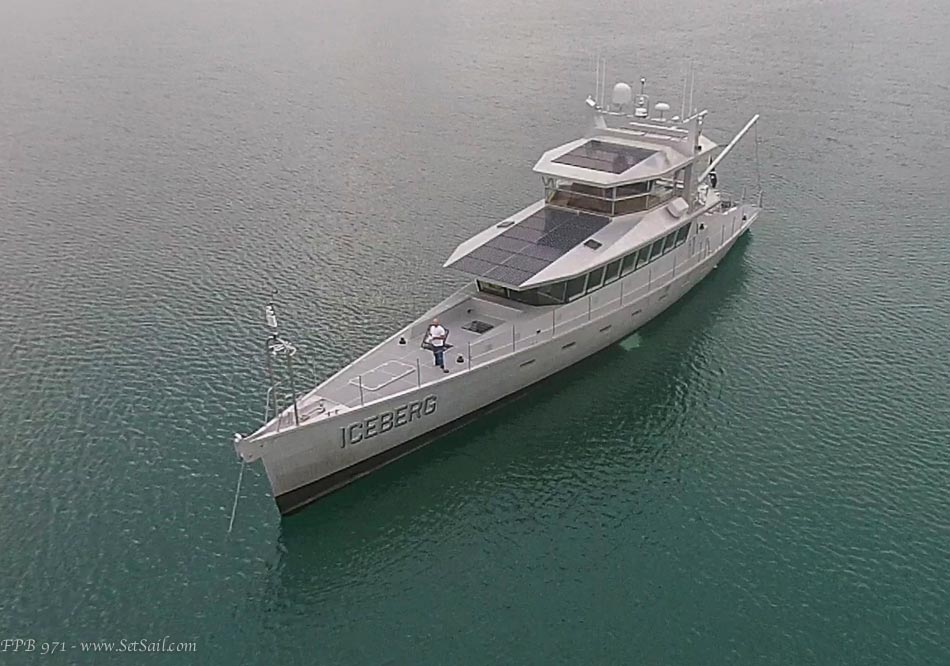 The first is an FPB _______ (insert your appropriate size), and the second a DJI Phantom 2 Vision+ Quadcopter with FPV HD Video Camera and 3-Axis Gimbal with which to admire the lovely anchorage in which your FPB sits. 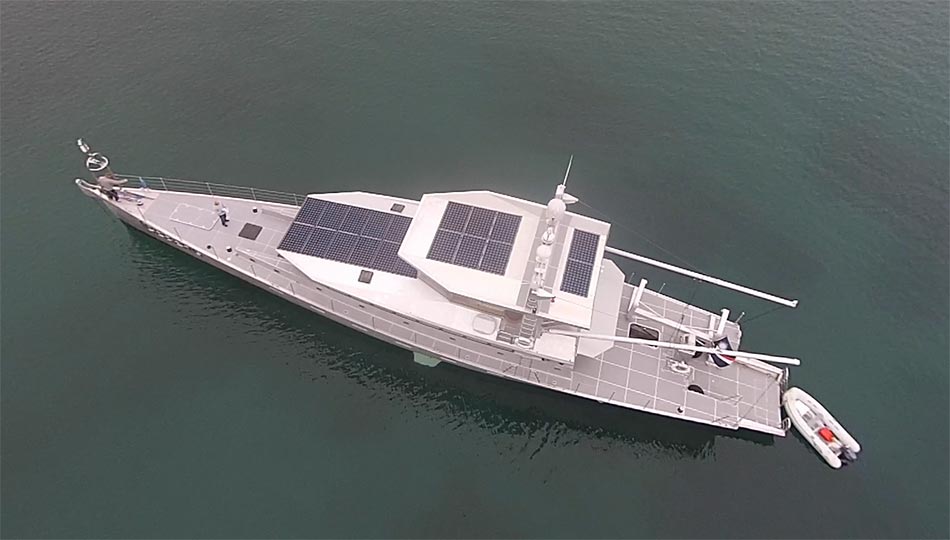 We are partial to the high latitudes and ice, but can you imagine what this would look like in a clear tropical lagoon? 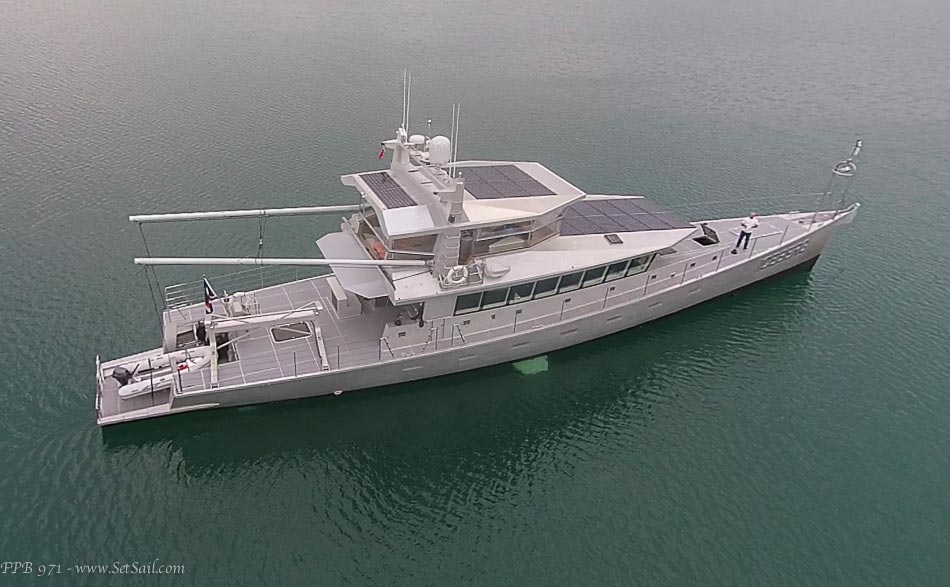 Be it Fiji, the NW Passage, or Browns Bay, New Zealand, you really need your own remote control Quadcopter to be able to admire your ride and surroundings. 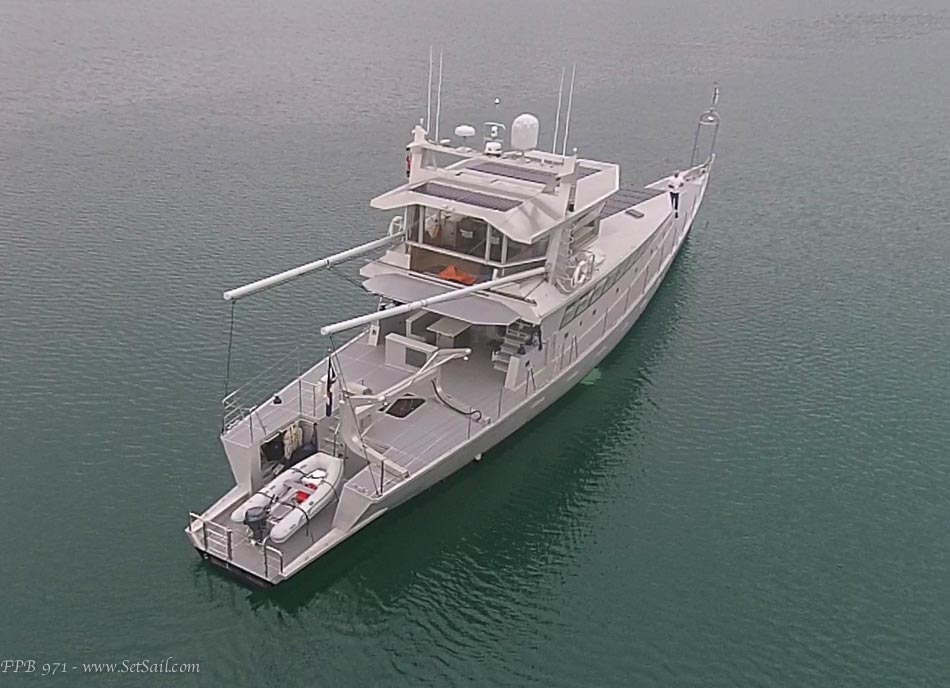 We are indebted to Quadcopter pilot and photographer Captain Llew Simmonds for the video from which stills were extracted. The video is included below. 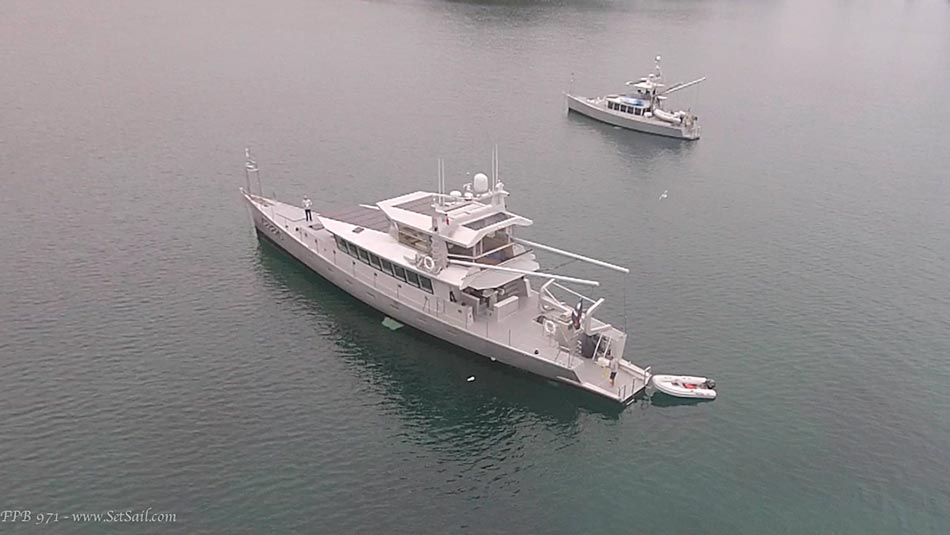 PS: If you are conflicted about which FPB to ask Santa for, that is FPB 64-10, Riptide, sharing the anchorage at Brown’s Bay, New Zealand with Iceberg. We’d love to have an FPB 78 in this photo, but that will have to wait for next year.

This entry was posted on Sunday, December 14th, 2014 at 10:08 pm and is filed under FPB Series Notes, The Logs, three, Wicked FPB 97. Both comments and pings are currently closed.