FPB 97 Iceberg: Surfing Off Before A Wicked New Zealand Gale 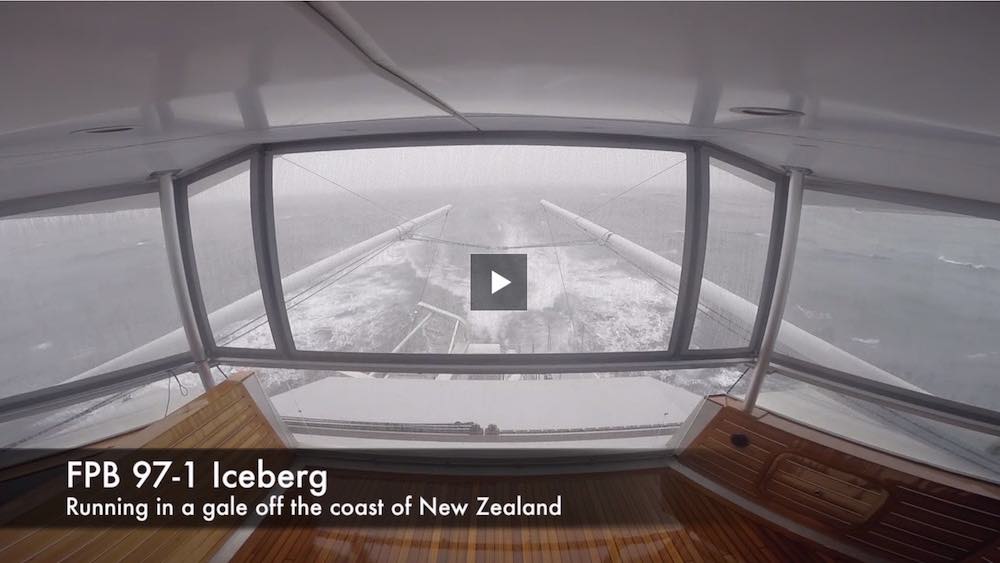 Come aboard FPB 97-1 Iceberg for a quick ride from Waiheke Island to Whangarei. This is our first taste of her steering characteristics downwind in short steep seas. The waves are off the stern quarter.

This entry was posted on Friday, December 19th, 2014 at 12:01 am and is filed under FPB Series Notes, The Logs, three, Videos & Slideshows, Wicked FPB 97. Both comments and pings are currently closed.


12 Responses to “FPB 97 Iceberg: Surfing Off Before A Wicked New Zealand Gale”