It is a perfect day for the first sea trial with FPB 97-1.

Iceberg is traveling at 12.15 knots, a speed length ratio of 1.175 and judging by the bow wave, there is just a hint of pressure release, she is the most slippery of all FPBs. 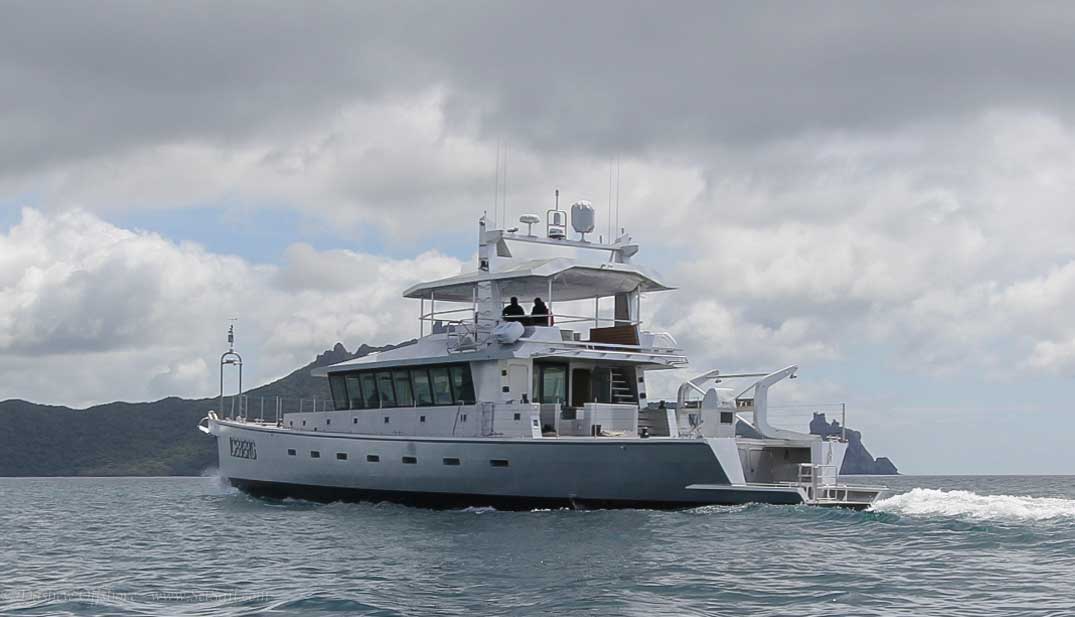 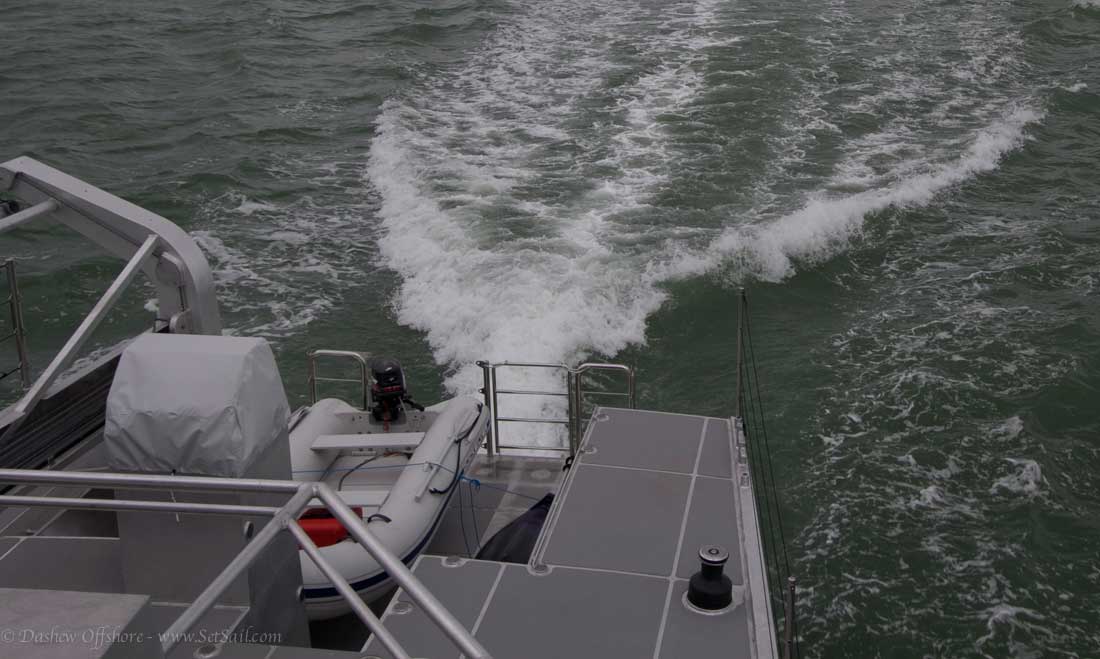 What there is begins aft of the transom.

During the first day of trials we are pleased to report that FPB 97-1 is hitting her numbers. We are not yet ready to divulge these, but by early next week it will be known just how wicked is the FPB 97.

This entry was posted on Monday, November 24th, 2014 at 8:00 am and is filed under Dashew Logs, The Logs, three, Wicked FPB 97. Both comments and pings are currently closed.