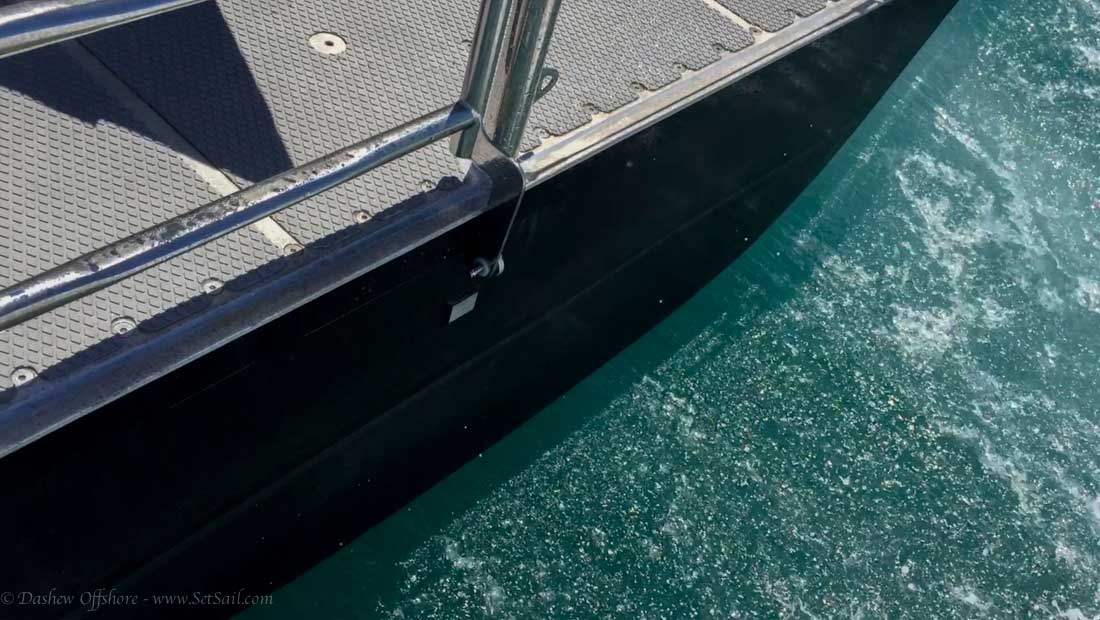 FPB 97-1 is working its way up the engine load chart. We shot some video last week aboard, from which this transom shot is extracted. 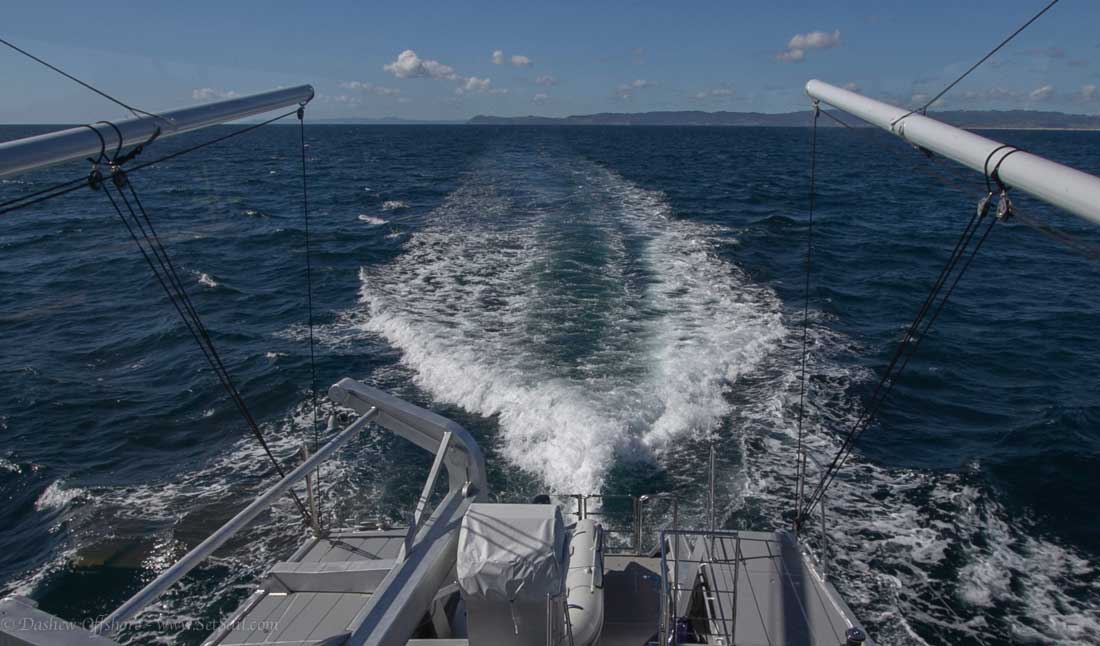 Here is a view of the stern wave we’ve been showing you in previous posts. Notice a difference? It’s a touch higher and further behind the transom. This is shot at 14 knots.

This entry was posted on Tuesday, December 9th, 2014 at 6:03 am and is filed under The Logs, three, Wicked FPB 97. Both comments and pings are currently closed.