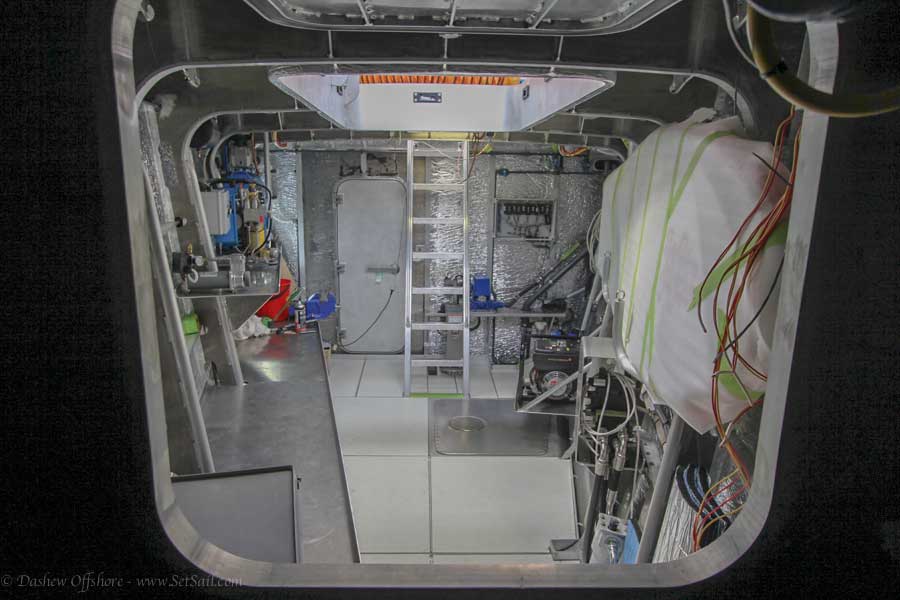 It is the first day of August and time for an update, starting with three shots of the FPB 97-1 forepeak, looking here from inside the chain locker and aft. 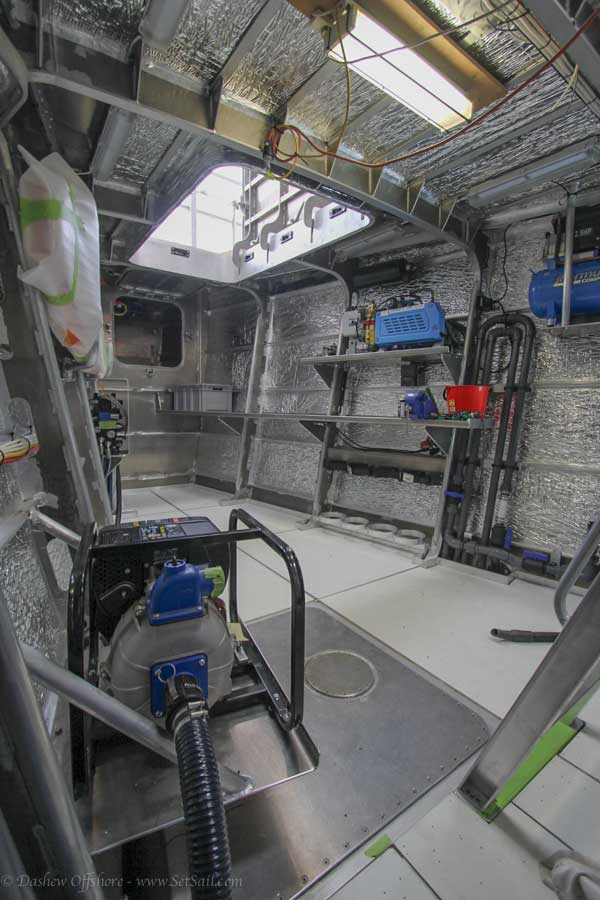 Now looking forward, the diesel fire/dewatering pump is in the foreground. A dive compressor is on the starboard side forward above the workbench. 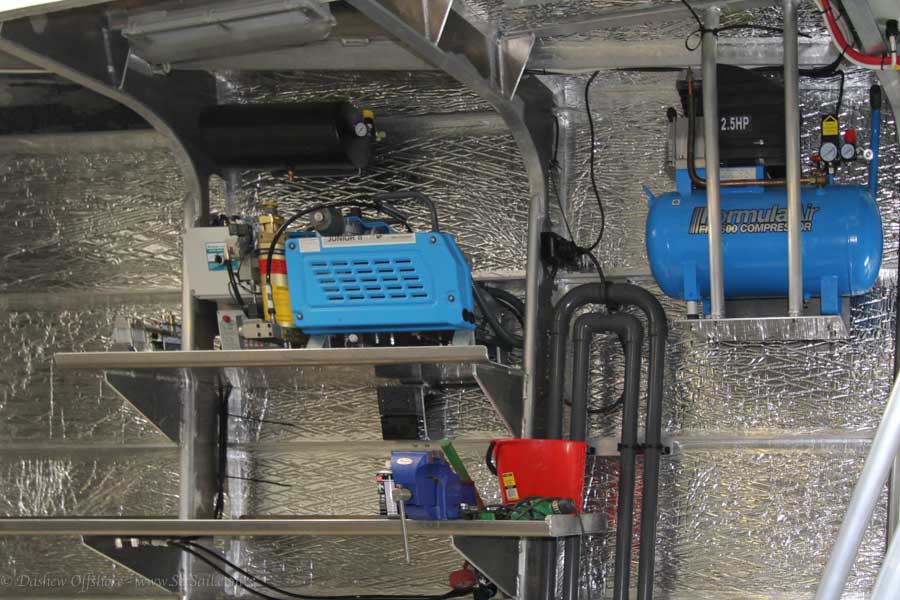 And a closeup of the workbench, dive compressor, and horn compressor upper right. 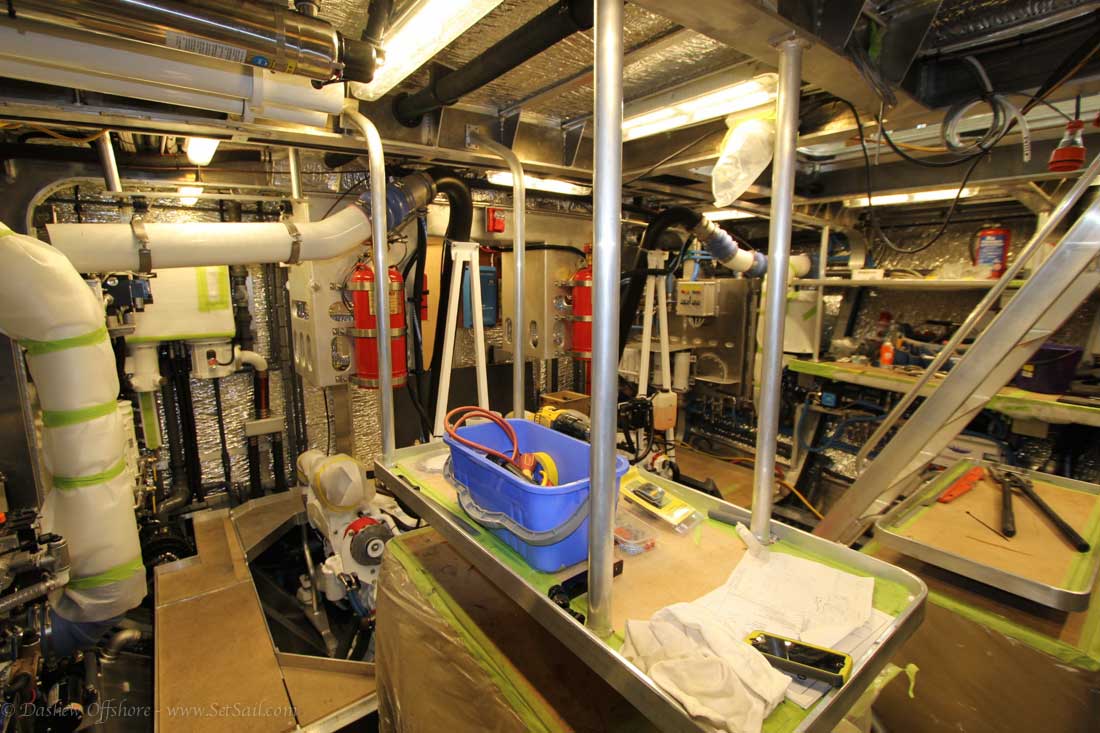 Moving into the engine room now. 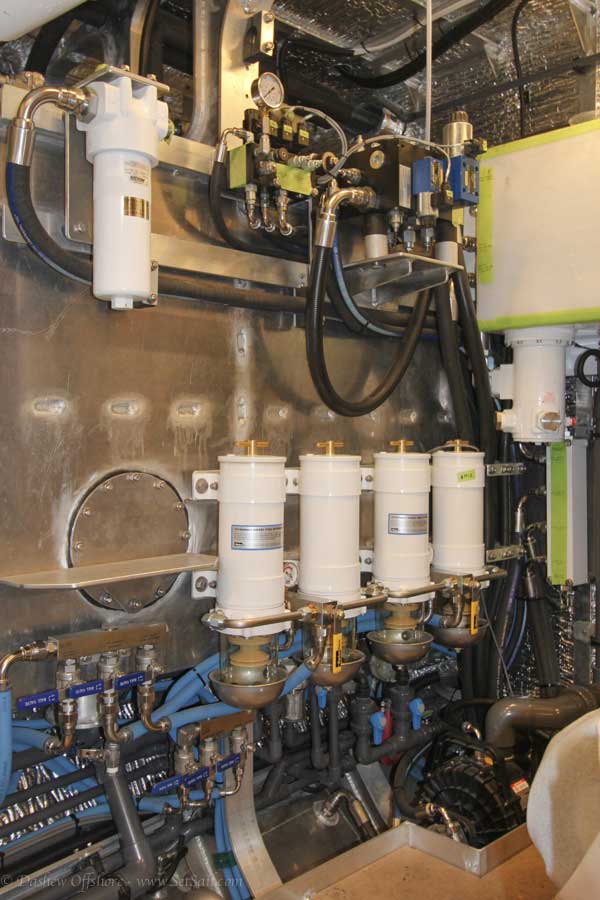 Fuel filters on one of the day tanks. 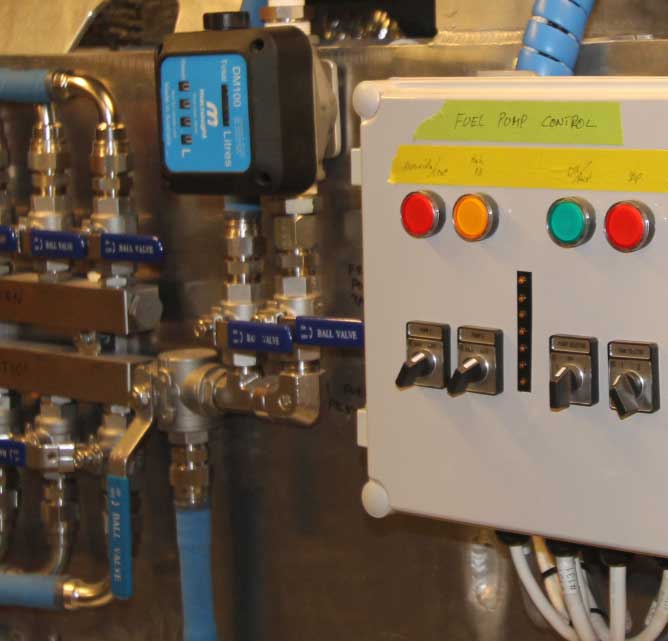 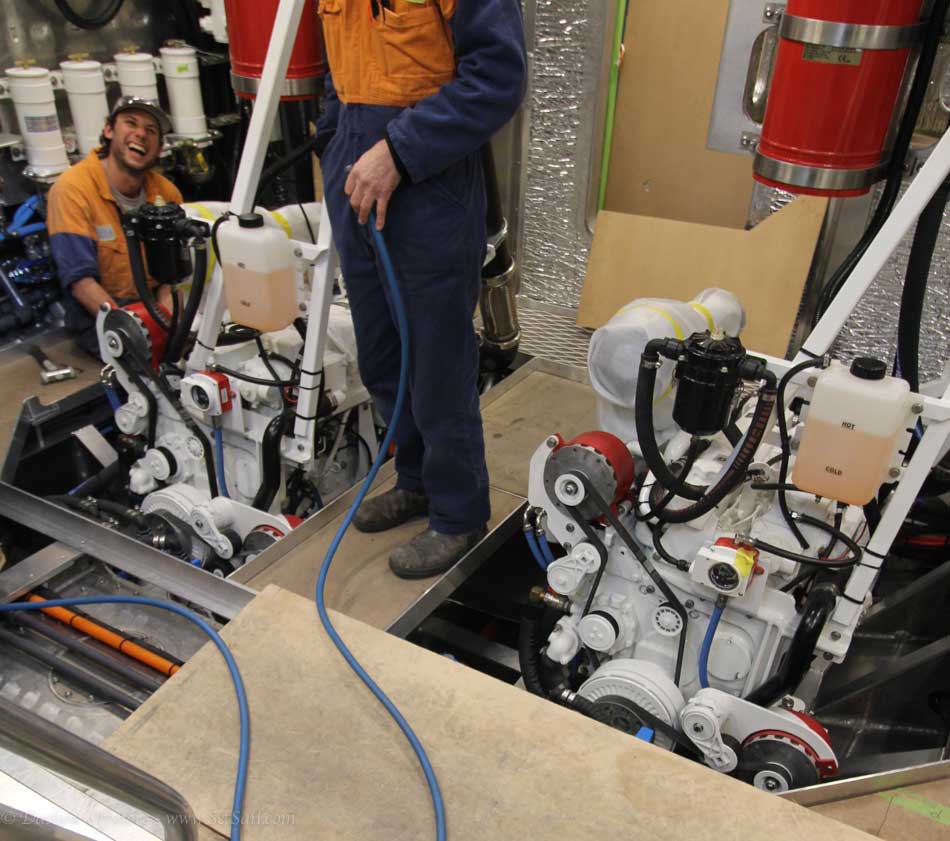 And a set of legs and Circa engineer to give the engine size a sense of scale. Hard to imagine these little diesels will move this 110-foot/33m yacht along at an easy 11.5 to 12 knots. 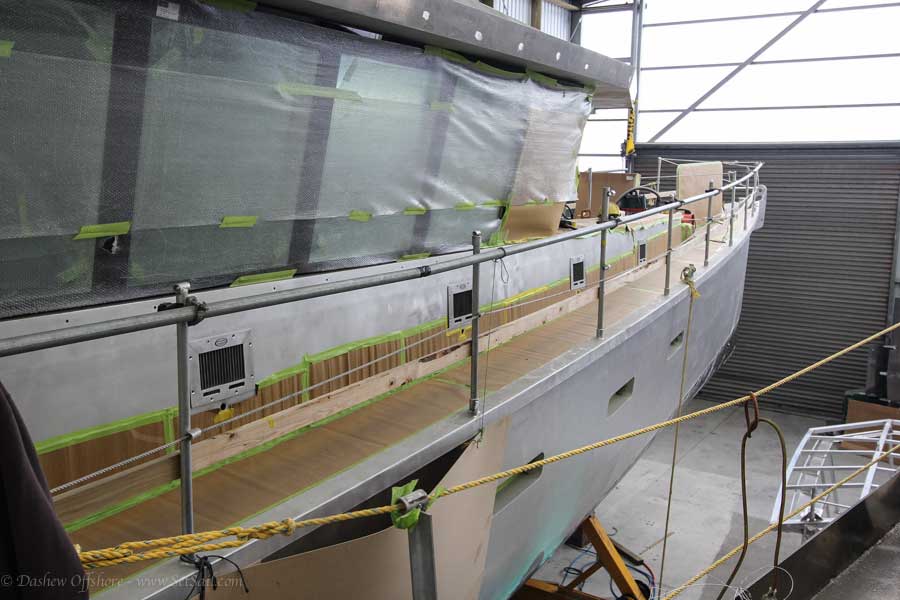 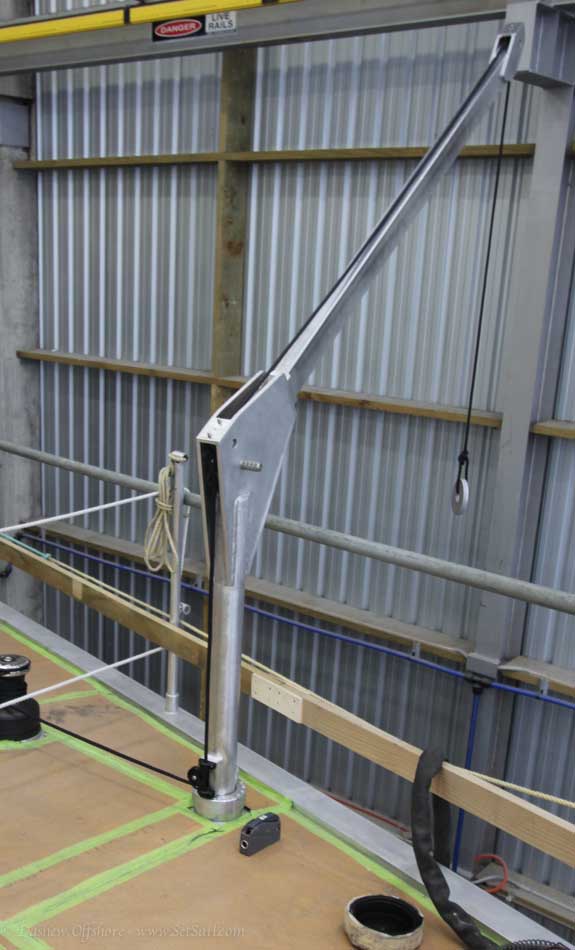 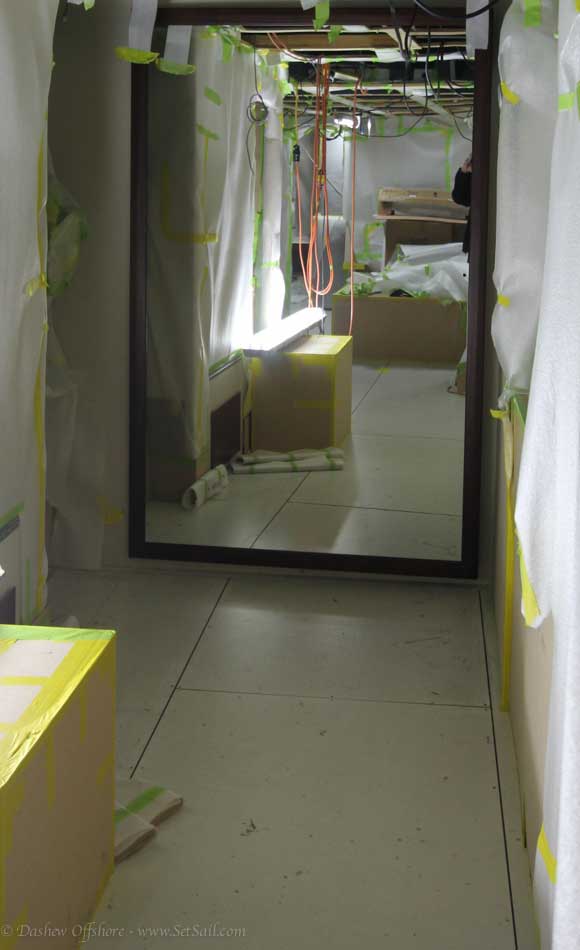 The forward end of the master suite with a full length mirror. 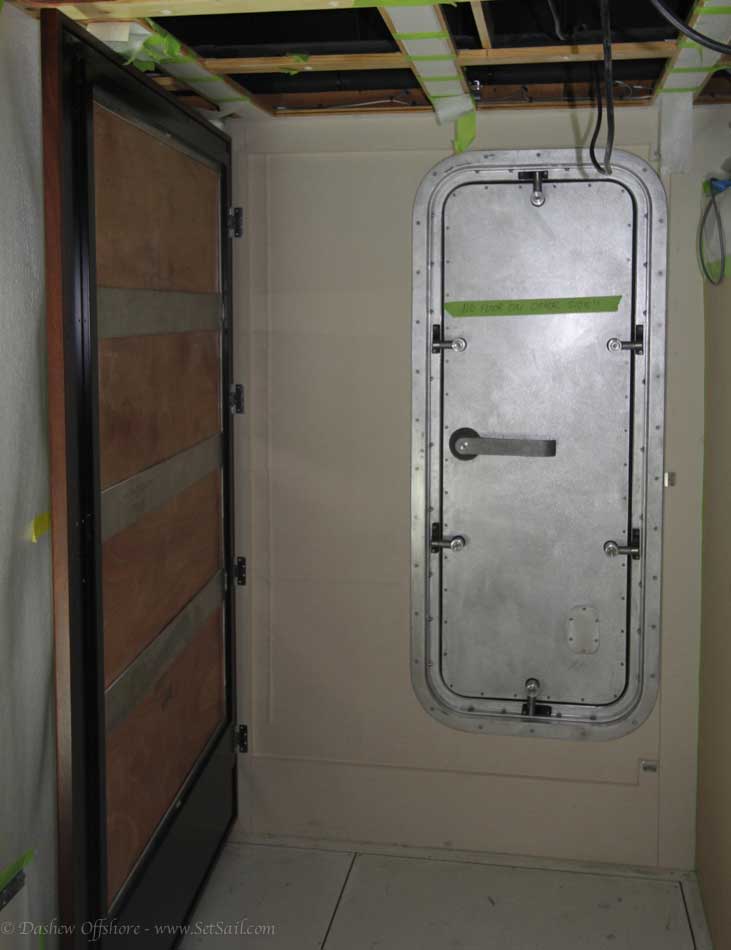 Which leads to a watertight door in the forepeak bulkhead. 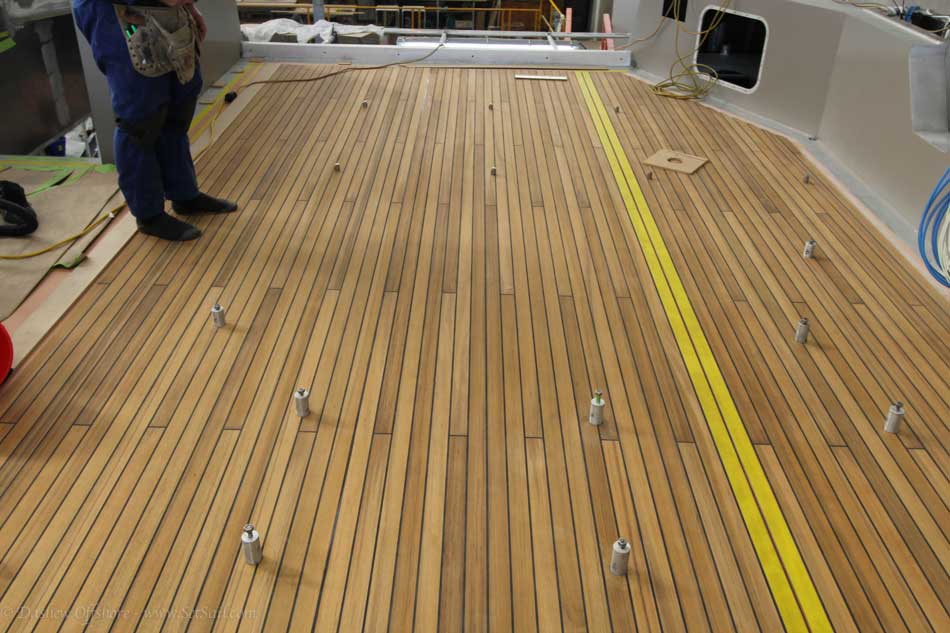 A final FPB 97 photo, this time the decking for the Matrix deck. 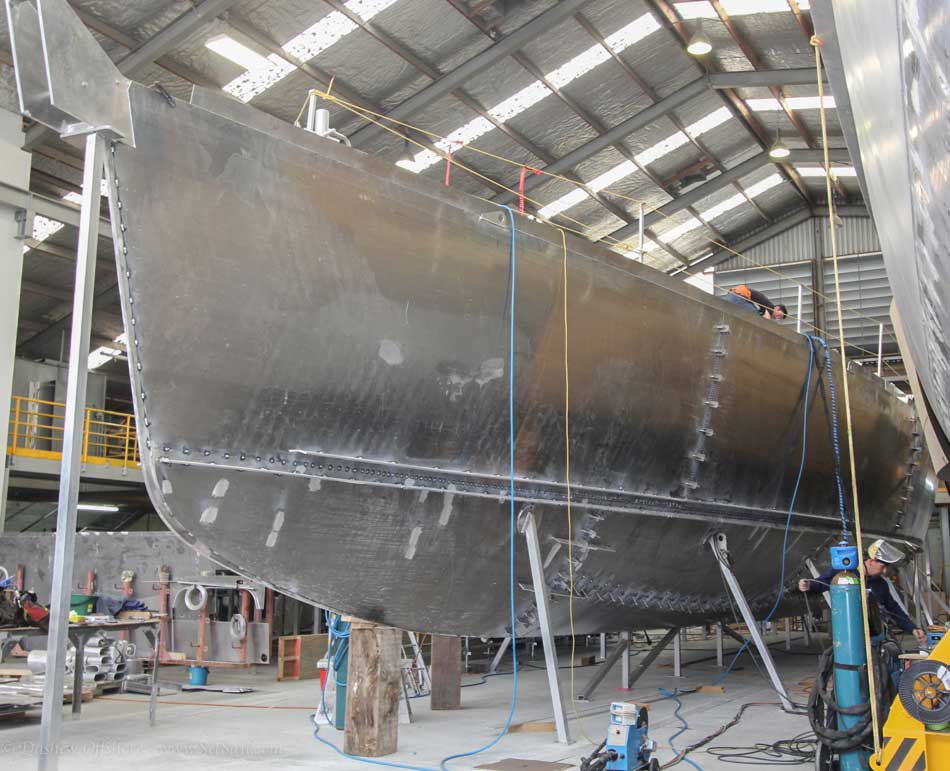 Switching now to FPB 78-1, which has its hull plating completed. 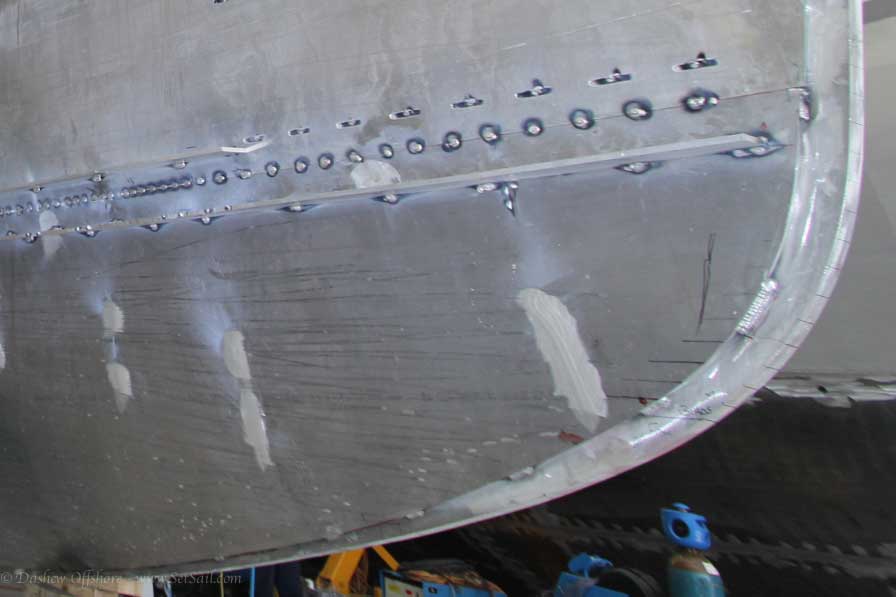 The bottom shape is very fair. The stem bar projecting forward will have its edges softened up to the top of the bootstripe. Above this point it will remain squared off and brutish looking. 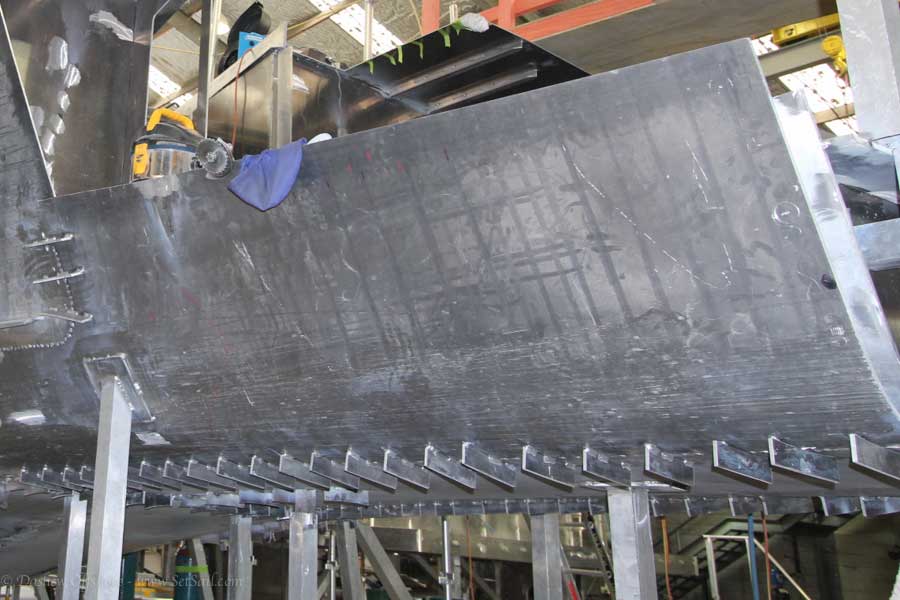 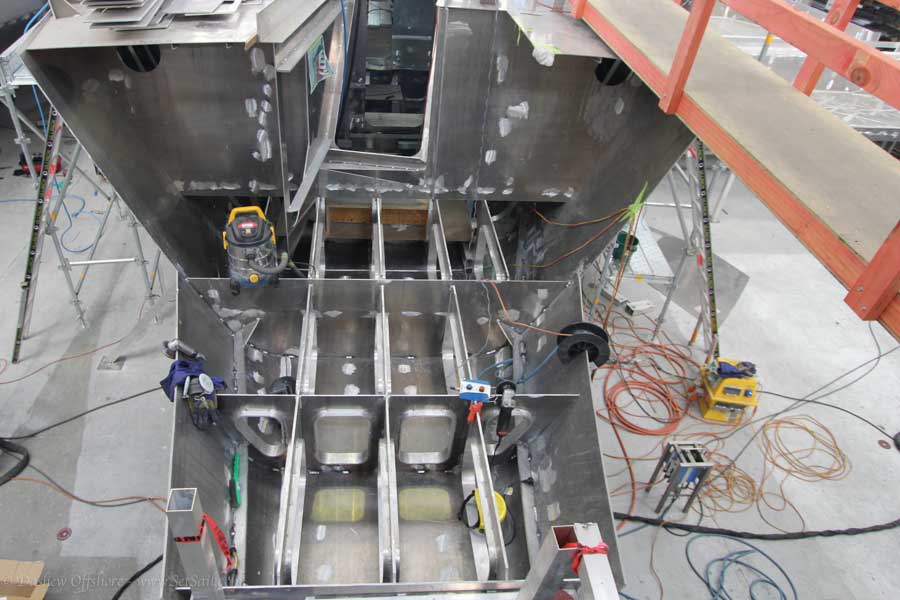 And a look at the internal structure of the swim step. 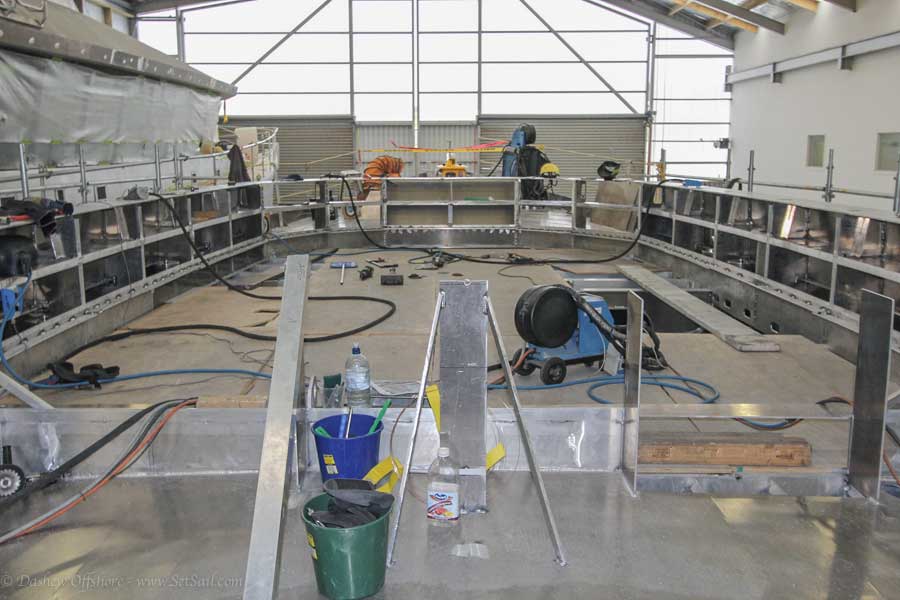 The coamings surrounding the great room are in place. 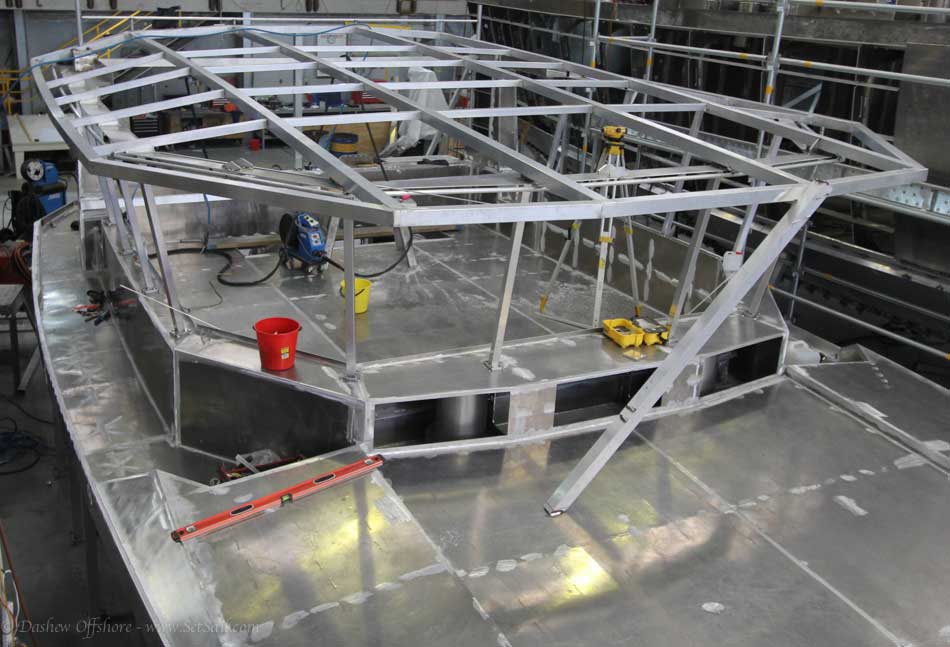 With the great room roof and Matrix deck framing nearby waiting. 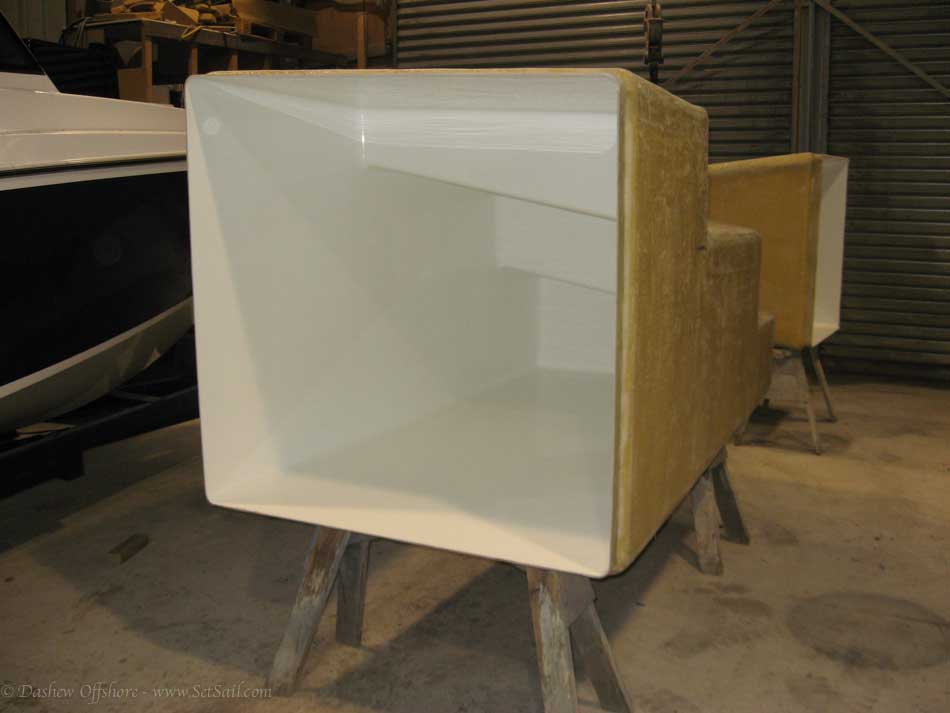 One of the shower moldings. 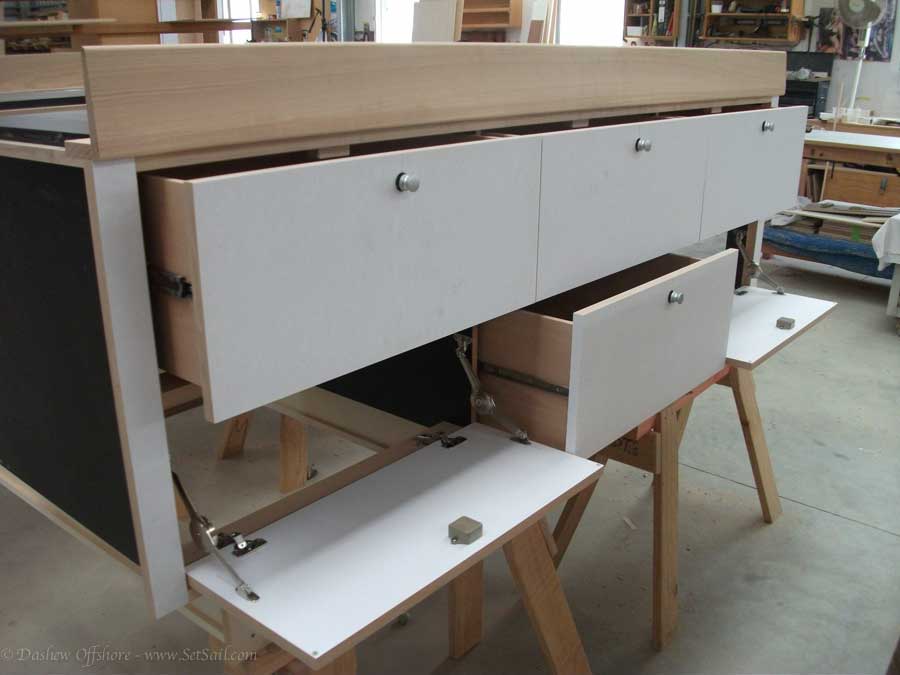 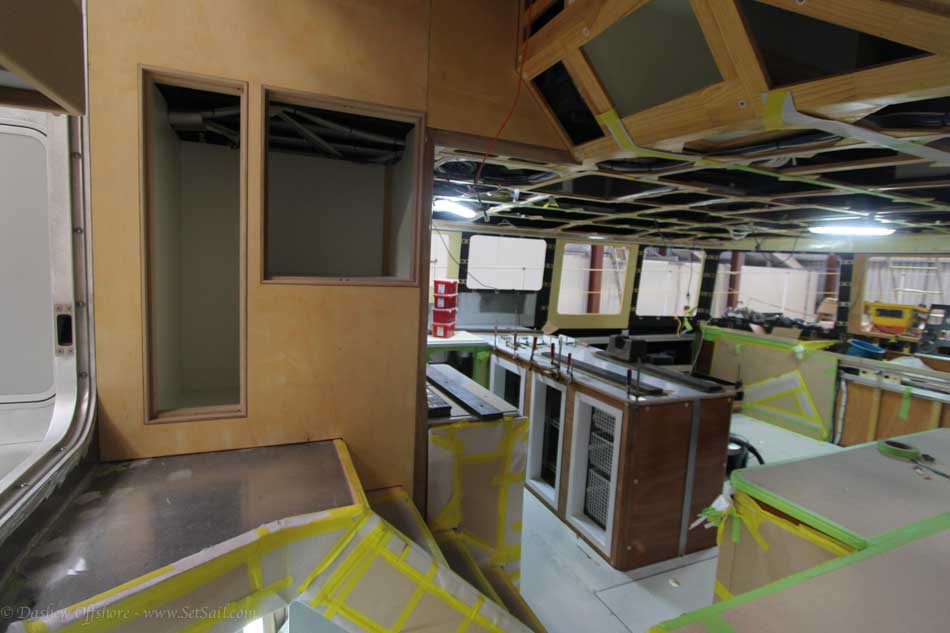 A final shot, this time the entry landing locker for FPB 64-10.