FPB Construction Update As Of December 18,2013 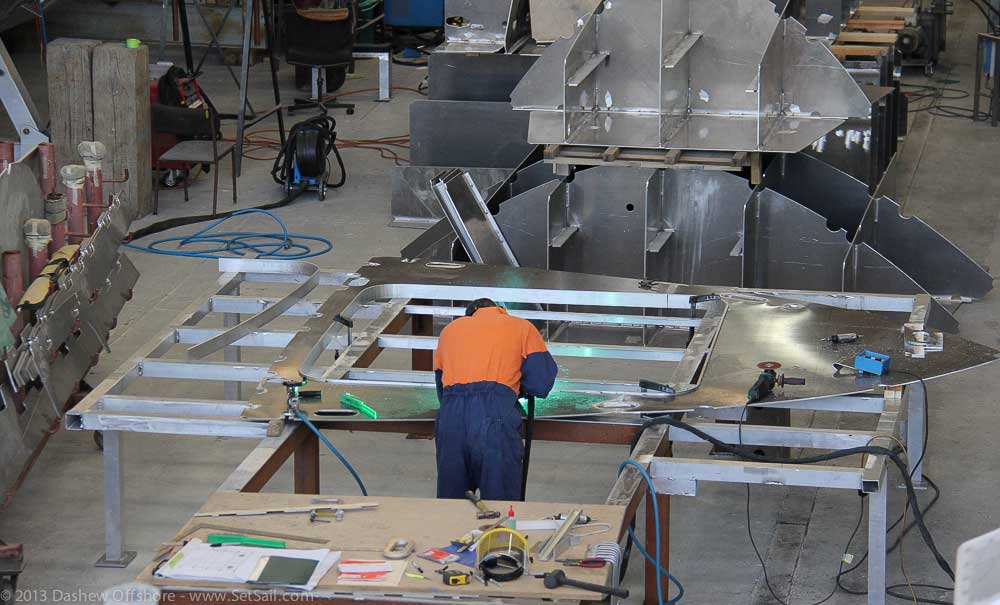 The parts pile grows larger for the first FPB 78. 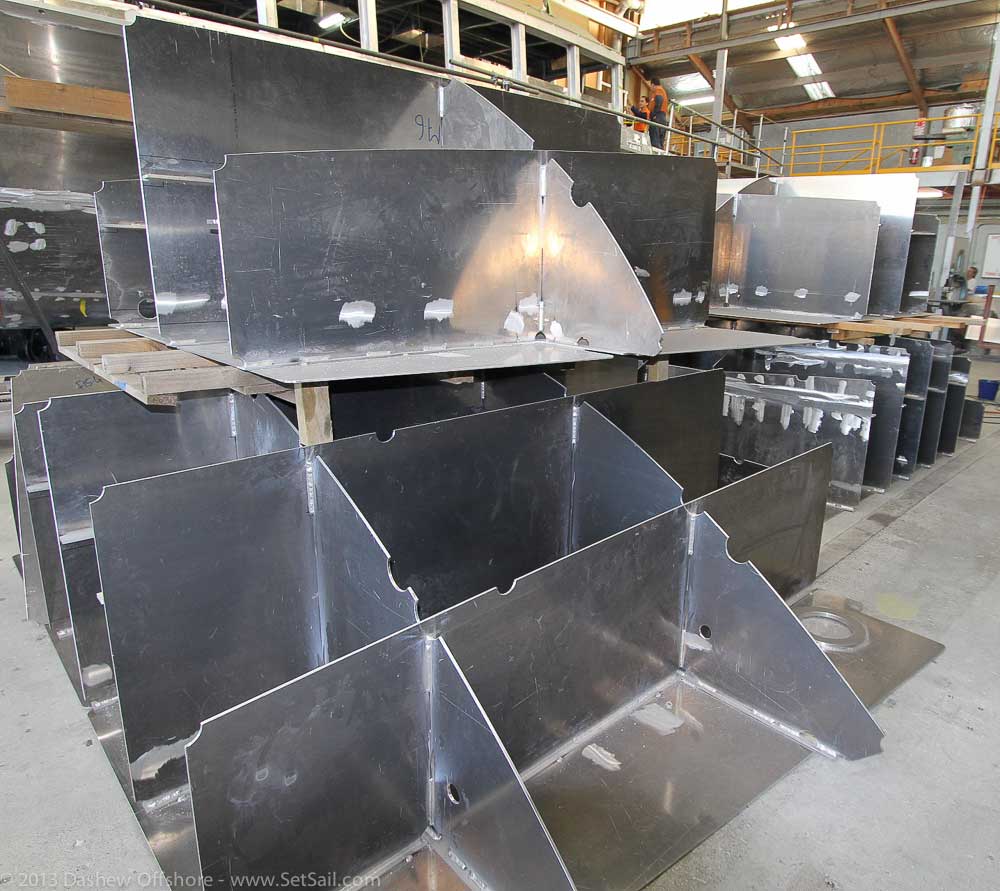 Shortly after the Kiwis return from their holiday break we’ll start to see these sub assemblies being fitted onto the building jig. 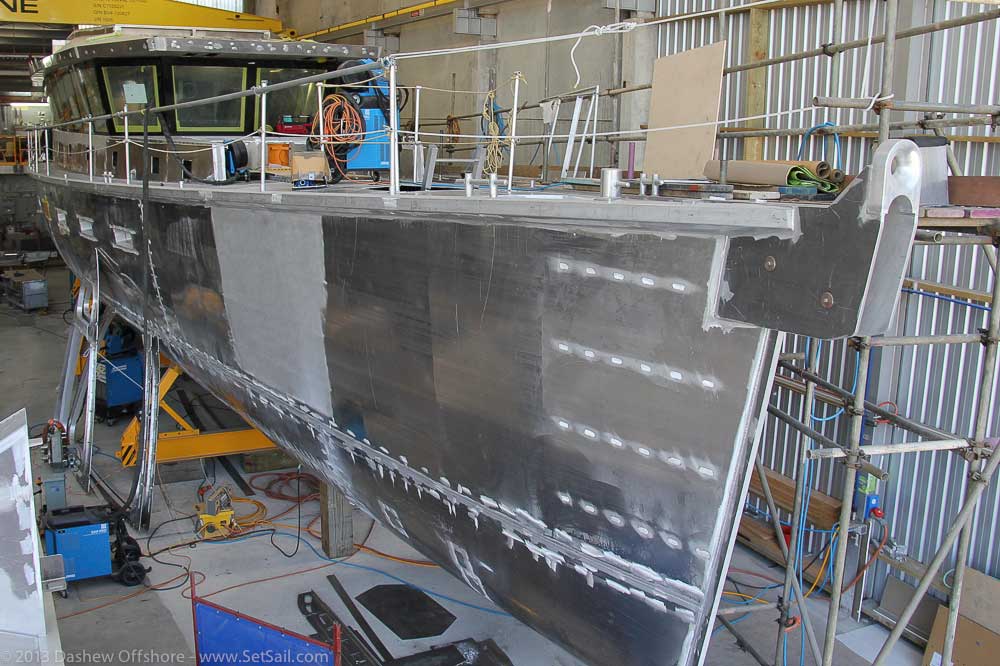 Meanwhile, FPB 97-1 is coming together and is now at a point where it is possible to get a feel for her shape and volume. 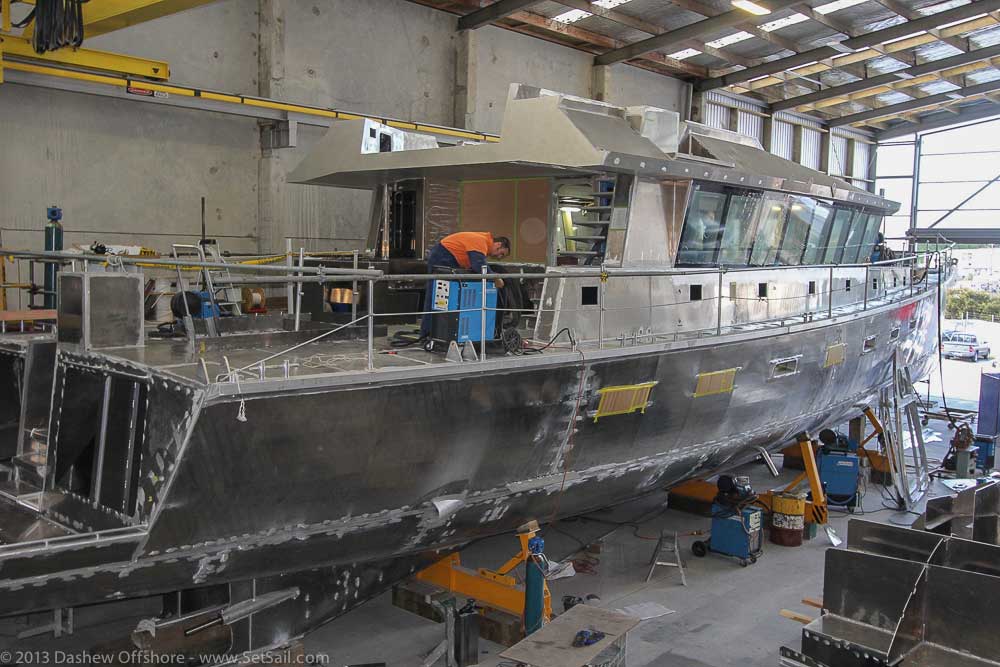 Of course we are prejudiced, but we do think this a lovely looking shear. 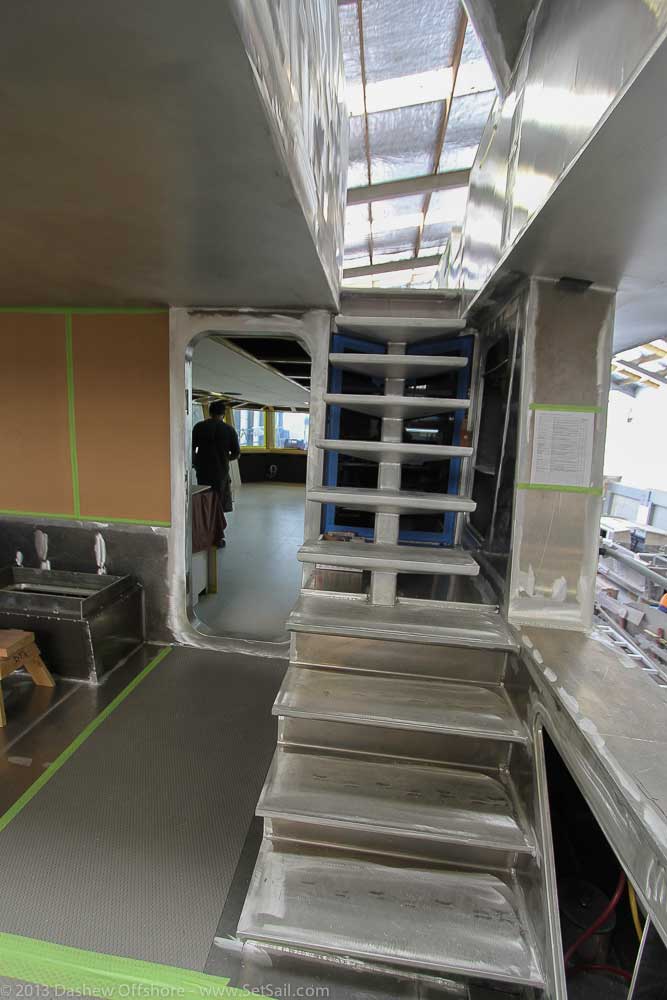 The stairs leading to the Matrix deck. 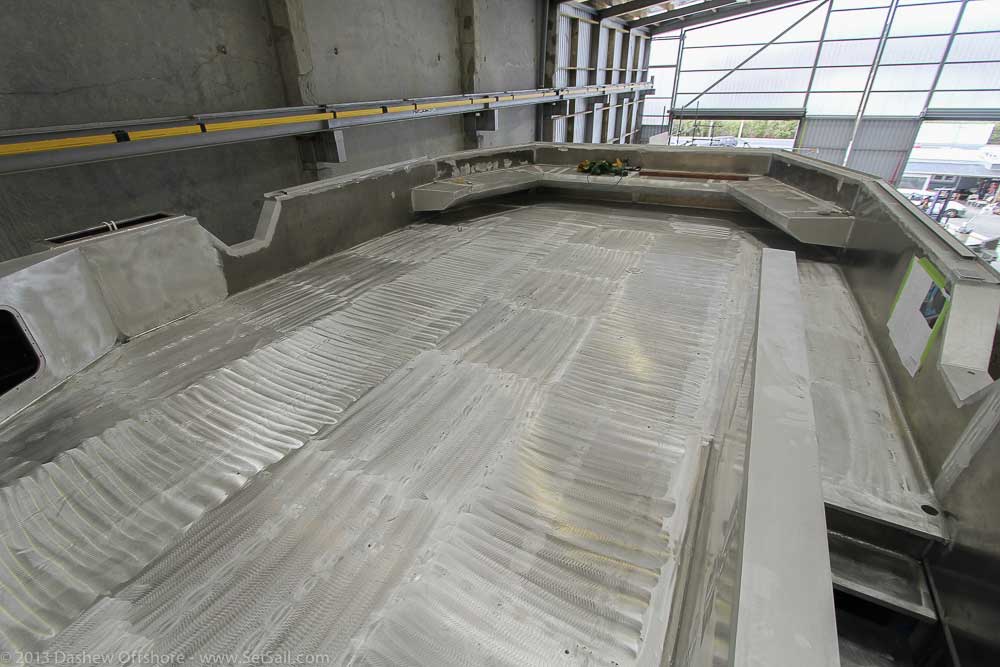 The Matrix deck from the aft starboard corner. 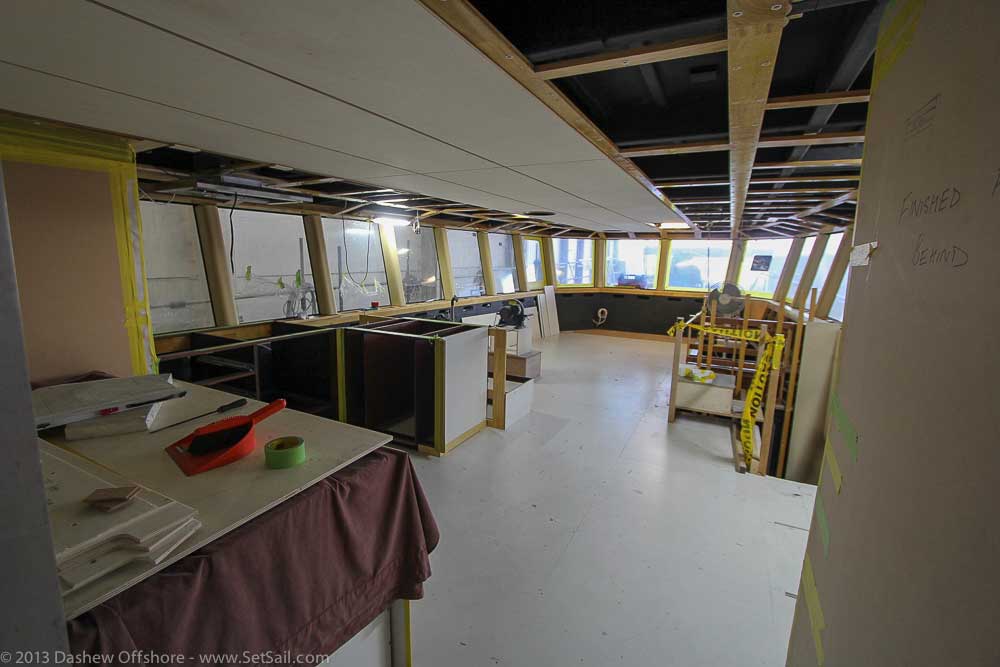 Looking into the great room from the main entrance door. 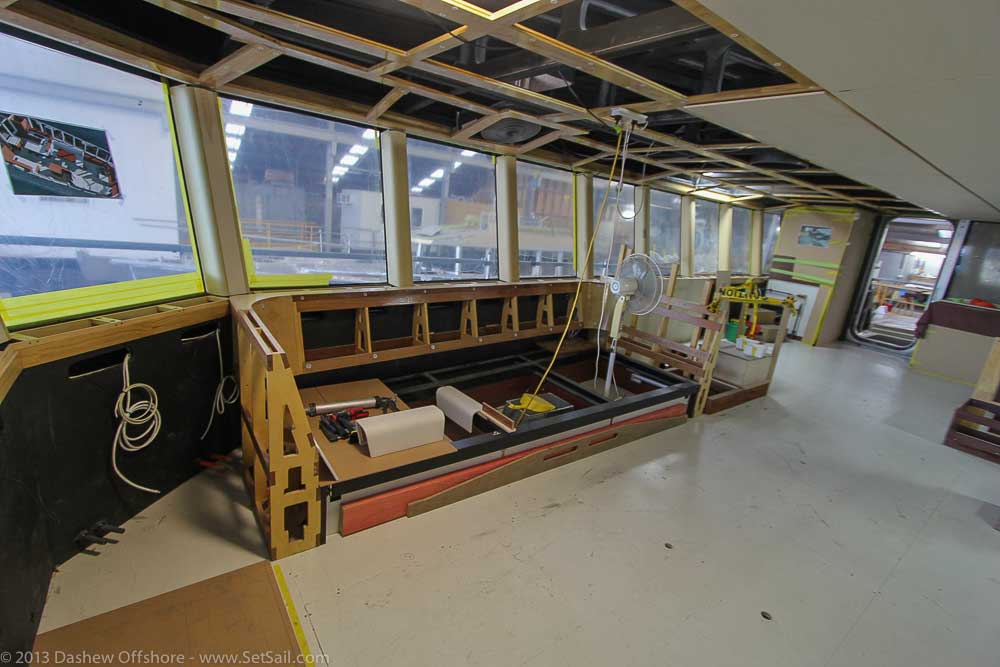 The framing for the great room settee. 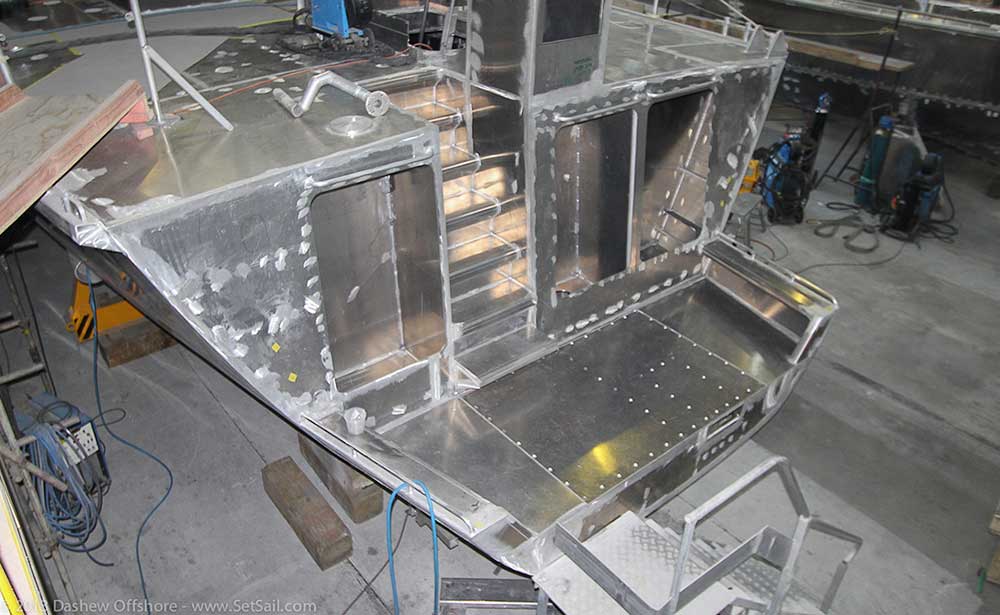 Finally, the swim step and lockers.

This entry was posted on Friday, January 3rd, 2014 at 12:10 am and is filed under Dashew Logs, three. Both comments and pings are currently closed.