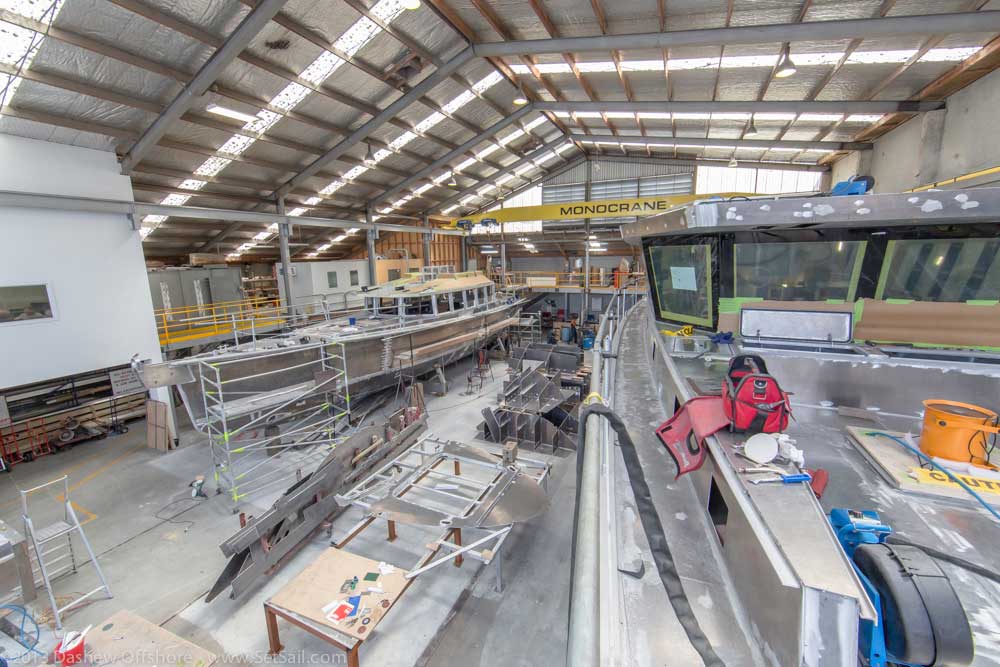 We are just back from a week at ground zero in the FPB world. We had the chance to take a couple of boat rides, hang out with three owners who are presently moored in the town basin, and review hundreds of details with the Circa team. Long, hard, but gratifying days. In particular seeing one of the sheds with a FPB 64, the beginnings of the first two FPB 78s, and a 97 gave your correspondent a buzz. 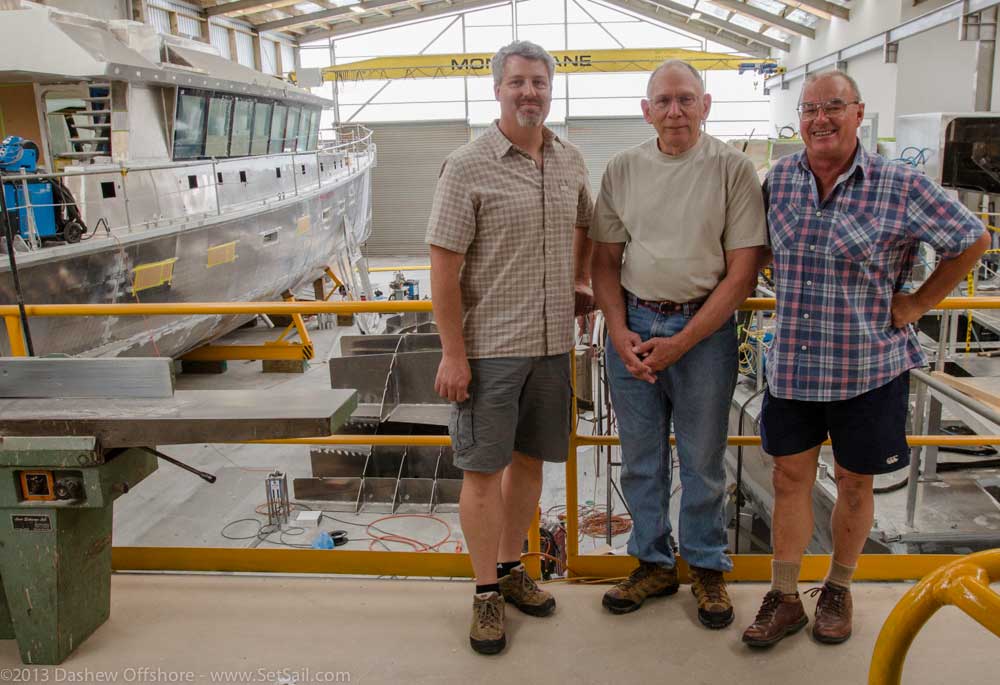 This is not an easy game to play, and the past year has been intense, with the design cycle of getting the FPB 78 series up and running, and the usual work load of attending to the needs of fourteen owners. Yet we and the Circa team are in good spirits, as you can partially see above. 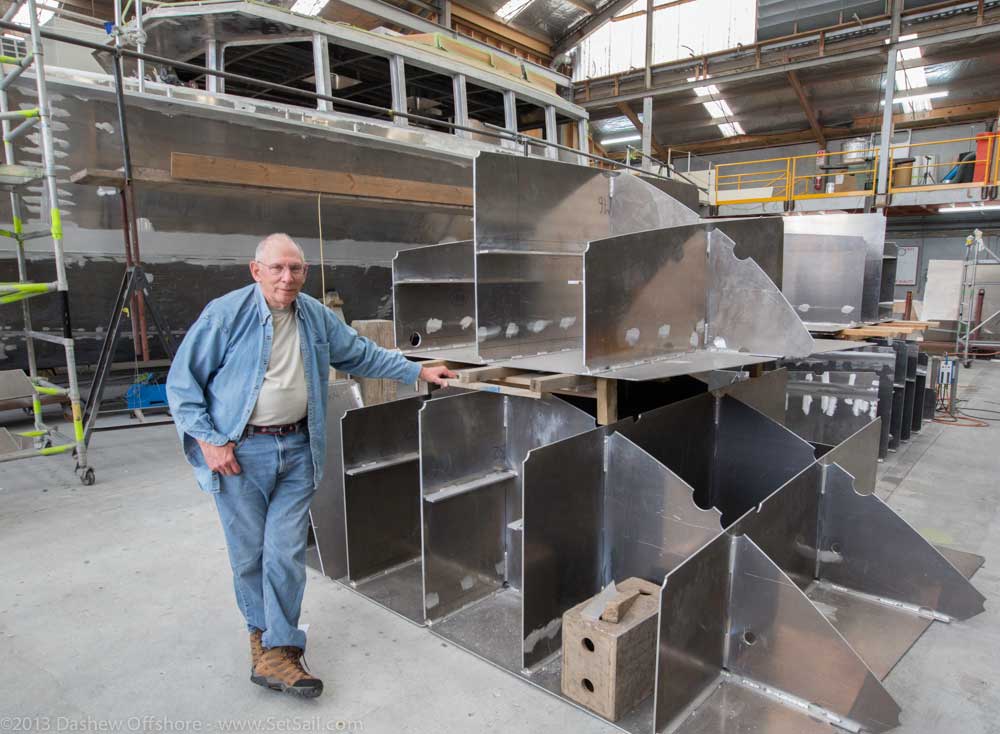 It is always nice to see the vision that is generated in the computer between our ears, and on the desk, take shape. This is the beginnings of FPB 78-1. 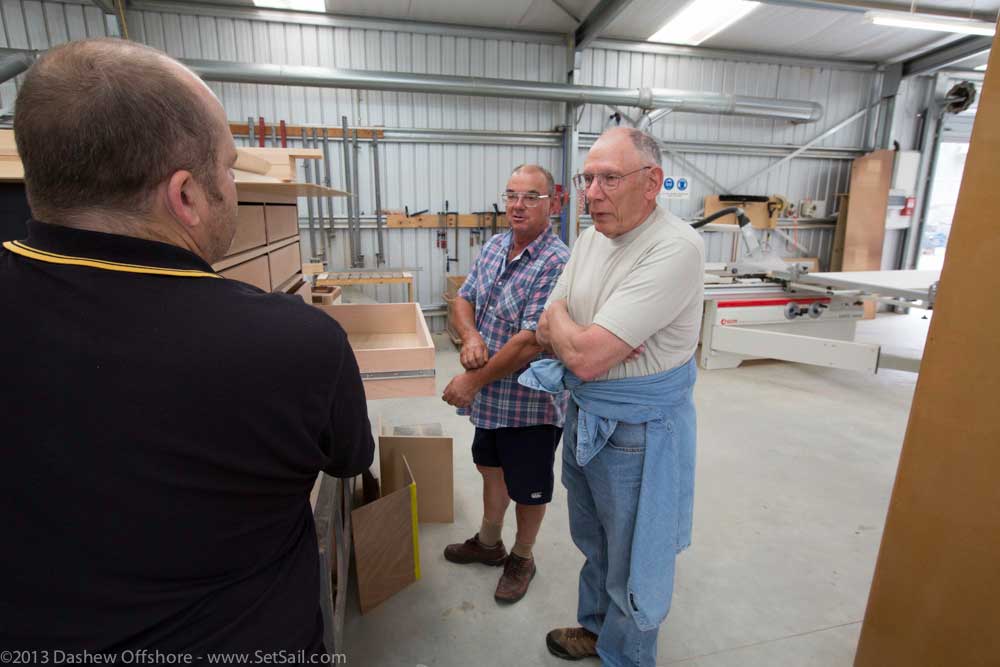 Brendan, in the foreground, runs the carpentry shop. He is discussing fridge drawer details with us. 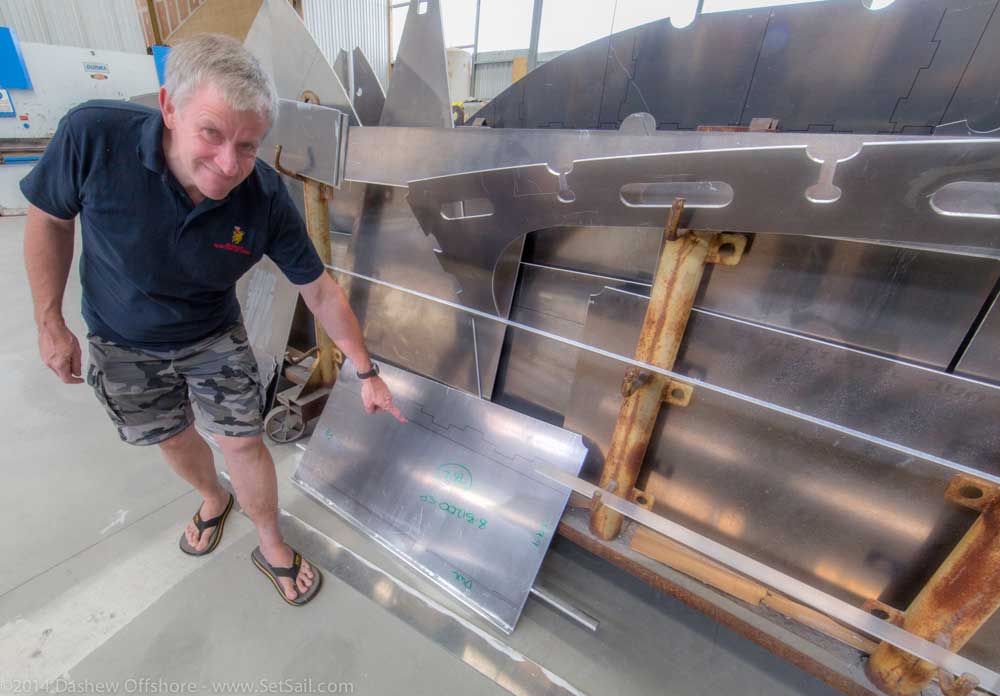 Peter Watson is pointing at the first batch of the plate for his FPB 78. Imagine that, two FPB 78s being built in sequence. 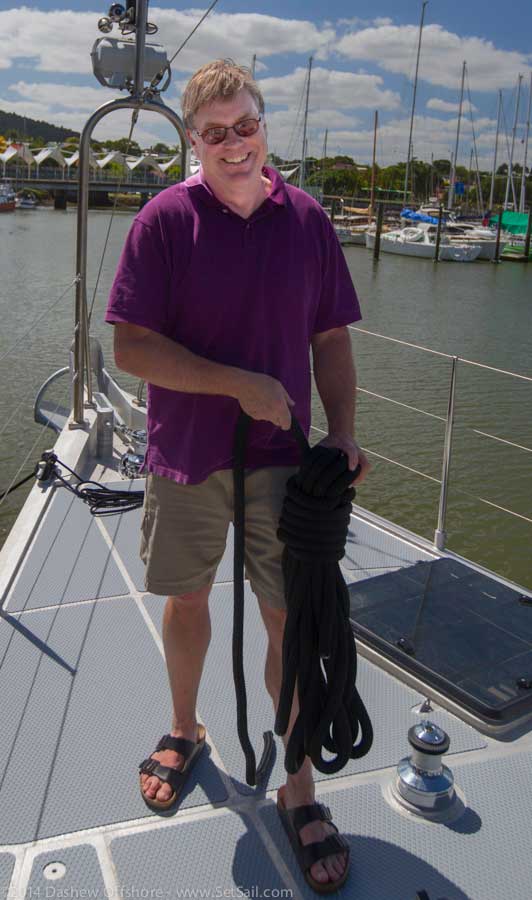 Stedem Wood is in Whangarei getting familiar with FPB 64-8. We had an interesting afternoon playing at very close quarters maneuvering in shallow water: rotating, kissing pilings, and getting off a mud bank. All accomplished with Stedem’s adept touch on the helm and no thruster. 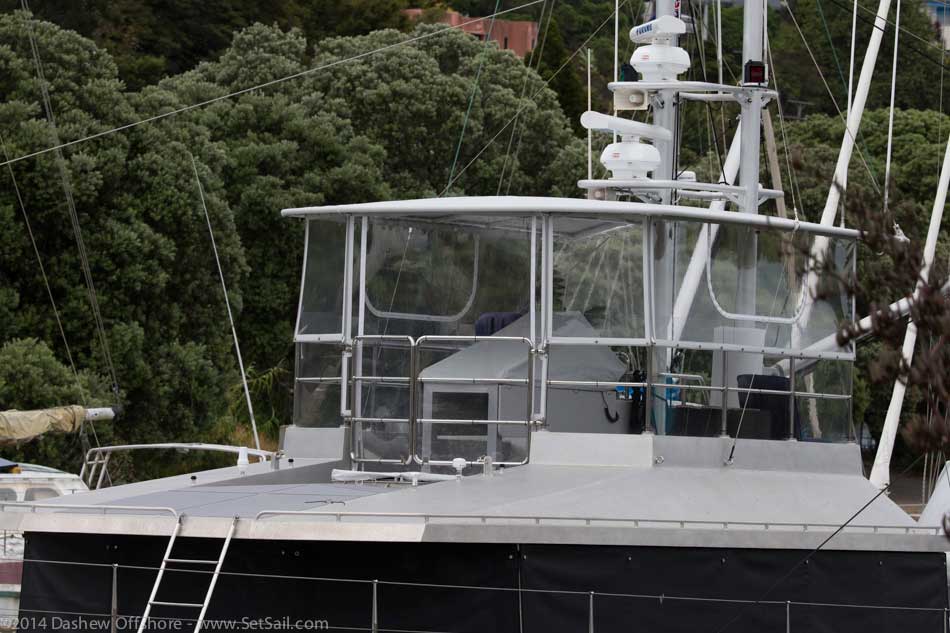 FPB 64-5 Tiger is in town as well. John and Sandy Henrichs are doing a few projects, prior to their next season of cruising. It is always a pleasure chatting with the Henrichs and getting their ideas for improving the FPB breed. 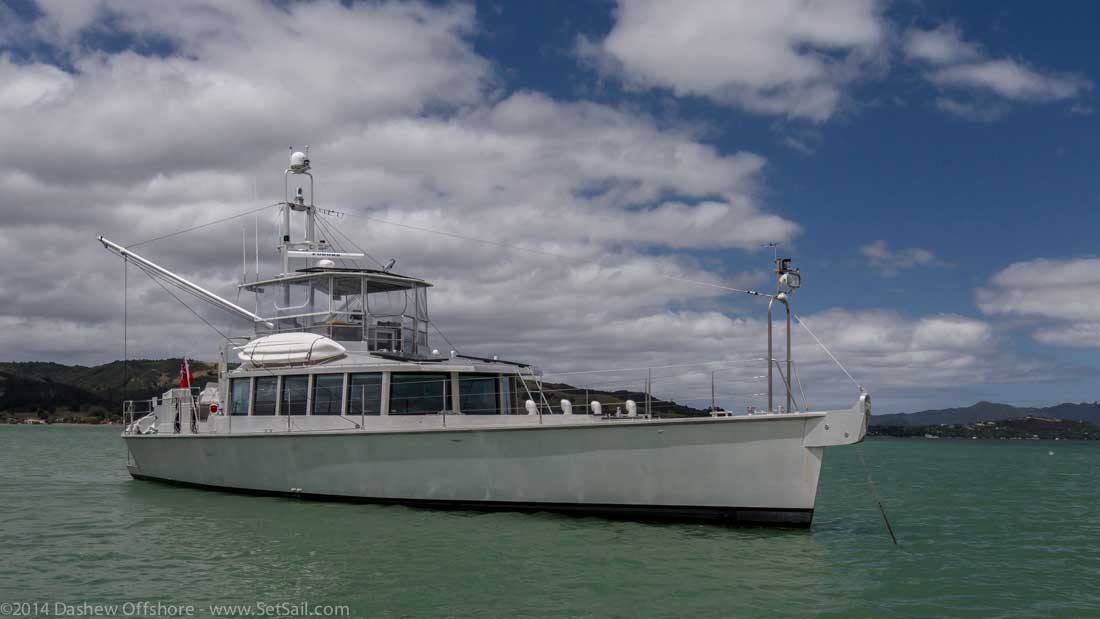 We will close with this shot of FPB 64-6, Grey Wolf, at anchor a few miles from her dock. Peter Watson took pity on this writer and offered a ride on a lovely Sunday afternoon. We were able to undock and dock with adverse winds and current, with just two boat widths separating us from the neighbor, and mud flats within a boat length on two sides–without using the thruster of course. As this was one of the first times Peter had maneuvered his FPB 64, it was an impressive display of driving skill. We also had a chance to see if the depth alarm was working (it was) followed by a test of getting off a mud bank under our own power with a falling tide.

Finally, Sarah Dashew has a new post up that is a recap of the FPB concept and how it works in the real world, told from the owners’ perspective. You can find it here.

This entry was posted on Wednesday, January 22nd, 2014 at 5:51 am and is filed under Dashew Logs, four, FPB Series Notes, The Logs. Both comments and pings are currently closed.


12 Responses to “Report From Ground Zero”