The Most Spectacular America’s Cup…Ever 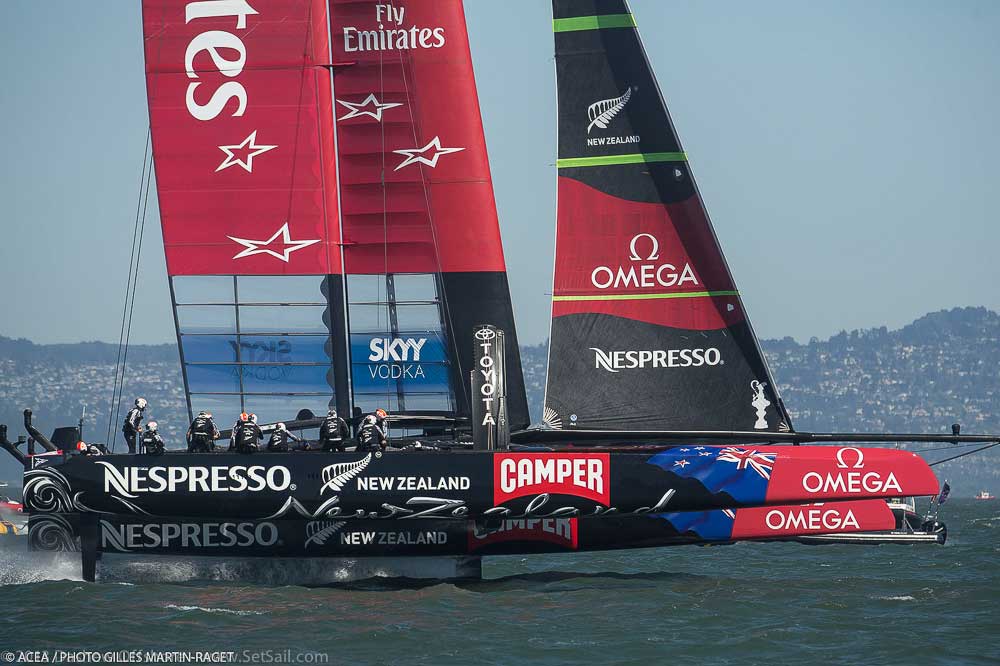 This is the most competitive, compelling, and fastest America’s Cup ever. And if you have not been watching you are missing the spectacle of a lifetime.

The racing is closer than ever before, we are seeing tacking duels upwind with closing speeds of 50 knots and crosses with a hair’s breadth of separation. Even faster are the crosses downwind. 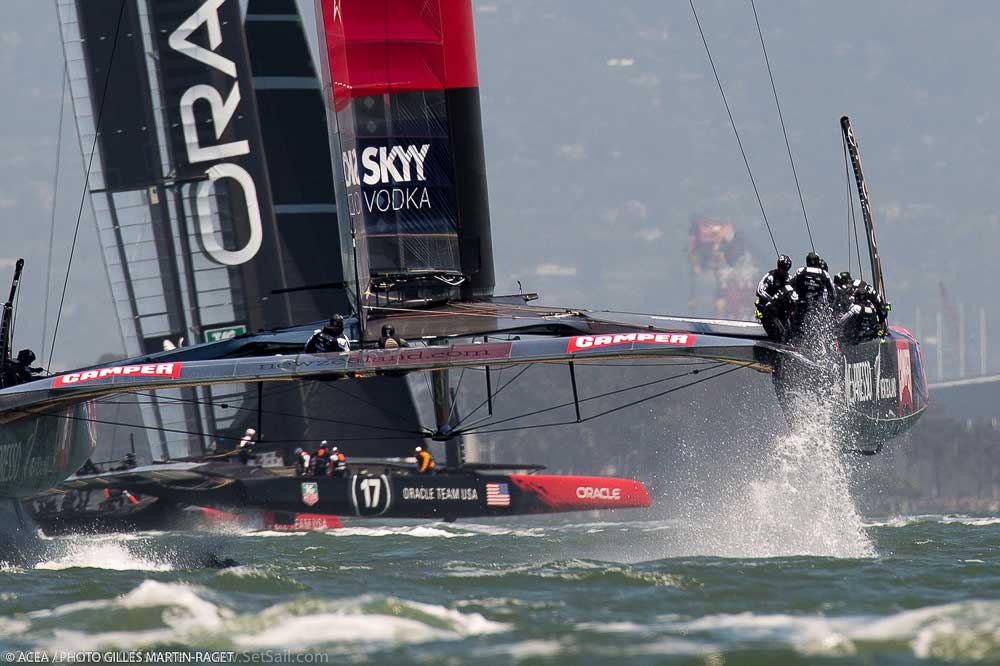 The speeds upwind are now above 30 knots when the boats are footing to an expected header. And as predicted on SetSail, both boats have learned to fly on their foils to windward. Yesterday’s race was sailed at a boat speed of twice the wind speed average for the entire course! 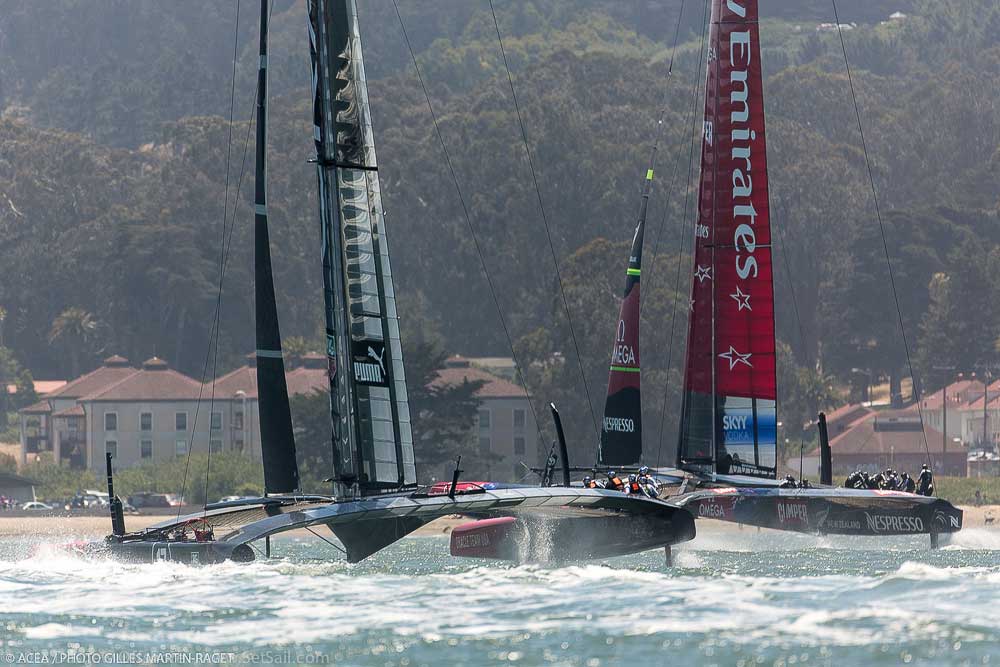 The boat speeds and crew work are closely matched. Make a mistake and you lose. Stan Honey’s graphics and camera control systems are sure to win him another Emmy award. Even the commentary, with Kenny Read and Gary Jobson as experts, is better than we have ever seen it.

Our favorite feature is the America’s Cup app that allows us to listen to the comments of the racing crews – pick your boat or switch between boats to hear the dialog while watching on TV or the computer.

With New Zealand needing only a single win to take the cup back down to New Zealand, the end is undoubtedly near. Check this out while you can!

Post script:  the preceding was written while flying back from the IBEX marine trade show. Having now watched Friday’s action we are reminded that in salboat racing it is never over until the finish line is crossed. And if you think the Kiwis have this in the bag let us assure you they do not agree with you. Jim Spithill and crew will fight to the end. With a luck, and perfect races, they could pull off a victory. The drama continues.

A final comment. Larry Ellison and Russel Coutts have come in for an enormous amount of negative comment from the yachting establishment and the press. Ellison and Coutts are owed a huge thank you what their vision has created.

This entry was posted on Friday, September 20th, 2013 at 10:32 am and is filed under Dashew Logs, four, The Logs. Both comments and pings are currently closed.


6 Responses to “The Most Spectacular America’s Cup…Ever”