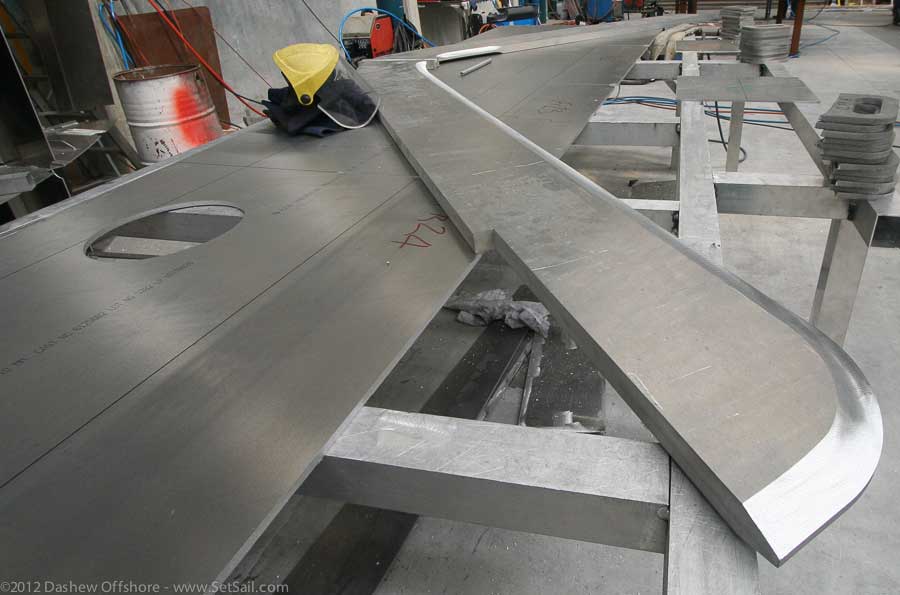 You are looking at the business end of what will become an enormously strong bow structure on FPB 97-1. This is the centerline girder, or stem bar as it is commonly known. It is 40mm thick here, and when joined by the two 12mm topside plates will be a total of 64mm thick, or 2.5″. 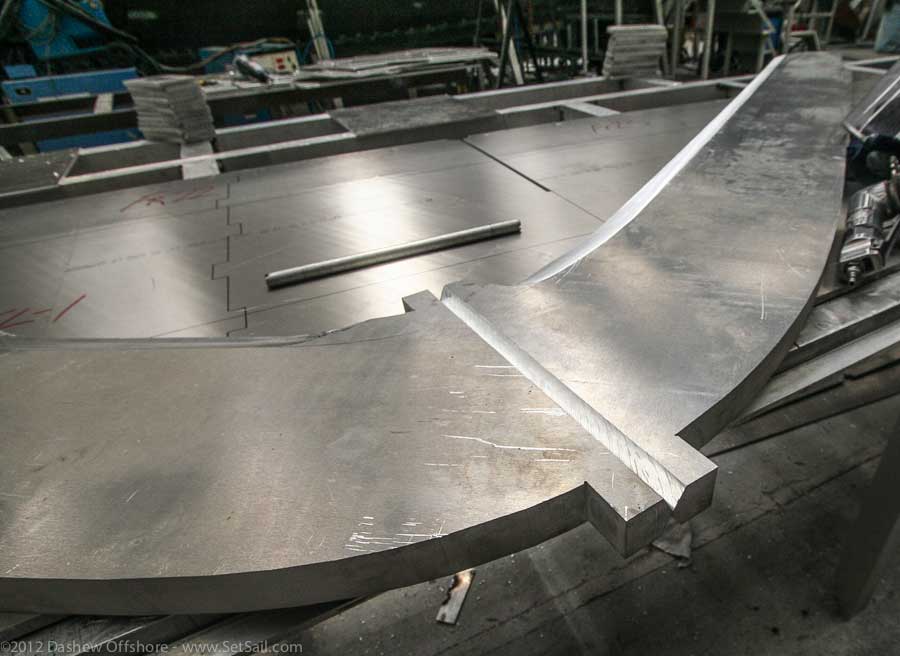 Another section of the stem bar showing it prepped for welding together. 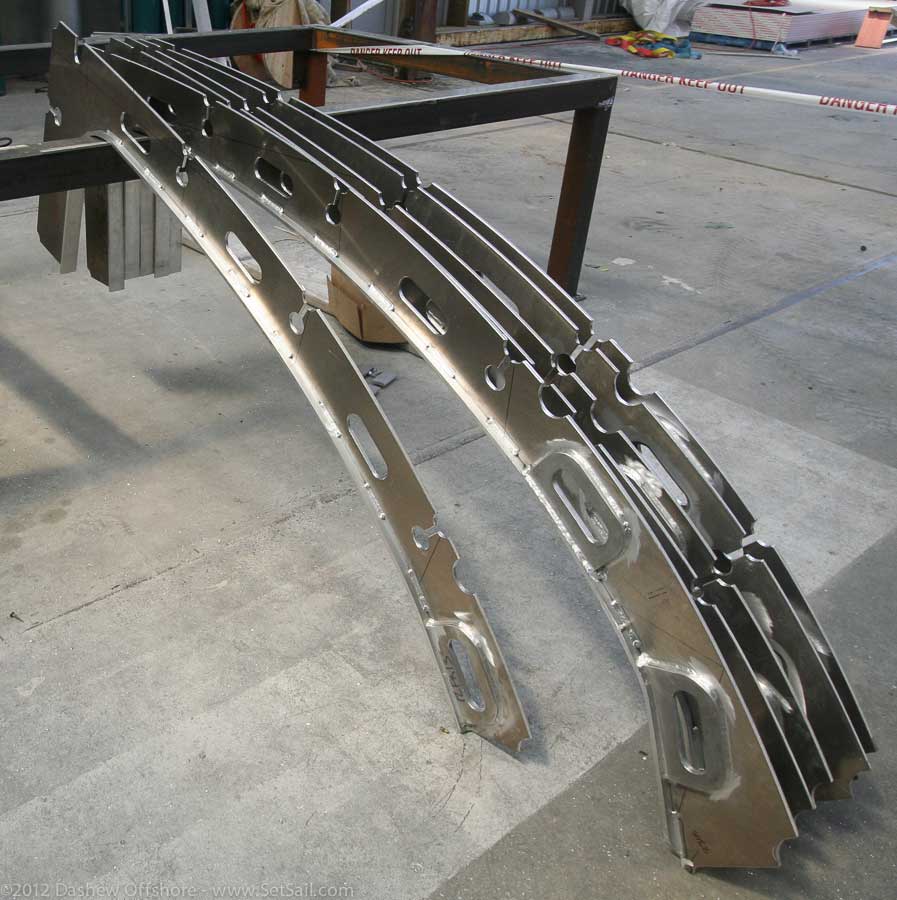 Sections of topside frames. Note the notches for systems runs. 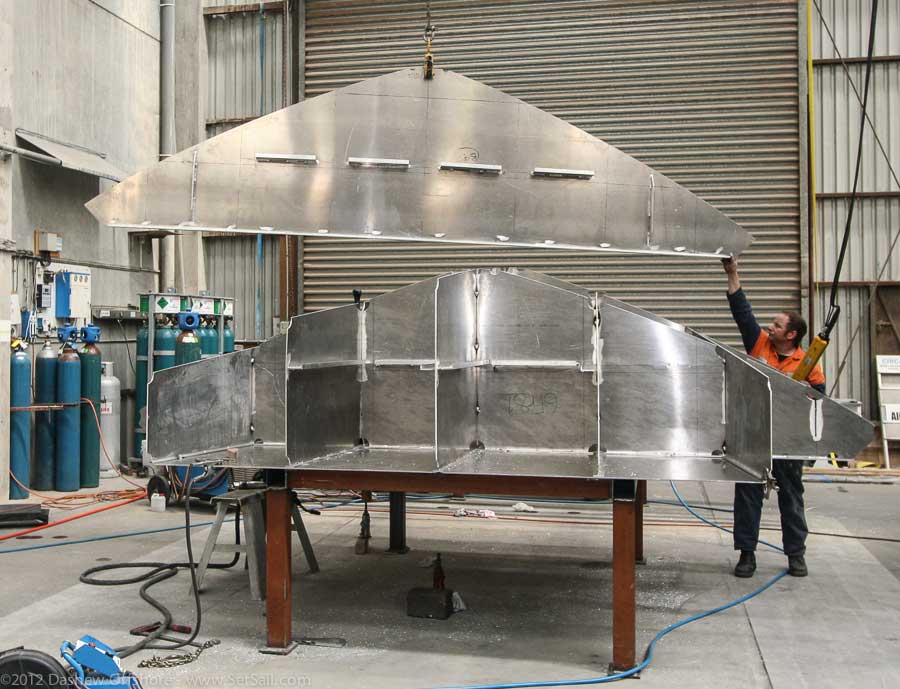 Tank/hull assembly jig. The hull is being built in sub sections, to be later joined together. 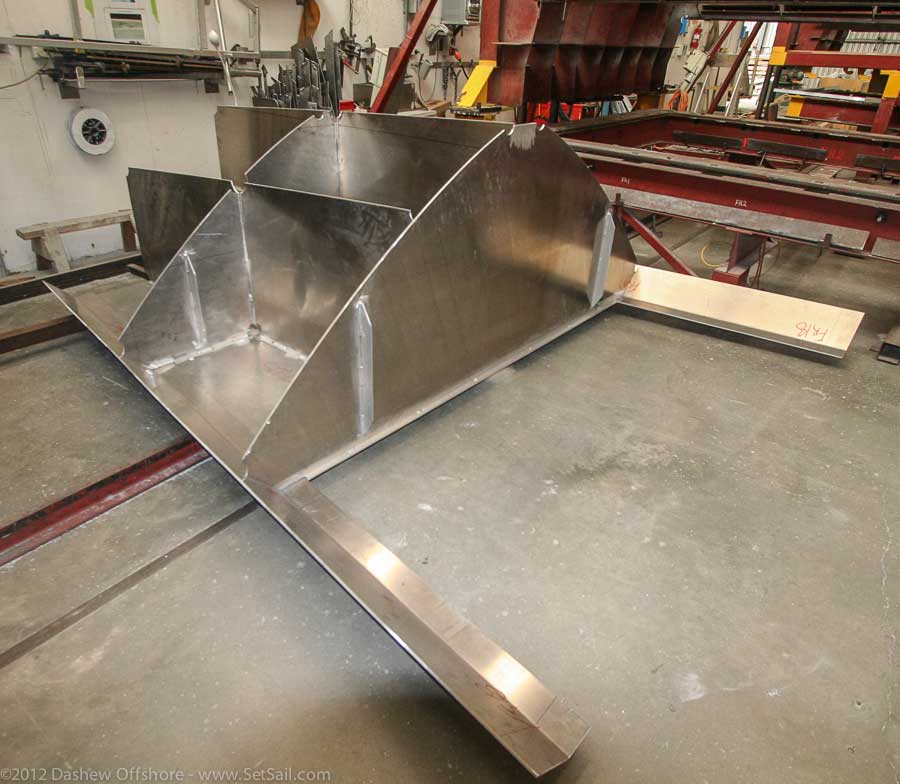 Note the top plate (under the sole), margin sections, and framing are all in place. 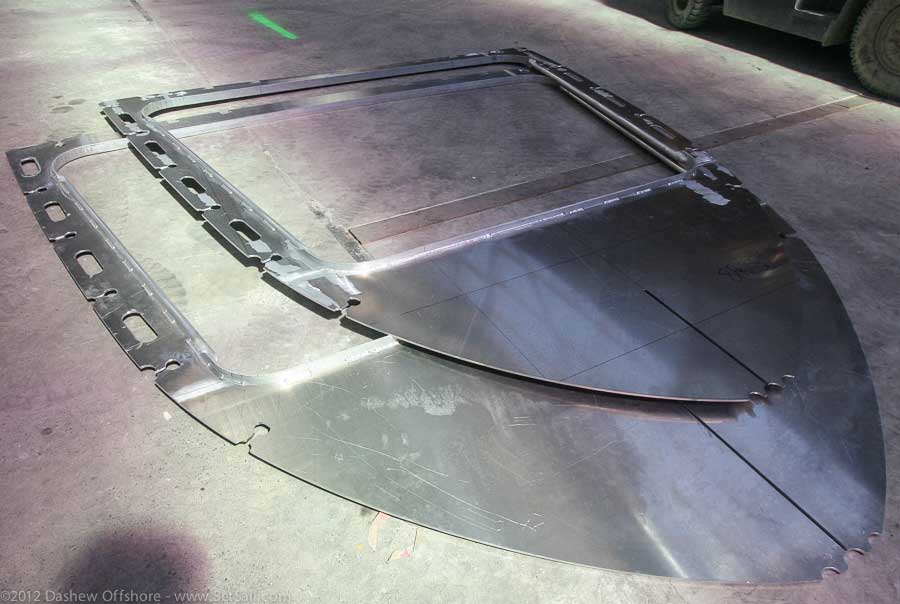 Bulkheads before local stiffening has been applied. 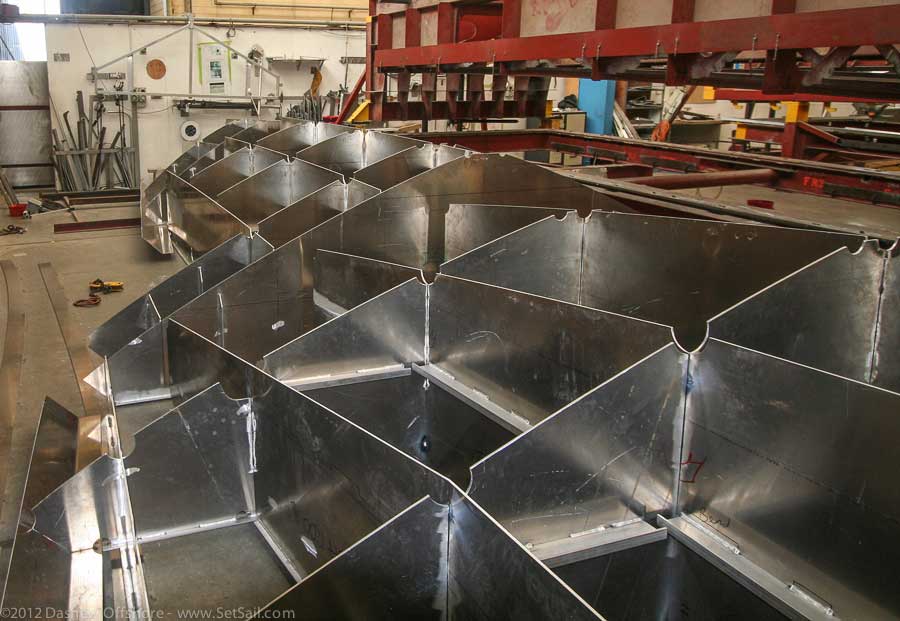 And now scale. That is the bulkhead at the aft end of the owner’s suite. The cut out for the doorway will give you a sense of the size of this bulkhead. 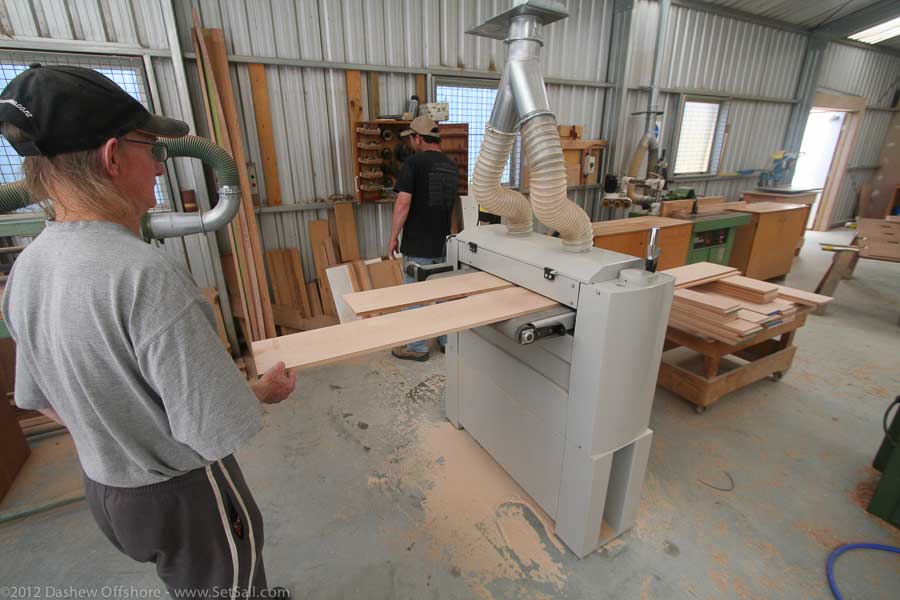 At the same time as the metal fabricators are hard at work, the chippies (carpenters) are in full swing on FPB 97-1. 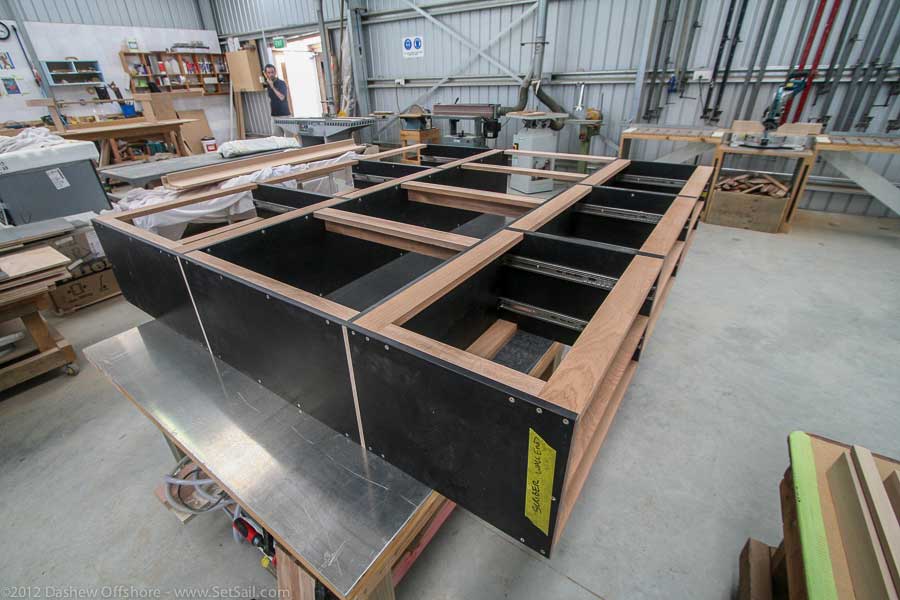 The master bunk module has already been assembled. 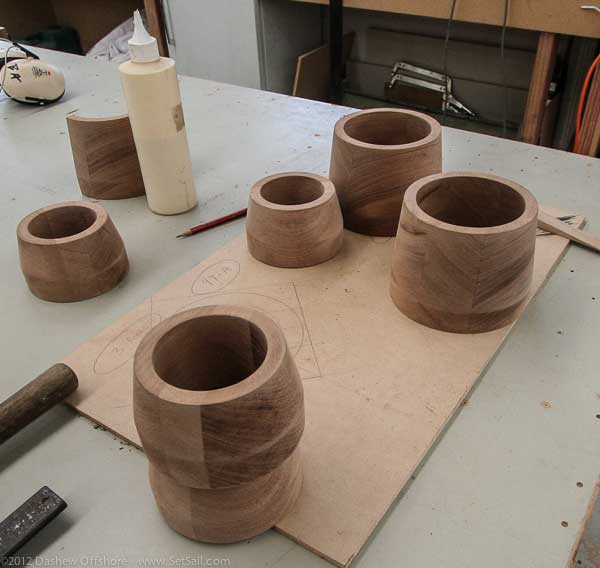 We’ll close with this shot of what will eventually become fiddle rail corners.

This entry was posted on Tuesday, October 30th, 2012 at 9:55 am and is filed under three, Wicked FPB 97. Both comments and pings are currently closed.